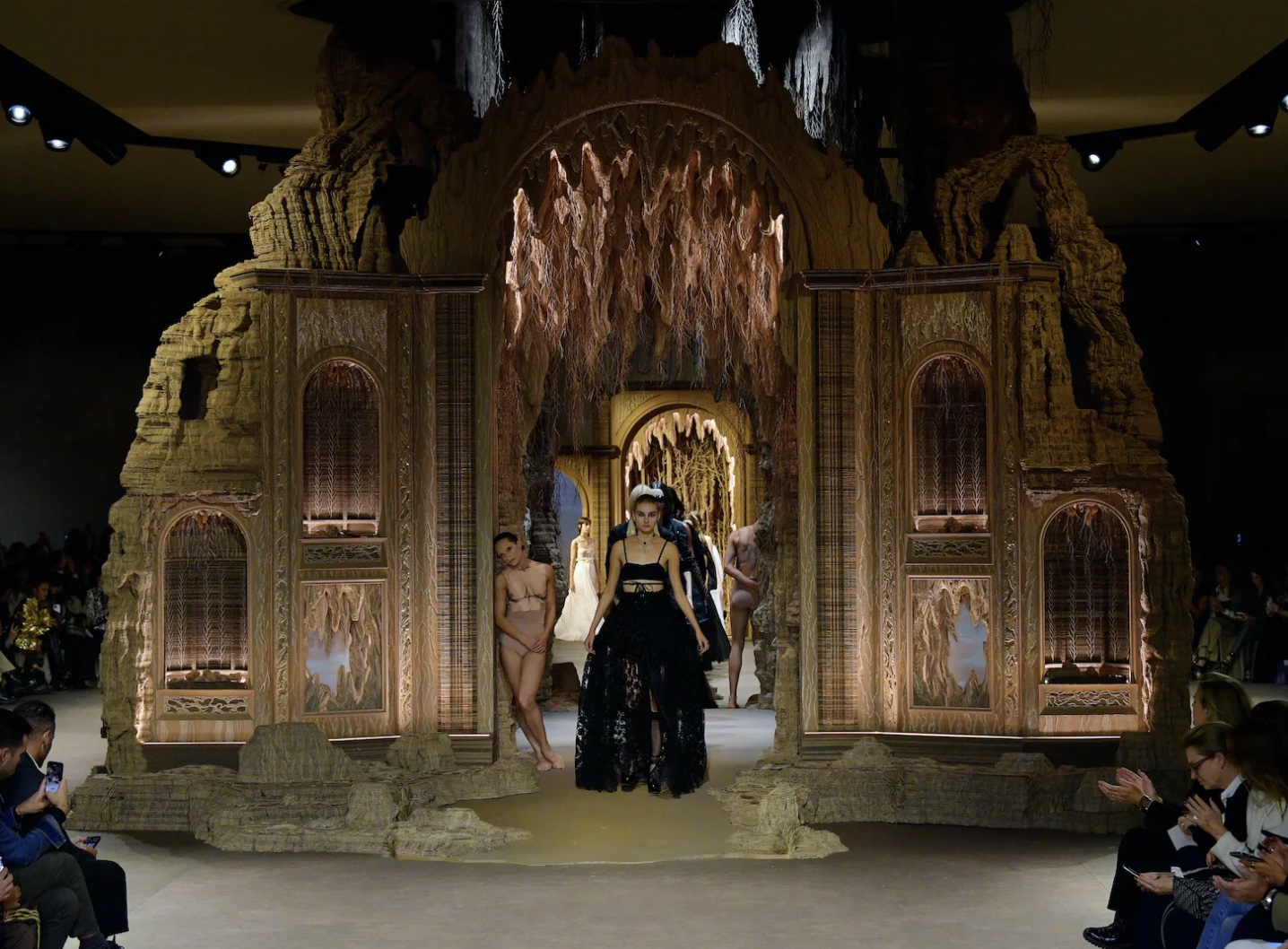 This season, Maria Grazia Chiuri’s focus on the Dior Spring 2023 collection was Catherine de’ Medici. This representation brings back some 16th century aspects of fashion, while also making a strong feminist mark. Catherine de’ Medici was the Queen of France from 1547 to 1559. She was a well-educated, creative and energetic woman and played a big political role in the first three French Wars on Religion, often called the Huguenots. Baroque style in the art world is exaggerated, dramatic and well detailed. Fashion itself during the Baroque period was not too different either. Catherine de’ Medici is also known for her eccentric and mature baroque fashion. From hoop skirts, to corsets, to jeweled details, the Dior Spring 2023 collection captured it all.

Black lace, floral patterns, heels, hoop skirts, jewels, and corsets were all featured in the collection. The use of grey, white and black tones in combination with so many textures gives off the Baroque stone and mature style. The set itself replicated a medieval castle using cardboard. The whole atmosphere from the music, the decorations, and the dancers all brought viewers back in time, with a modern twist of fashion.

One of the models created the inspiration for the makeup, which also fit the theme. Most models wore makeup with a bold cat eye. The choice couldn’t have been more perfect to suggest the powerful statements of both the show and Catherine de’ Medici. The makeup choices also draw viewers’ attention to the female gaze. W Magazine even suggests that this makeup look could suggest what Catherine de’ Medici would have worn today.

The Dior Spring 2023 Show and Catherine de’ Medici’s influential persona was not one to miss and definitely one to check out if you haven’t already.