When A$AP Rocky isn’t sipping on some purple drink, he’s designing some sneakers. On September 14, A$AP Rocky and Under Armour released the SRLO sneakers. A$AP Rocky knows his way around fashion, often shouting out designers in songs and keeping fly all the time.

The sneaker is reminiscent of the Osiris D3 skating shoes from back in the 90s. A$AP Rocky although not much of a skater, loves the look of the skate shoes and paid homage to it with his sneaker designs. Luckily for him, fashion recycles itself so something popping in the 90s is due for a comeback.

The SRLO sneaker comes in all-black and black and white. It has Under Armour HOVR cushioning, and reflective laces. 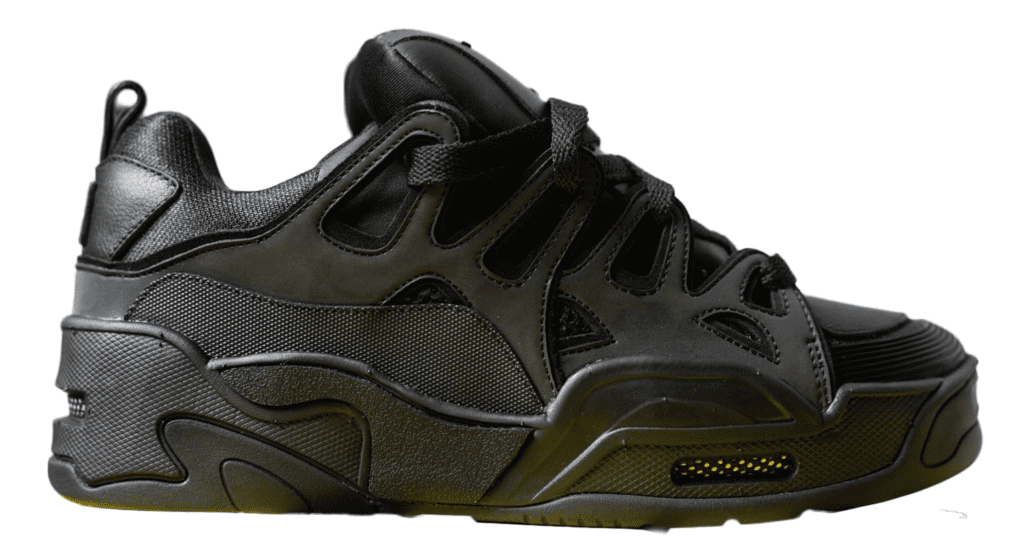 Rocky may not be planning on skating in his shoes but catch him at the biggest rave rocking his SRLO. Think about it, comfortable, prevents weird liquid spills from touching your bare feet, and looks pretty cool. The sneaker definitely makes a great rave wear shoe. Nothing is worse than getting something sticky on your feet in sandals, right?

The SRLO was part of a rave-themed pop-up shop in Harlem on September 14. 250 pairs of each colorway were reported to be available at the cost of $250 a pair. The pop-up event was sold out of sneakers by the end of the night.

The sneakers aren’t available anywhere as of now for purchase unless you’re really into buying them for twice the price auctioned off on the internet. Hopefully, Under Armour and A$AP Rocky will release more of the SRLO sneakers at another pop-up event or online. Until then, keep a lookout for the SRLO sneakers.

The Future is Female with Lacoste’s New Creative Director

The Angels Have Landed: VS Fashion Show 2016