The American Cancer Society is teaming up with celebrity ambassadors this month to encourage their families, friends, fans and followers alike to “Get #YOUnited” in the fight against breast cancer by purchasing celebrity designed merchandise and giving donations. With this new campaign, ACS has engaged notable pop culture figures to become ambassadors in championing this fight, such as mega producer DJ Khaled, multi-platinum artist, global philanthropist French Montana, three-time Grammy nominated artist Jhene Aiko, and singer and actress, Kristin Chenoweth. While hundreds of thousands of ACS’ “Making Strides Against Breast Cancer” participants will be rallying in their local communities throughout the month of October, these key influencers will leverage their celebrity platform to promote the “YOUnited” theme on social media – joining ACS’ collective national movement to raise awareness and funds for breast cancer, and coming together to help save lives from this disease.

To su​pport the campaign’s mission, each celebrity ambassador and pairing took part in a “Get #YOUnited” compelling PSA and designed an exclusive team T-shirt in support of breast cancer patients, survivors, and those affected by the disease. The core goal of the talent involved is to engage people to buy one or more of the four limited edition shirts or make a donation, creating a sense of unity and real movement that brings hope on a local and as well as national scale. Net proceeds from shirt sales and all donations benefit ACS to fund its mission to support breast cancer patients everywhere. People are encouraged to wear their team shirts to one of more than 200 ACS Making Strides Against Breast Cancer walk events near them to further support the cause.

Khaled, Montana, Aiko and Chenoweth have all been affected by cancer. Leading this national movement is a priority for them to use their influence and platform to activate fans to team up and get #YOUnited to help eradicate breast cancer.

“Someone near and dear to me was recently affected by breast cancer. I had to step up and do my part to help those fighting this disease,” said Khaled. “We are all in this together. Let’s make a difference.”

“I met my friend, Nalie, several years ago when she was battling cancer and did the dance challenge to UNFORGETTABLE. She’s an inspiration to me, always positive and always smiling,” said Montana. “That’s why ‘Thriver’ best describes her.  This is my gift to her and the others out there living with breast cancer.”

“It’s an honor to work with the ACS again. I wanted to create something personal for my ‘Team Yagi-san’ in memory of my brother and those affected by this disease,” said Aiko. “I partnered with my good friend Kerby Jean-Raymond to design something special.” 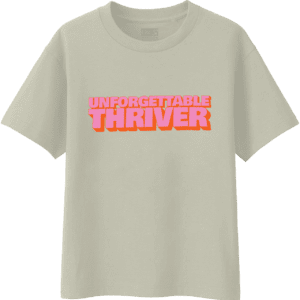 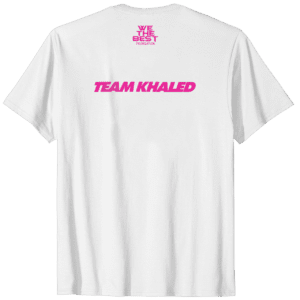 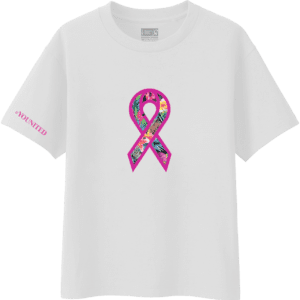 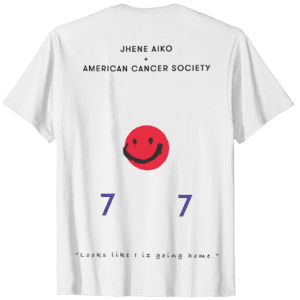 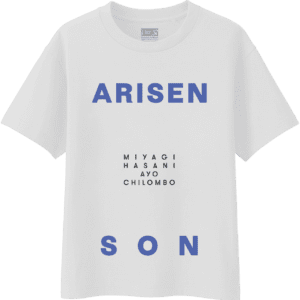 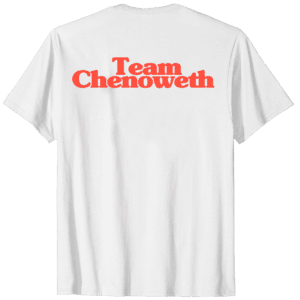 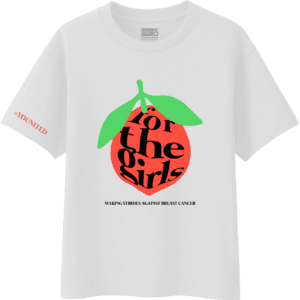 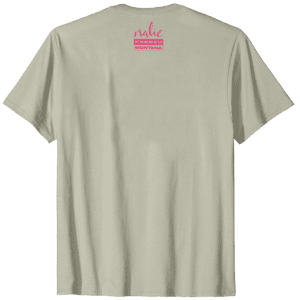 “I’ve been very open about the important people in my life that have been affected by breast cancer. My mom has survived it several times, my aunt is a survivor and several close friends of mine went through their cancer journey,” said Chenoweth. “Anytime I can support those in this fight I will. This is something very important to me.”

The “Get #YOUnited” campaign officially launches today marking the kickoff of Breast Cancer Awareness Month. To learn more about the ACS “Making Strides Against Breast Cancer” program click here, and to purchase a T-shirt from the celebrity team of your choosing to walk or make a donation click here.