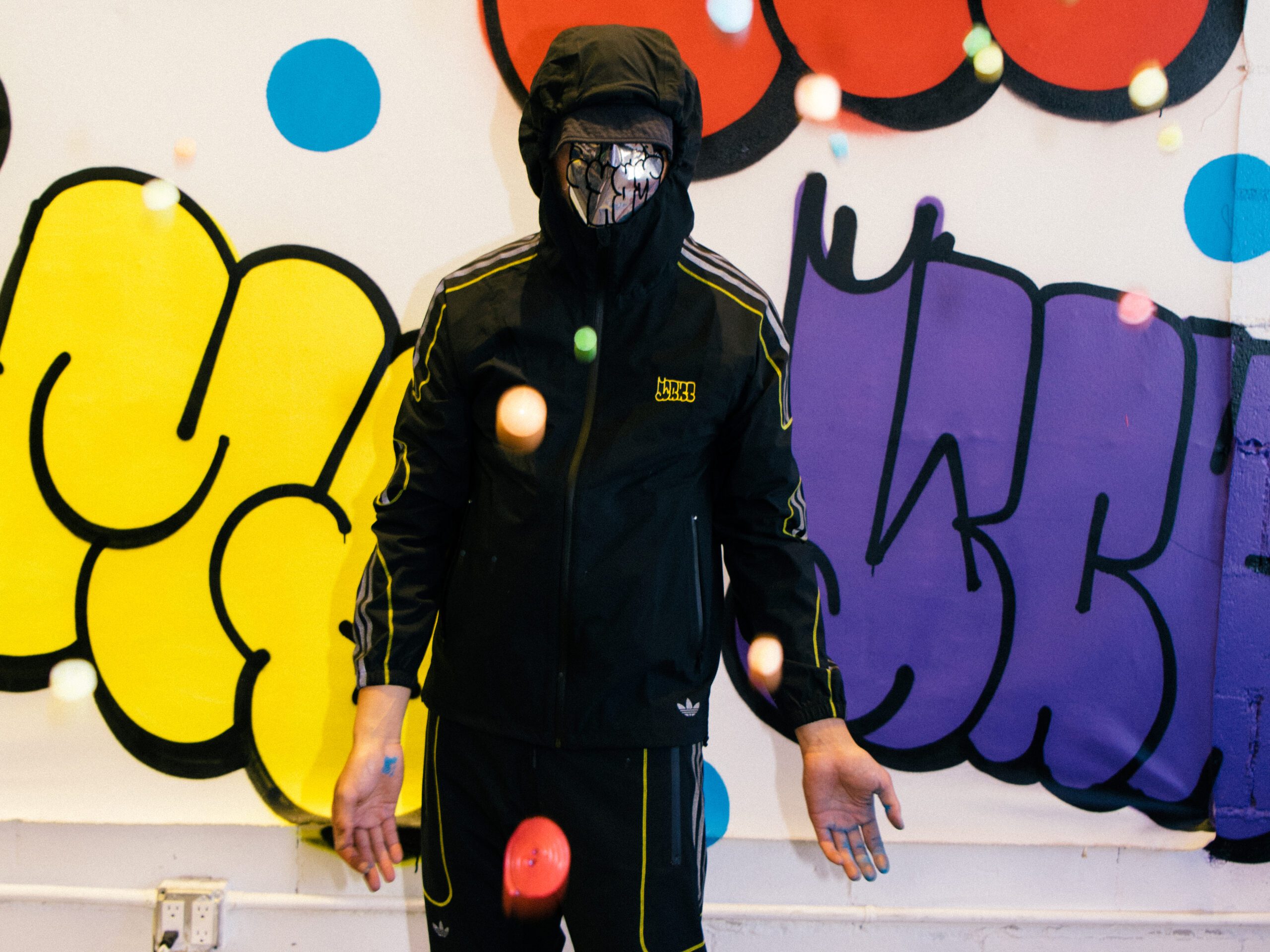 From the fractured murals plastered across the walls of Berlin to the bombed-out subway cars and tunnels of New York City, graffiti has made an indelible, iconic mark on the aesthetics of urban spaces around the world. In more recent years, Tokyo has become another global go-to for those tracing the evolution of graffiti culture around the world. The city’s graffiti projects a distinctive style that has spread to other Asian metropolises such as Hong Kong, Taipei and Seoul, and arguably the most influential graffiti artist across the continent is the founder of infamous crew 246, WANTO. 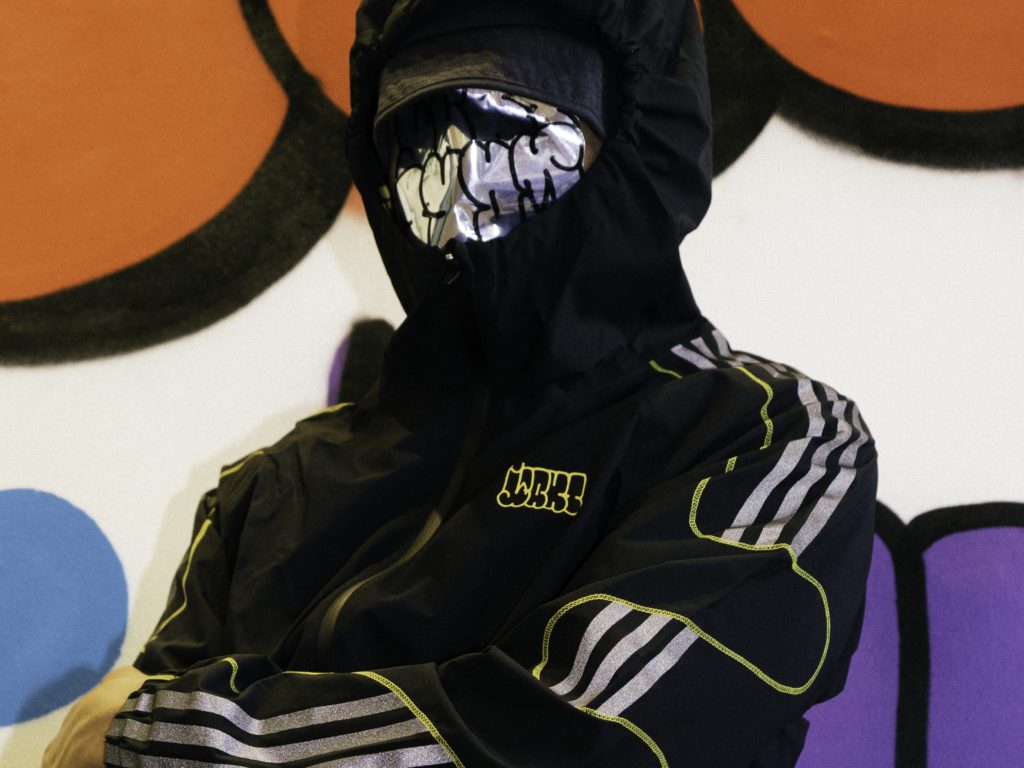 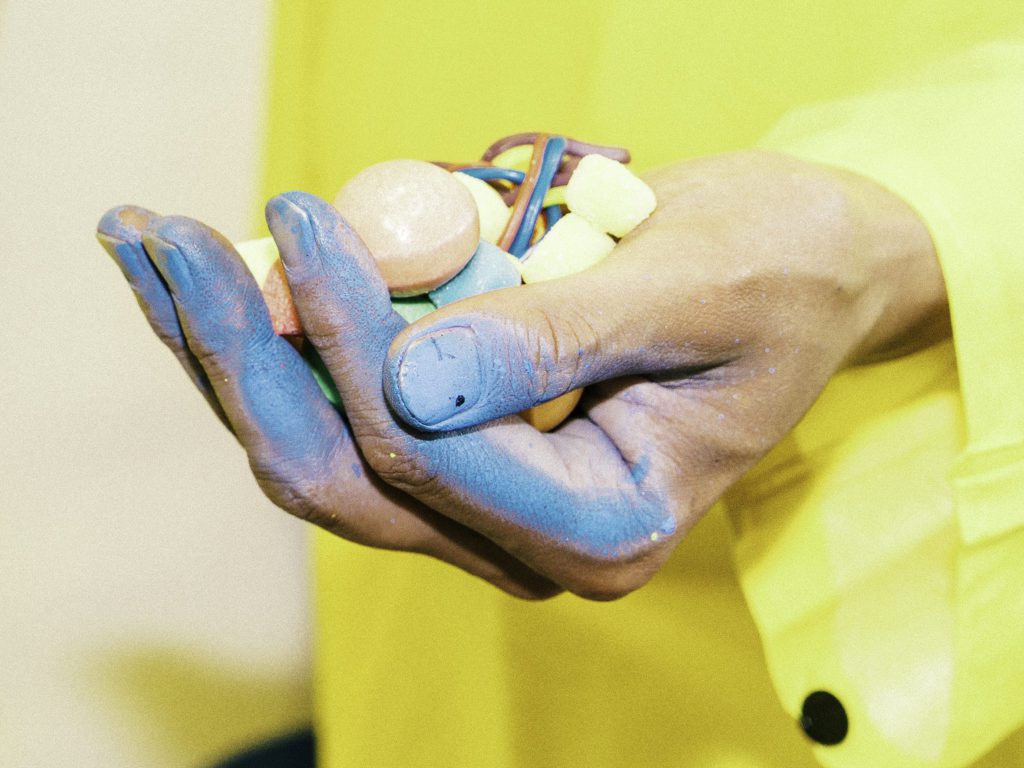 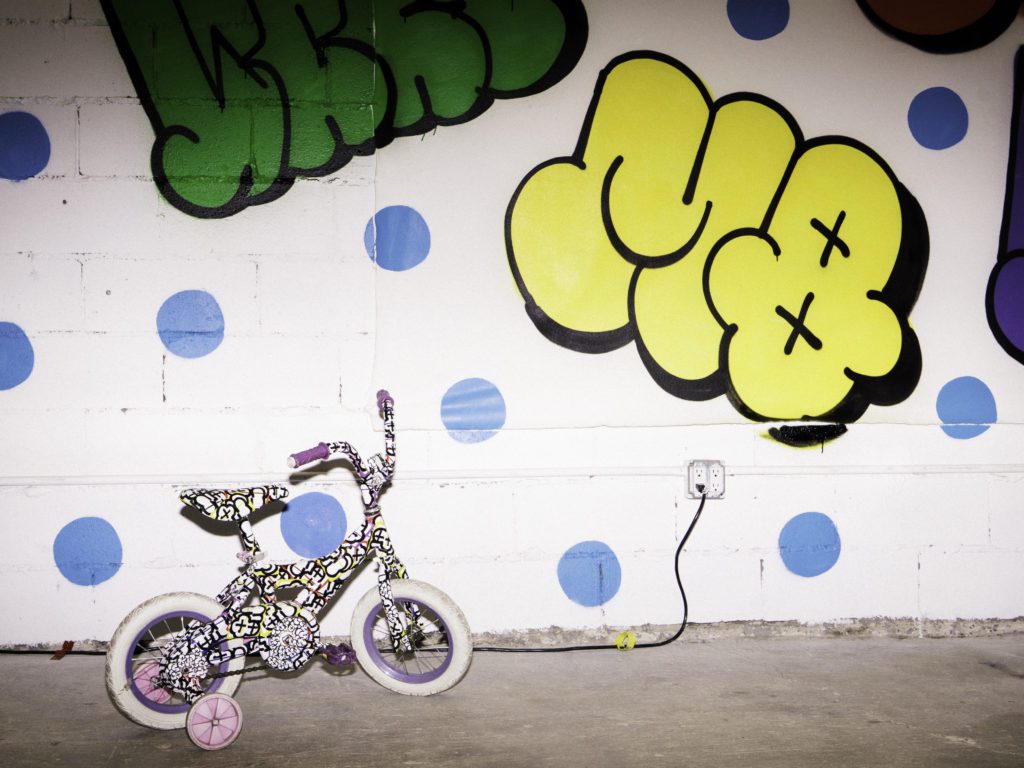 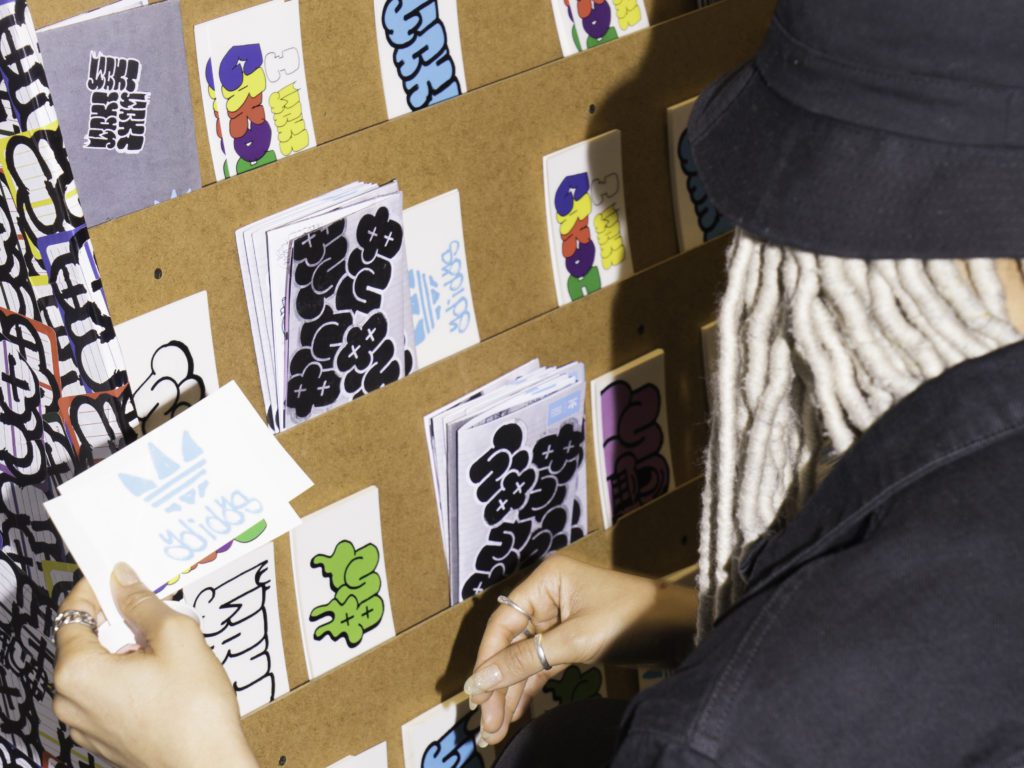 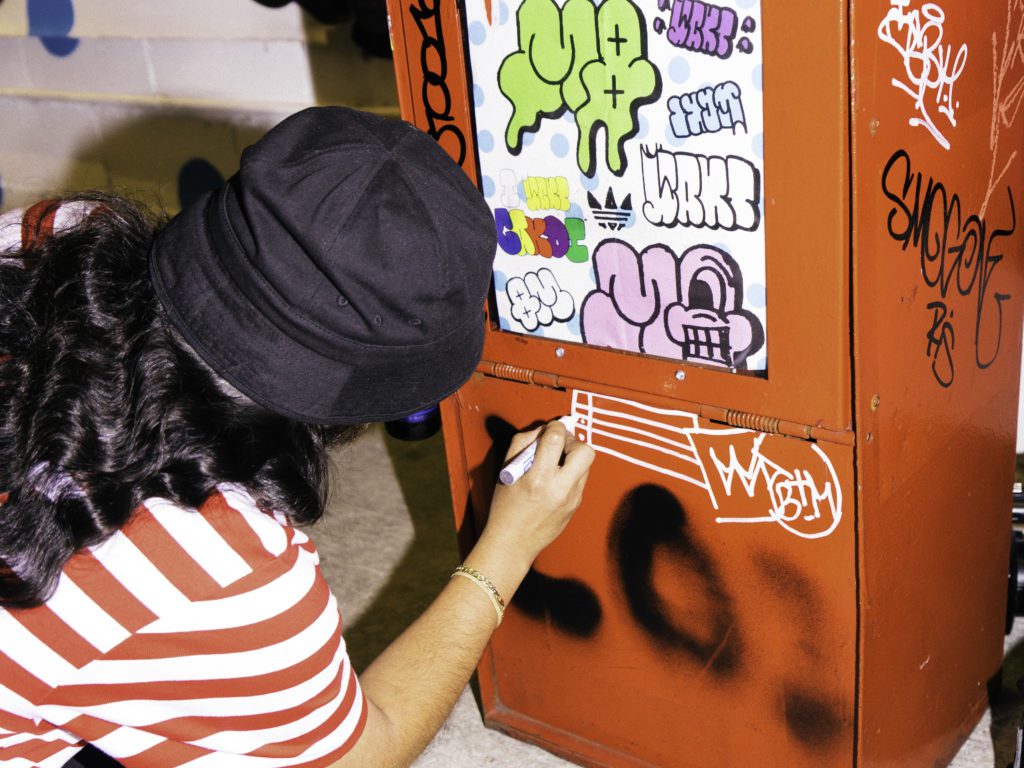 Inspired by the tags and throw-ups of mid-90s American graffiti artists, WANTO developed his instantly-recognizable spiky ‘W’ tag. The WANTO style has also increasingly played its own part in Japan’s fabled streetwear culture, culminating in a three-way collaboration last year between the artist, adidas Originals and United Arrows & Sons. Together, they captured WANTO’s urban canvases, hand-painted style and covert roots across a range of apparel pieces. 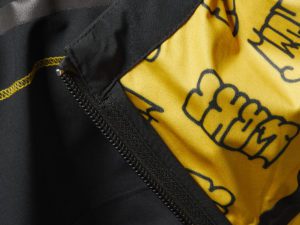 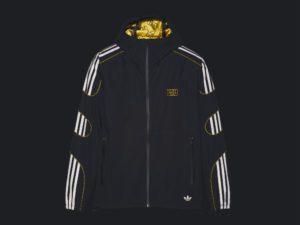 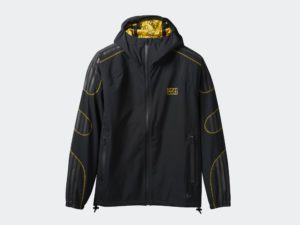 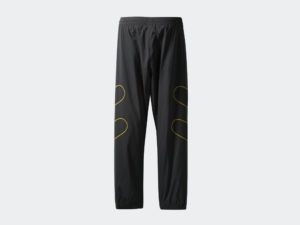 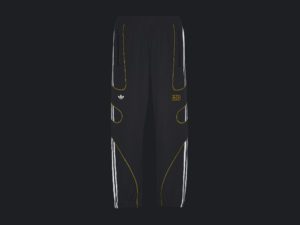 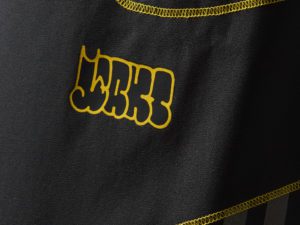 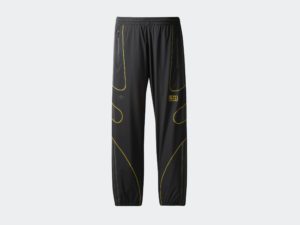 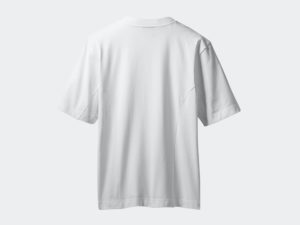 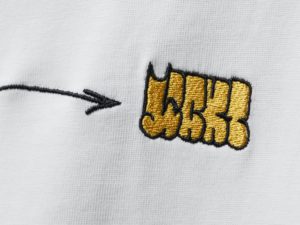 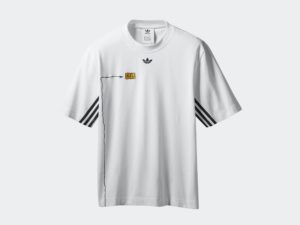 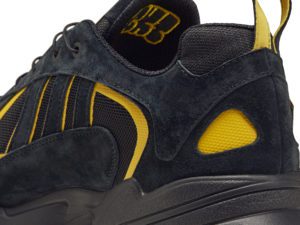 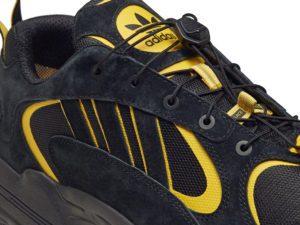 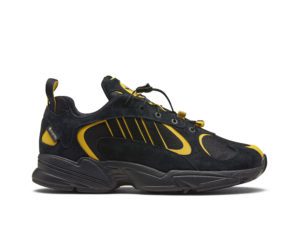 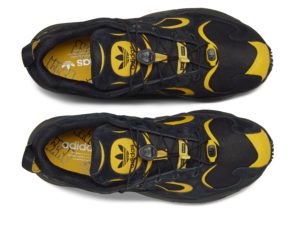 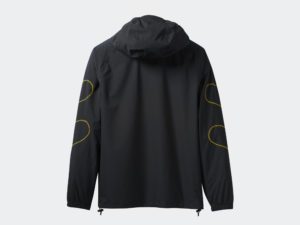 For SS19, adidas Originals once again joins forces with WANTO, on a pared-back range of premium sportswear pieces. The starting point for the collaboration came from WANTO’s desire to create the ideal outfit for wearing while working on his art. The resulting complementary pieces are built around a blacked-out matching track top and track pants, both of which feature minimal, bright yellow accenting across the outer layers and a bright yellow lining with graffiti motif created specifically for these pieces. The track top also features three stripes on each arm made from reflective material for increased, though still relatively under-the-radar, visibility during nocturnal activities. A white, short-sleeved t-shirt with hand-drawn WANTO illustration rounds out the apparel offering, while a singularly-WANTO take on the adidas Yung-1 lifestyle shoe carries the collection aesthetic into the footwear arena. With a blacked outsole and largely blacked-out uppers, the chunky, functionality-focused aesthetic of the shoe recalls the same golden nineties era from which WANTO’s style was born, while the flashes of bright yellow across the uppers, insole and tongue catch the eye almost as much as WANTO’s bombastic tagging does.

Accompanying the collection is an immersive art exhibition called ‘I Want Candi’ in NYC at the adidas Brooklyn Farm space.  It opened to the public Thursday 23rd + Friday 24th from 3-9pm.

Adidas Originals x WANTO SS19 will be available for purchase on 30th May.