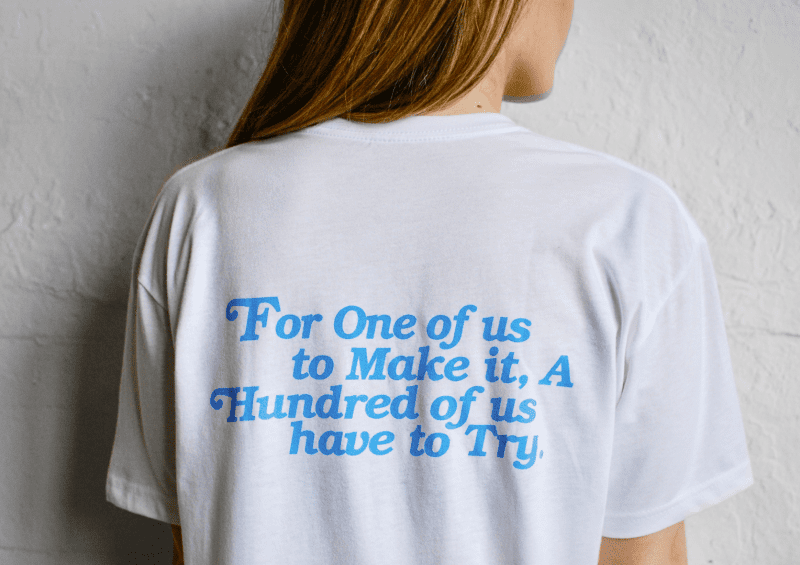 Netflix and NYC fashion-design duo Bronx Native will debut a one-of-a-kind T-shirt that celebrates the inspirational women of the newly released documentary Knock Down The House, further bringing to light the everlasting impact of their actions.

The powerful film follows the moving stories of four women, including U.S. Representative for New York’s 14th congressional district, Alexandria Ocasio-Cortez, as they take on the congressional establishment. During a time of historic volatility in American politics, these women made profound leaps and strides toward positive change by mounting grassroots campaigns and building a movement.

On creating the film, Rachel Lears, Director, Knock Down The House, says, “I wanted to tell a big story in this new political reality about people working across cultural and geographical divides to change American politics. As a woman, I identify strongly with these candidates’ struggles to overcome self-doubt and the underestimation of others, and to turn adversity, pain, and loss into a new vision of leadership.”

Much like the documentary, which champions the roots of our heroines, Bronx Native is a brand focused on empowering residents to celebrate where they’ve come from. The custom-design reflects Bronx Native’s signature graphic style and identity — strong, beautiful and ambitious — while featuring a direct film quote from a Bronx native herself, Alexandria Ocasio-Cortez: “For one of us to make it, a hundred of us have to try.” Honoring the timeless human stories at the heart of Knock Down The House, the T-shirt brings the message of female empowerment from the screen to everyday life.

“If we choose to be brave, we don’t have to be anxious about our future. That is what this film, and now this partnership with Bronx Native, means to me,” says Alexandria Ocasio-Cortez, U.S. Representative. “We can be whatever we have the courage to see.”

Drawing inspiration from their local community, Bronx Native brought to life a visual identity reflective of their culture. “We believe the message shared by the four women in Knock Down The House should live beyond the medium of film,” says Amaurys Grullon, Co-Founder Bronx Native. “We’re so excited to be a part of this movement, as it not only allows us to create and design for a subject we’re passionate about, but also brings to life the ambition and strength of The Bronx in a more tangible way.”

“As a female business leader myself, I couldn’t be more proud to rally around this cause,” says Rosalyn Grullon, Co-Founder Bronx Native.

The limited edition, unisex T-shirts will be showcased through a social media campaign, inviting followers to share what they’d like to “knock down” via Knock Down The ____. The T-shirts will also be selectively distributed at community screenings and viewing parties across the United States. To learn how you can sign up to host a community screening or house party, please visit www.knockdownthehouse.com. Knock Down The House is now streaming globally on Netflix.