Dolce & Gabbana try to create hype over their widely anticipated fashion show in Shanghai and it ends in their show’s cancellation. The social media post that launched a thousand angry responses, features a video of an Asian model eating spaghetti, pizza, and cannoli with a pair of chopsticks. 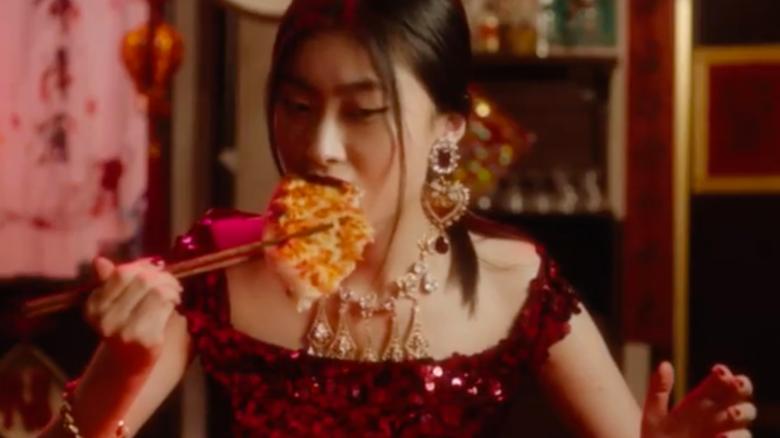 Many commenters interpreted the video as a racist post which was aggravated more by aggressive comments from Stefano Gabbana’s Instagram account targeting critics. Gabbana stated it that his Instagram was hacked and that they were investigating.

In a statement, Domenico Dolce and Gabbana said:

“Our dream was to bring to Shanghai a tribute event dedicated to China that tells our story and vision. It was not simply a fashion show, but something that we created especially with love and passion for China and all the people around the world who loves Dolce & Gabbana. What happened today was very unfortunate not only for us, but also for all the people who worked day and night to bring this event to life. From the bottom of our hearts, we would like to express our gratitude to our friends and guests.”

Dolce & Gabbana’s The Great Show took six months of planning and was intended to show appreciation for their Chinese customers. But it isn’t the first time that the clothing brand has received backlash for a marketing campaign. In 2017, Dolce & Gabbana published a campaign on Weibo, a Chinese microblogging website, that depicted Beijing as an underdeveloped city. Dolce & Gabbana delete the post after complaints.

One Chinese model due to walk in the show said in a statement:

“I think it’s a pity for both sides. I have never known this to happen before. Mistakes have been made by Dolce & Gabbana, and when the problem blew up on social media, they didn’t act fast enough to explain themselves. But I think this is a shame for them, and I guess it will be news across the world tomorrow.”