Johnson and his business partner and ex-wife Danny Garcia, teamed up with sports management company RedBird Capital to acquire the professional American football league XFL. The league had seen some rough days in the past year. Amid the corona-virus pandemic, the 2020 season was cancelled in March, all the employees were fired, and they recently filed for Chapter 11 bankruptcy in April. Johnson and his team swooped in hours before the XFL was set to be auctioned off and bought the league.

The XFL was originally founded by the World Wresting Federation (WWF), now known as the WWE. It was meant to be an alternative to the NFL’s world of professional football. The XFL had played a single season in 2001 that started strong with solid viewership but ended up failing to maintain viewer interest. 2020 was meant to be the return of the XFL with a ten-game season slotted in the weeks following the Super Bowl. The return would come with new rules for football that would make the game quicker, more interesting, but also safer for the players.

Johnson, a former American football player himself at the University of Miami, stated that his decision to buy the XFL was rooted in two things, “…my passion for the game and my desire to always take care of the fans…”

XFL President, Jeffrey Pollack, XFL had this to say on the matter,

“This is a Hollywood ending to our sale process and it is an exciting new chapter for the league. Dwayne, Dany and Gerry are a dream team ownership group and the XFL is in the best possible hands going forward.”

The deal is to go to the bankruptcy court for approval, and if approved, the deal is expected to be completed by the end of the month. No information on when the XFL season would begin was released by Johnson or his team. However, their competitor, the NFL will continue to start their season in the fall, despite the corona-virus concerns.

Johnson has managed to become one of the most instantly recognizable and profitable movie-stars, and he recently overtook Kylie Jenner as the highest-paid celebrity on Instagram. It will be interesting to see how he and his team shake up the world of football with their newly acquired football league. 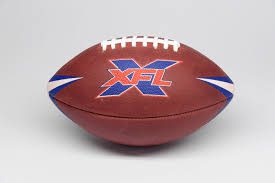