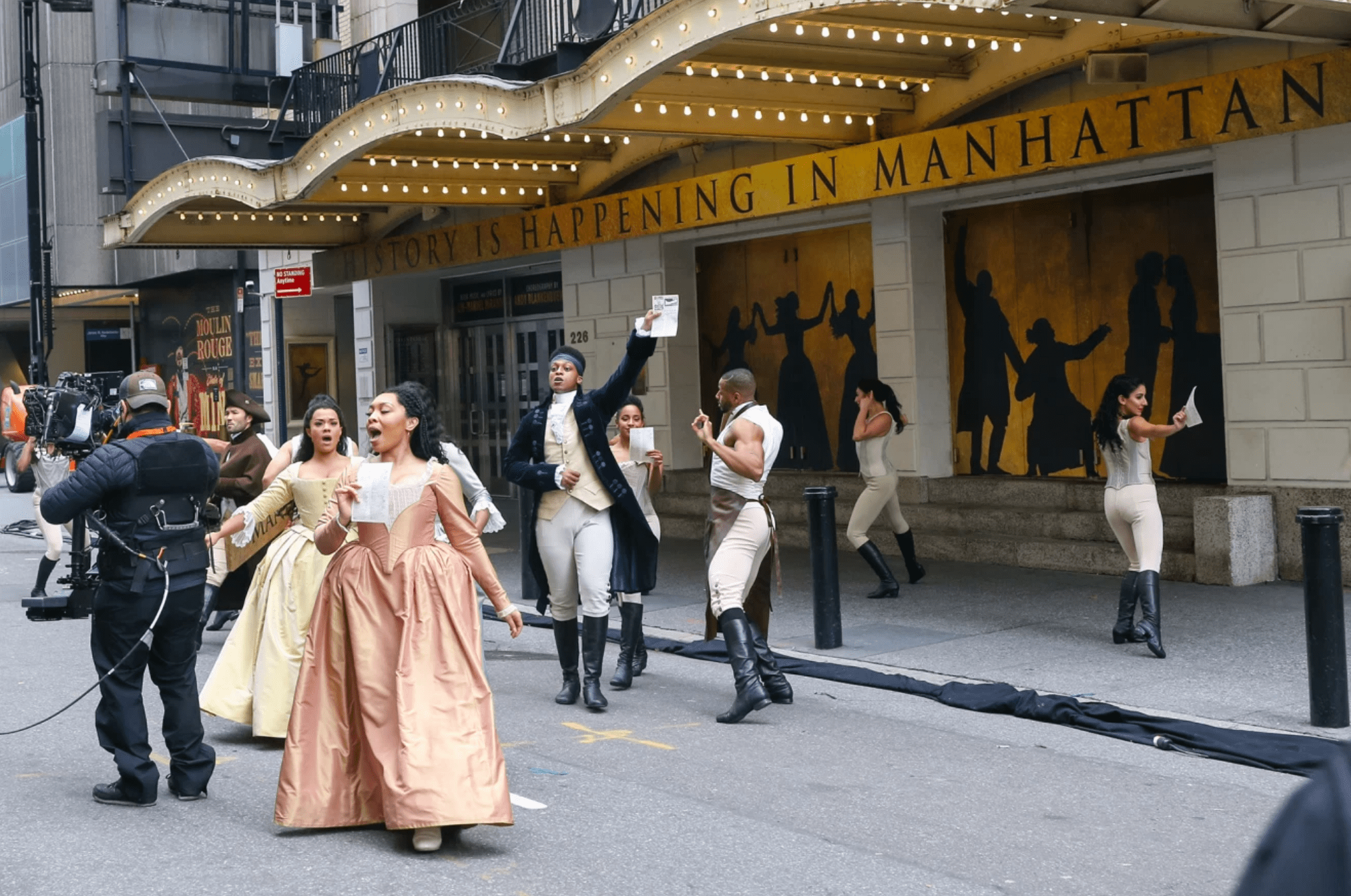 Following the Broadway shut down in March due to the coronavirus pandemic, NBC announced the line-up of Broadway shows that are set to perform in the 94th Annual Macy’s Thanksgiving Day Parade. All Broadway show performances will be filmed in the weeks leading up to November 26 and then premiere with the rest of the parade performances.

Although this year’s event won’t be the same, the Macy’s Thanksgiving Day Parade will still have theatrical performances from Hamilton, Mean Girls, Jagged Little Pill, and Ain’t Too Proud.

In preparation for the pandemic, the event would not feature any spectators and the route of the parade would be shortened. Instead of starting at West 77th Street for a two-and-a-half-mile route, floats and performers would cover just one city block down 34th Street. Rather than having the balloons flown by around 100 people, the parade opted for five utility vehicles to drive the balloons. With these new restrictions, the parade planned to limit the number of people involved with the balloons. The people involved in the preparation have been cut down from between 8,000 and 10,000 workers to about 1,500.

“We still wanted to deliver what people expect on a Thanksgiving morning,” Susan Tercero, the event’s executive producer, told the New York Times. “But it’s going to look like a parade during Covid times: We’re going to have people in masks and we’re going to be socially distanced.”

In addition to the Broadway shows, other performances that are set to appear include the NYPD Police Band, the West Point Marching Band, the Big Apple Circus, the FDNY Emerald Society Pipes and Drums, and the West Point Band. Some musical appearances include Dolly Parton, Jordan Sparks, Patti LaBelle, Pentatonix, and many more.

“For decades we’ve celebrate the holiday season with viewers worldwide, and this year will be no different,” Bill de Blasio tweeted. “Working closely with Macy’s, we’ve planned a safe and creative event worthy of this holiday tradition.”