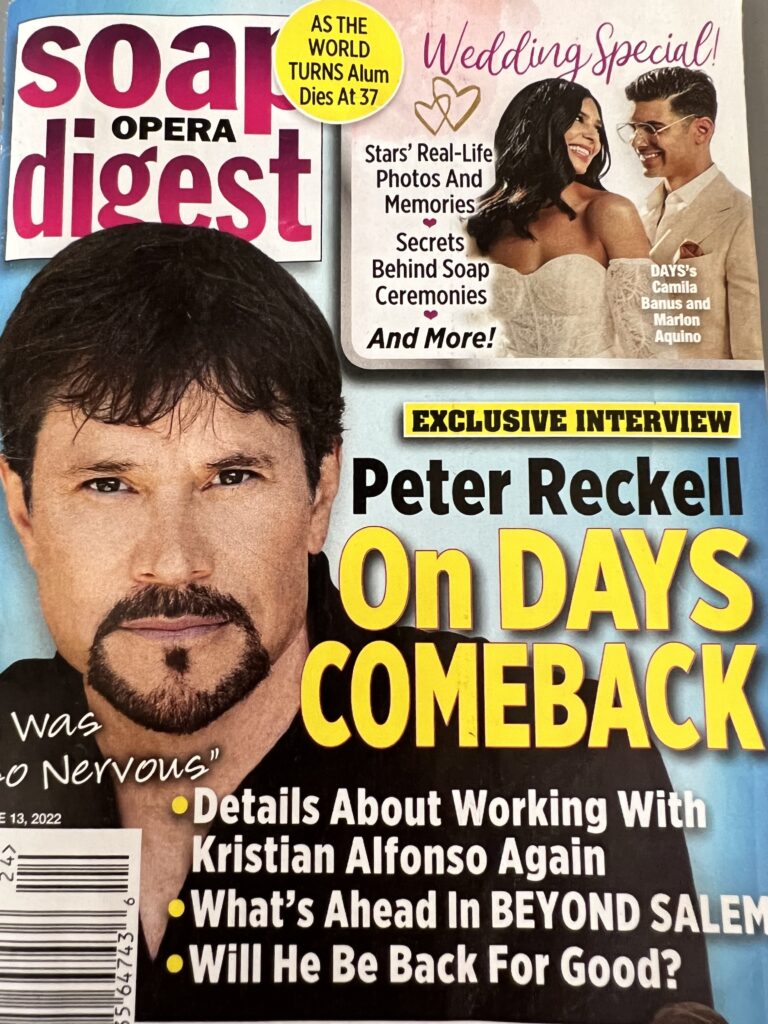 Last week “Days of Our Lives” fans said goodbye to Marci Miller and her character Abigail Deveraux-Dimera. Abigail’s husband, Chad, found her unconscious and stabbed on their bed in June 10th’s episode of “Days of our lives”. Miller’s exit from the show was a shock to fans, and they were not shy to show how angry they were about this decision. Deveraux-Dimera is a legacy character and she has been on the show on and off since October 19, 1992.

Miller decided to leave the show to pursue other projects and to have the opportunity to play other characters. In an interview with Soaps.com, she explained that she is not at a point in her career yet where she wants to be tied down to a certain role for a long period of time. She wants to do film and gain experience playing a variety of roles. She hinted at having to give up other opportunities while on “Days of Our Lives” because she was under contract. It is common for soap actors to leave their show to pursue other things, but usually soaps will recast to make up for the actor’s departure.

Miller’s exit from the show was not made public before her departure aired. There were whispers among fans about the possibility of her departure, but when it actually happened fans were outraged and did not believe that their favorite character was gone. Some fans on YouTube commented how angry they were that Miller’s character was gone. One fan commented that she would rather the show recast a new actress as Abigail (like they have done a few times before).

Miller also thought “Days of Our Lives” would just recast her character, and was very disappointed when that was not the case. She recognizes the importance the character has in the show and the impact Abigail has on fans and said she does not agree with how the writers of the show handled her exit.

Some fans still believe that Miller will be back in a few months as Abigail, but she made it clear that she will not be back next year. Other fans are holding on to hope that the character will be recast, and Abigail will somehow come back to life in true soap opera fashion. For now fans will have to sit back and just watch the show to see if this is just another false death on a soap opera or if “Days of our lives” made the mistake of killing off a beloved legacy character.