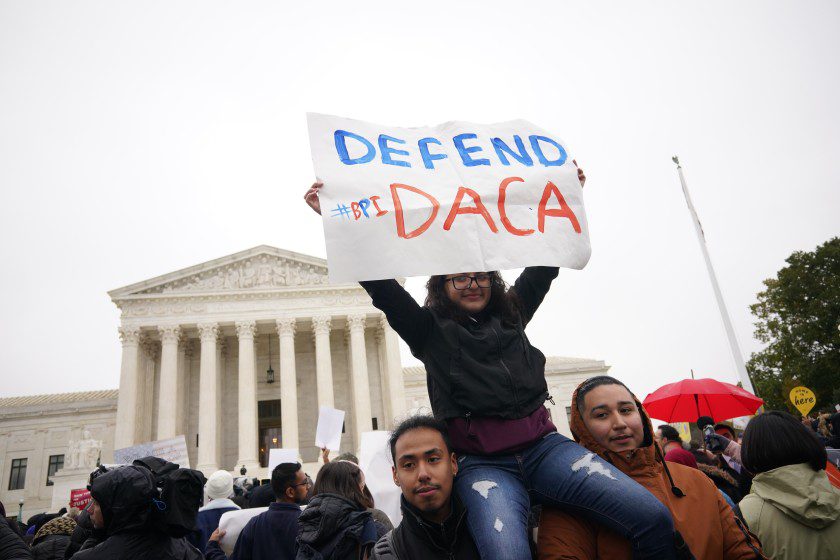 On Tuesday, the administration announced that it will roll back the program that Obama created that protects immigrants who were brought here illegally as children. In 2012, former President Barack Obama pushed for the approval of the program in order to make the country’s immigration policy fairer.

“They are Americans in their heart, in their minds, in every single way but one: on paper,” said Obama. “They were brought to this country by their parents – sometimes even as infants – and often have no idea that they’re undocumented until they apply for a job or a driver’s license, or a college scholarship.”

President Trump promised his supporters that he would focus on reforming immigration policies and strengthening the border security. One way he chose to do this was by targeting the DACA program, calling it “illegal”. Although the Supreme Court blocked Trump’s attempt to terminate the program completely, he still chose to restrict it in some way.

In an interview with NPR, Ken Cuccinello, deputy secretary of the Department of Homeland Security, said that the move was an “interim action”. This means that Trump’s goal was to stabilize the program to prevent any threats to the public safety.

This isn’t the first move the Trump administration has made in order to restrict foreigners from entering the country. In 2017, Trump signed an order known as the Muslim Ban which temporarily prohibited people from seven predominately Muslim countries from visiting the U.S. In addition, the same order called for the indefinite suspension of all Syrian refugees trying to enter country.

Trump built his campaign on rhetoric that many consider to be extremely nationalistic to the point where it’s discriminatory. The reasoning behind limiting the DACA program is to protect the national security of the U.S., but it’s shocking to think that a child can be considered a threat to a country’s safety.

The new order will renew the applications for those who already have them, but for one year, instead of two as it was before. However, currently the Department of Homeland Security isn’t accepting new applications.

Legal battles are expected to ensue concerning the legitimacy of the DACA program. Although the Supreme Court blocked the White House from ending the program, it’s now in the hands of Congress to find a permanent solution.