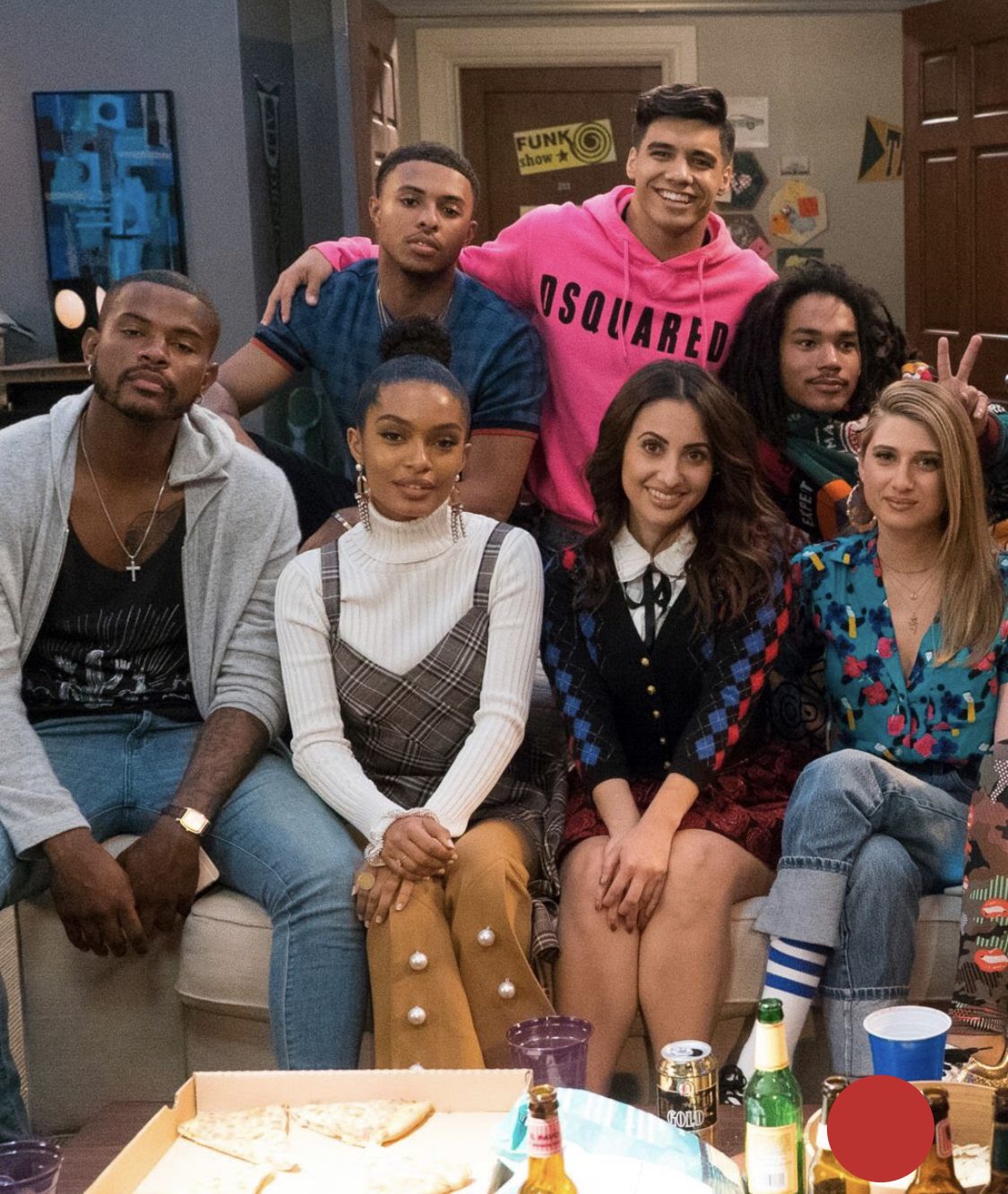 If you have seen the first steps of Zoey Johnson , played by Yara Shahidi, stepping into her life of obstacles that come with adulthood, along with her amazing cast Nomi(Emily Arlook), Aron(Trevor Jackson), Ana(Francia Raisa, Vivek(Jordan Buhat, Jazz & Skye(Chloe & Halle), Luca(Luka Sabbat) and Doug(Diggy Simmons). Zoey Johnson is the visual artist, that uses her keen eye for fashion inspiration and statement pieces, along with her creative effortless boyfriend Luca that establishes his own representation of his style and creative insights that influences him to create. The show captures each of the character’s style that implements their own individuality.

Nomi- Captures her own tomboy and feminine side using different patterns to express her own ensembles that represents her unbiased visuals between the sexes and high importance of women’s acceptability on relationship politics, sexual exploration and self-identity.

Aron-The campus activists, that values the political and social change of African American’s, as well as cultural appropriation. His style is modernized with comfortable pieces on the show.

Ana- Zoey’s Roomate style of fashion is seen as chic and conservative. Her fashion statement’s exemplify’s her sophisticated side.

Vivek- Expresses his love for expensive brands. Vivek is seen as the scholar chemist and dealer on the show, but he isn’t afraid to pull out the Gucci.

Jazz & Skye- Campus track star’s style on the show ranges from different types of styles and patterns that expresses their own arena of fashion.

Doug- Showcases a lot of old school patterns throughout the show that are clean. He’s wardrobe consists of additional statement accessories such as chains to complete his look. Some of his patterns may be viewed as some seen in the 1960’s or vintage. However, he never disappoints. He find’s a way to make it his own.

Luca- Zoey’s boyfriend,  another fashion expert on the show is seen in street chic comfortable wear and added accessories such as rings and necklaces to set off his look. He does not conform to any of the fashion standards, he wears what he deems fire.

Costume designer Michelle Cole had an exclusive eye for this show’s wardrobe and also wanted the audience to relate to it as well. Michelle stated in 2018 to Teen Vogue in an interview,

“I majored in costume design and my first job was on The Young and the Restless with David Hasselhoff. The hours are long. I started today at 5:30am, so we can get our first shot out. You have to love this. There will be a lot of days when you won’t, but you have to be persistent. It’s almost like a football team: who is going to make it and who won’t. And it doesn’t make you a weaker person if you don’t make it. You have to show a desire for it when you get in the business. I tell people to start working for free, so they can start learning. I’ve taken so many people in because they come to me and ask, “Michelle, can I work for you?” And I say, “yes!”. Some people are still in school, but want to know what it’s about. There are a lot of elements to being a costume designer.”

“It’s not all about pretty clothes. It’s also working with the actors, who all have different personalities. You also have a budget and a set you need to work with and lighting. All of those things come into play to make each scene happen. It’s a bigger picture than what people think it is. Some interns have come in and then they didn’t come back. There was one girl who came in for one day and I never saw her again. I don’t think people realize what it takes to do this. There’s a lot of stress. But one of the keys is working hard. And don’t put an age on it. I work with people who are 35 and 22. It hits when it hits, and it’s organic. I think sometimes young people put pressure on themselves to be a designer by the time they’re 30, but I think the best thing is to learn the craft.”

“I’ve been doing this a long time, so to stay in this business as long as I have, you need to know your craft. We had a really small budget when we started this and Kenya [Barris] is a great boss to work with. I went to him and told him I wouldn’t be able to pull this together and that I would need help with the budget. You have to be able to recognize that and that comes from experience. We thought we could do it a little cheaper, but we couldn’t. We had to go to him and talk to him about it. We came to a happy place, but you have to see that coming. Be honest and true to yourself. Wait your turn because it will come.” 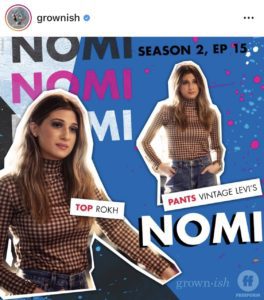 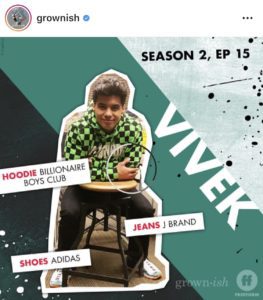 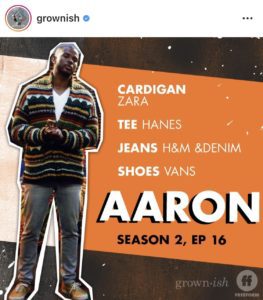 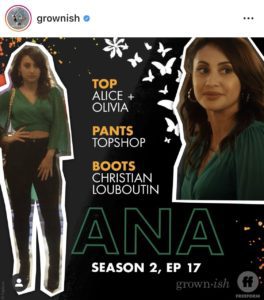 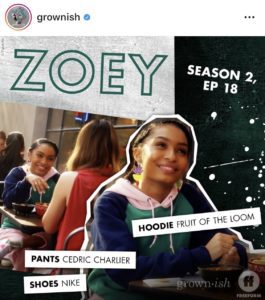 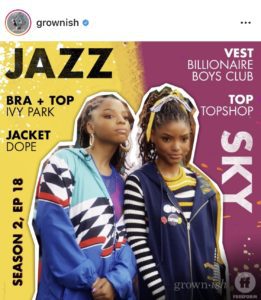 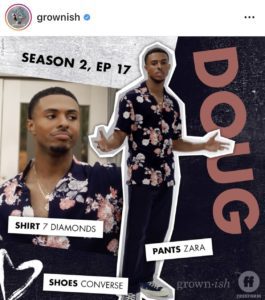