Therese Patricia Okoumou…an immigrant, putting her body on the line for other immigrants, literally grasping the hem of Lady Liberty's garment on the 4th of July. This will be iconic. #TheresePatriciaOkoumou pic.twitter.com/40SmHRTYuy

Therese Patricia Okoumo decided to spend her 4th of July climbing the base of the Statue of Liberty in protest of President Trump’s immigration policies.If you haven’t heard about what has been going on, the policies include separating migrant parents from their children at the US-Mexico border. 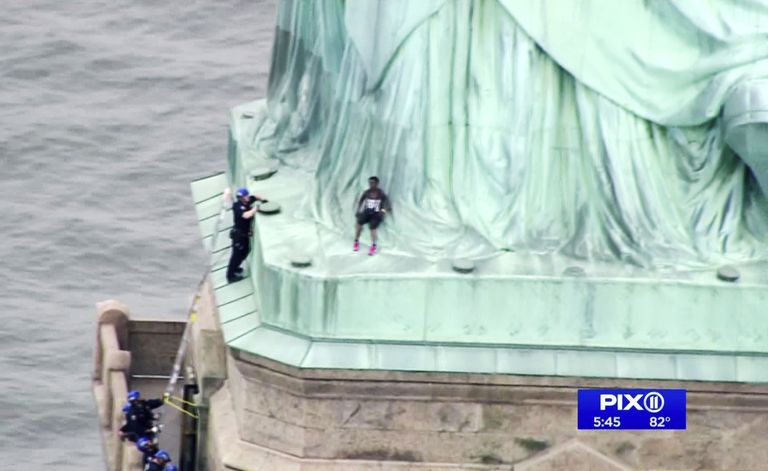 Therese has been reported to be a part of a group called Rise and Resist. She refused to come down from the statue unless “all the children are released,” a source from the New York Police Department told CNN. The news broke of her climbing the statue around 3 p.m and continued to climb for about another three hours until law enforcement arrived and carefully got her down.

Okoumo was arrested when NYPD got to her and may possibly be charged with trespassing and disorderly conduct, among other charges.  The group Rise and Resist posted on their Twitter account to show that they’re supporting Okoumo’s decision to climb the Statue of Liberty.

“Somewhere I read that the greatness of America is the right to protest for right.” #MLK #ThereseOkoumou pic.twitter.com/SVLqyEMDeN

Rise and Resist have stated that they will be doing jail support for Therese and are in the process of getting great legal representation for her.

Katie Porter: A Congresswoman for the People

Relationship Dos and Don’ts According to the Experts

HOUSE OF CB FOUNDER CONNA WALKER TO GIVE AWAY UP TO $13,000 CASH INJECTION TO THREE WOMEN OWNED BUSINESSES IN HONOR OF INTERNATIONAL WOMEN’S MONTH