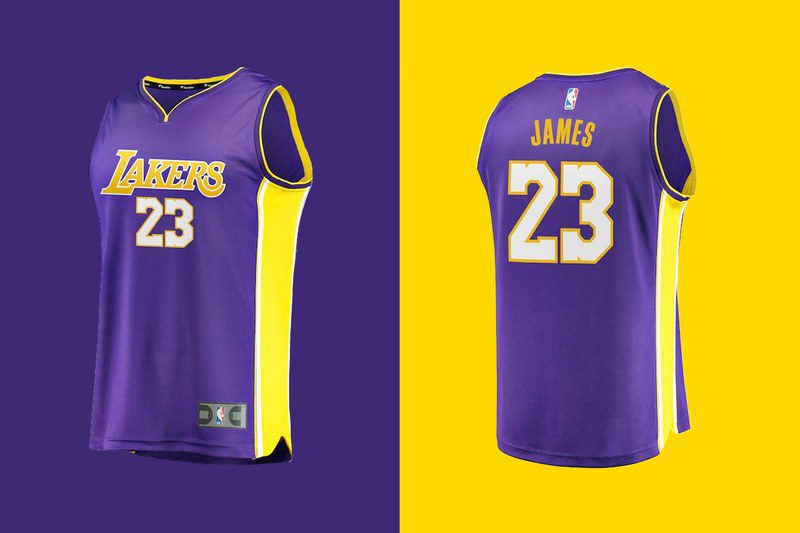 This past Sunday LeBron James caused a major shift to the NBA by making the decision to go out west and play for the Los Angeles Lakers. The signing will surely boost ticket sales for the franchise when the season starts in October. LeBron hasn’t even touched the floor at Staples Center and he’s already breaking records when it comes to jersey sales.

LeBron James made the announcement of his new signing around 8:45 p.m. EST  on Sunday. Minutes later the official NBA were preselling LeBron James blanks(which meant that the numbers are “00,” but the jersey wouldn’t be made until the official number was confirmed). There were many of LeBron James’s Lakers jerseys preordered  in just the three hours between the announcement and midnight that the jersey became one of the 10 best sales days for a jersey in Fanatics company history. They consider this move the LeBron Effect. LeBron James is one of the best players in the league, if not THE BEST. With that being said you can see why the sales of the jersey would be historic. In addition to being with one of the most popular franchises in the NBA , the Lakers sold the sixth most jerseys in the NBA without LeBron James. So we can honestly say that number is going to increase throughout his 4 years with the team.

Fanatics states that they are already producing jerseys regardless to the fact jerseys can’t ship until the league office opens and makes the deal official tomorrow. I guess we can say that the Lakers are back on top.

Check out the Amazon Dress Megan Markle Wore Out