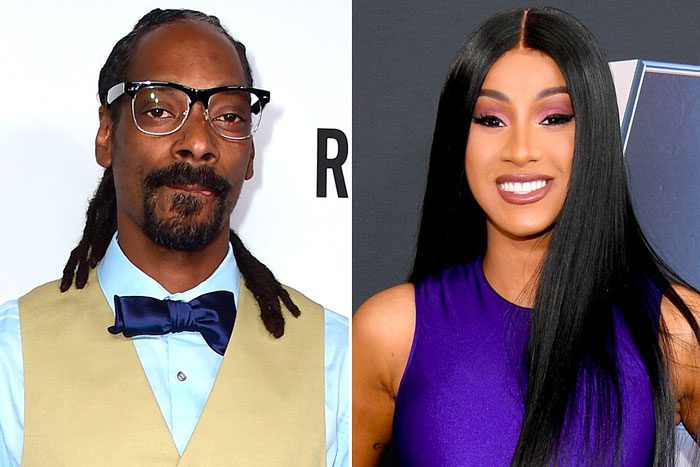 Everyone has their own opinions on everything, especially songs. Ever since the hit song of the year WAP was released, it still continues  to be a dominant Conversocial conversation. Snoop Dogg criticizes Cardi B’s and Megan Thee Stallion’s song ‘WAP’.

The song has been celebrated for its sexually charged lyrics and its open expression of women’s sexuality, and it became a liberating anthem for young women. With the positive comments it received from fans, critics, and celebrities, it is still getting negative comments. Rapper Snoop Dogg has finally spoken the truth about how he feels about the song.

Snoop Dog was a guest star on Central Ave for an interview with Julissa Bermudez on Thursday (Dec 10) explained his feelings towards the song. He believes the song is too raunchy. “Oh, my God. Slow down. Like, slow down, and let’s have some imagination,” he said of the song.” From his perspective, he feels like the song reveals a little too much about what women do. He states, “Let’s have some, you know, privacy, some intimacy where he wants to find out as opposed to you telling him.”

He continued, “To me, it’s like, it’s too fashionable when that in secrecy, that should be a woman’s…that’s like your pride and possession. That’s your jewel of the Nile. That’s what you should hold onto. That should be a possession that no one gets to know about until they know about it.”

Why do men always have something to say when it comes to women expressing their sexuality?  In the ’90s, Snoop Dogg was known for having sexually-provocative songs, but he made it clear he is not interested in that aspect of rap now that he is older. He explains his reading about it, saying, “Now, when I was young, 21, 22, I may have been with the movement,” he said. “I probably would have been on the remix. But as an older man, I love that they are expressing themselves and doing their thing. I just don’t want it that fashionable to where young girls express themselves like that without even knowing that that is a jewel that they hold onto until the right person comes around.”

Regardless of the negative comments, WAP went no.1 on Billboard charts. Even though everyone has their own opinions about it, what a woman does is her business.