Greece Refuses Large Migrant Waves By Deserting Them At Sea 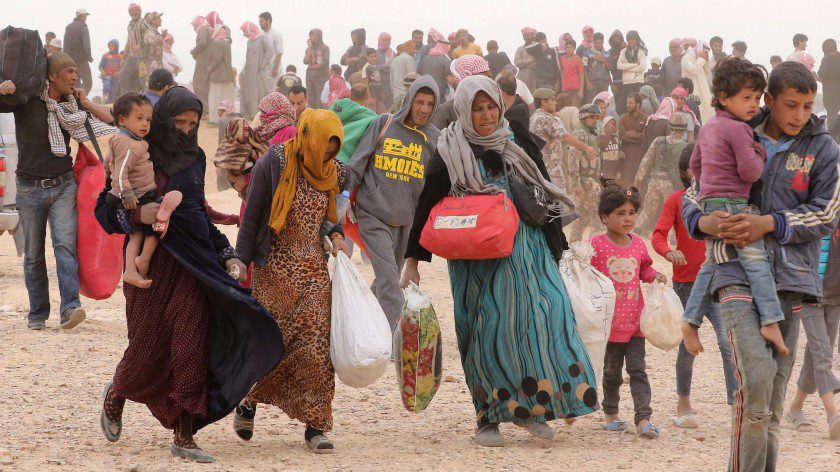 Greece Refuses Large Migrant Waves By Deserting Them At Sea

The Greek government has been abandoning asylum seekers at the edge of the country’s territorial waters since March.

Since 2015, Greece has been the epicenter for a lot of refugee travel from countries such as Syria, Iraq, and Afghanistan. Recently, they’ve relied on Turkey and Libya to serve as a buffer to the large groups of asylum seekers fleeing, but lately they’ve decided to take matters into their own hands.

As stated by The New York Times, there has been 31 separate expulsions of at least 1000 asylum seekers for the past 5 months. The Times were able to interview a few victims of the removal. Najma al-Khatib is a 50-year-old Syrian refugee who told the Times that she fled out of fear of being bombed in Syria. However, when she got to Greece, officials took her and 22 others from a detention center and abandoned them on a manual raft until the Turkish Coast Guard rescued them. al-Khatib said that she actually would’ve preferred to die by bombing than to be left at sea with her two sons.

In 2016, during the height of a migration crisis, the European Union made a deal with Turkey in effort to curb the large number of refugees attempting to arrive in the region. The agreement was that for every escapee landing in Greece “irregularly”, they would be returned to Turkey with the legal acceptance of one refugee. In other words, the EU would take in one Syrian refugee from Turkey, for each one that’s brought back from Greece.

According to the Insider, the Turkish president, Recep Tayyip Erdogan threatened to release “hundreds of thousands of refugees into Europe in the midst of ongoing tensions between Turkey and the EU.” The act of abandoning refugees at sea is illegal under international law. However, the Greek government denied doing anything illegal.

Greece believes that Turkey has been using the large number of migrants in their country as a weapon to place pressure on Europe to assist them in the Syrian War. Earlier this year, Turkey transported thousands of refugees to the land border of Greece. There’s been a constant back and forth between countries as these asylum-seekers are simply wanting to flee from the danger in their homeland.

Middle eastern refugees are falling victim to political tension all around. Countries are starting to notice the violation of human rights that’s occurring, but the European Commission claims to have no power to investigate Greece.