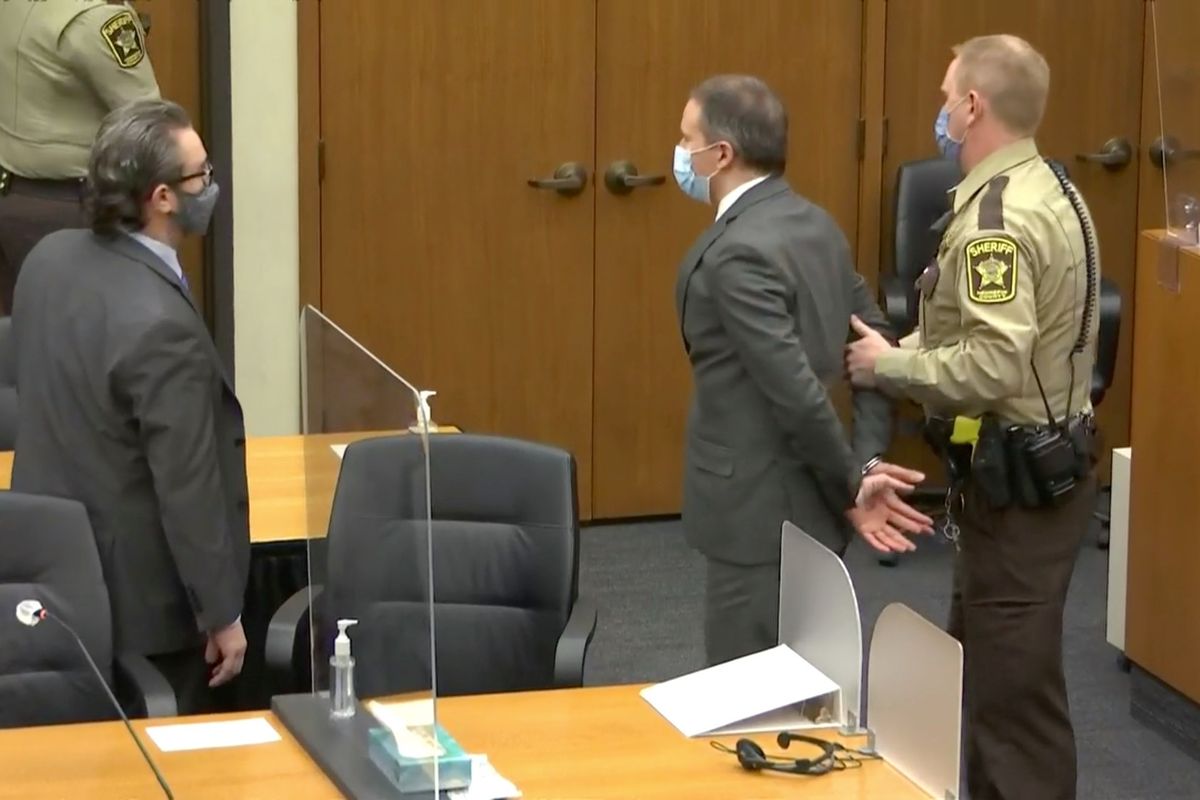 Derek Chauvin was convicted on all counts in the killing of George Floyd. COURT TV/PRESS POOL

On Tuesday afternoon, Derek Chauvin was found guilty of murder in the death of George Floyd. George Floyd was a Black man who was killed last May and captured on video that went viral. In effect of this, the video set off the summer of unrest over law enforcement’s action toward people of color.

The proceedings in Minneapolis held the highest-profile criminal jury trial since the pandemic arrived in the spring, when a lot of court activity was put on hold.

The Wall Street Journal stated, “The rare conviction of a police officer came in a city on edge from the recent killing of another Black man, Daunte Wright, by a police officer in the suburb of Brooklyn Center.”

The Justice Does Not Stop!

Many people gathered outside the Minneapolis courthouse. People from Atlanta to Los Angeles and Washington to Baltimore to support the justice that had been made for George Floyd. “Black law-enforcement leaders said the conviction was an emotional and important moment, while unions representing police officers said they respected the outcome,” a source from Wall Street Journal said.

A Wall Street Journal source stated, “When the verdict was read, Mr. Chauvin sat motionless with a medical mask obscuring most of his face. Only his eyes were observable, darting back and forth as the judge read the verdict. His attorney Eric Nelson looked at Mr. Chauvin after the verdict was read but didn’t touch him before he was handcuffed and led away.”

Charles P. Wilson, chair of the National Association of Black Law Enforcement Officers said, “This trial was the most consequential event in police community relations that we are going to see for a long time.”