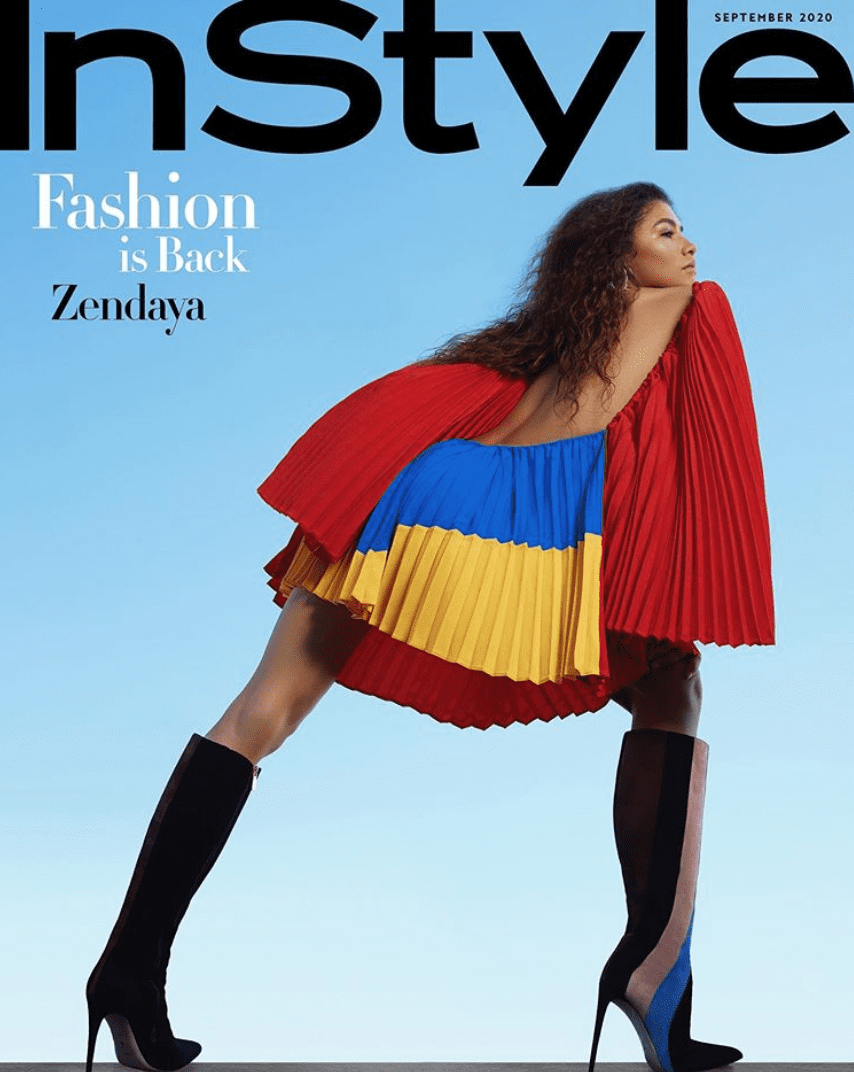 Zendaya, Emmy-nominated Euphoria actress, is the star of InStyle magazine’s September edition. She and stylist Law Roach took this power to the next level. When the magazine gave Roach full creative freedom for the shoot, he chose to tap only Black creatives for the project. 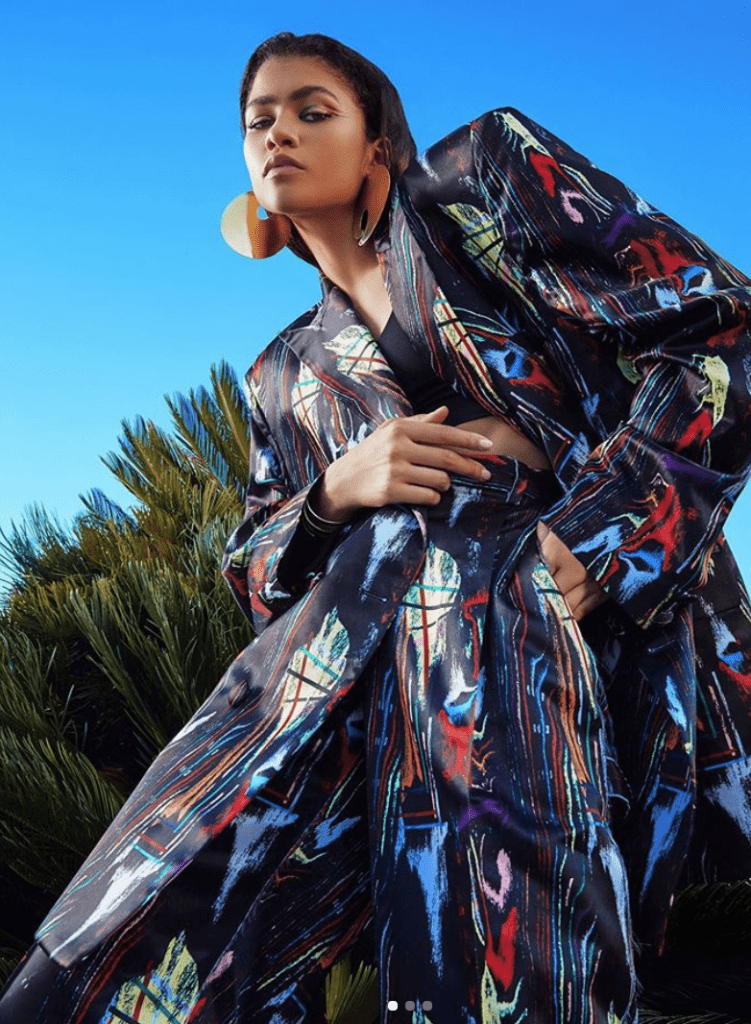 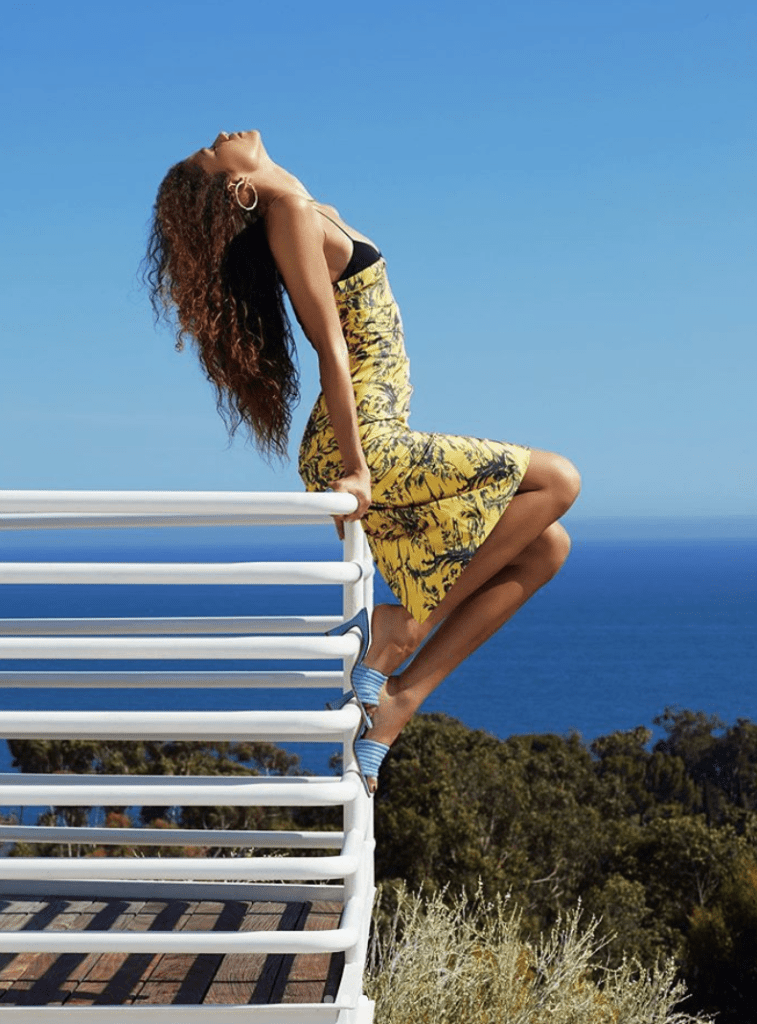 In a post to his Instagram celebrating the shoot and everyone involved, Roach wrote: “No rules! No advertisers! You allowed me a BLACK stylists to creative direct an editorial with my beautiful BLACK muse Zendaya and feature clothing from all BLACK designers, shoes from all BLACK shoe designers, jewels from all BLACK jewelry designers, we feature BLACK art from BLACK artists.” Roach goes on to thank the photography duo AB + DM for shooting the cover, hair stylist Larry Jara Sims, and makeup artist Sheika Daley. He also gave a shout-out to Zerina Akers, a celebrity stylist (whose clients include Beyoncé and Chloe x Halle) and the founder of Black Owned Everything, which is a resource for discovering Black brands and businesses, for introducing him to new Black fashion labels that he then was able to feature in the editorial. I’m so proud of this one!!!!” 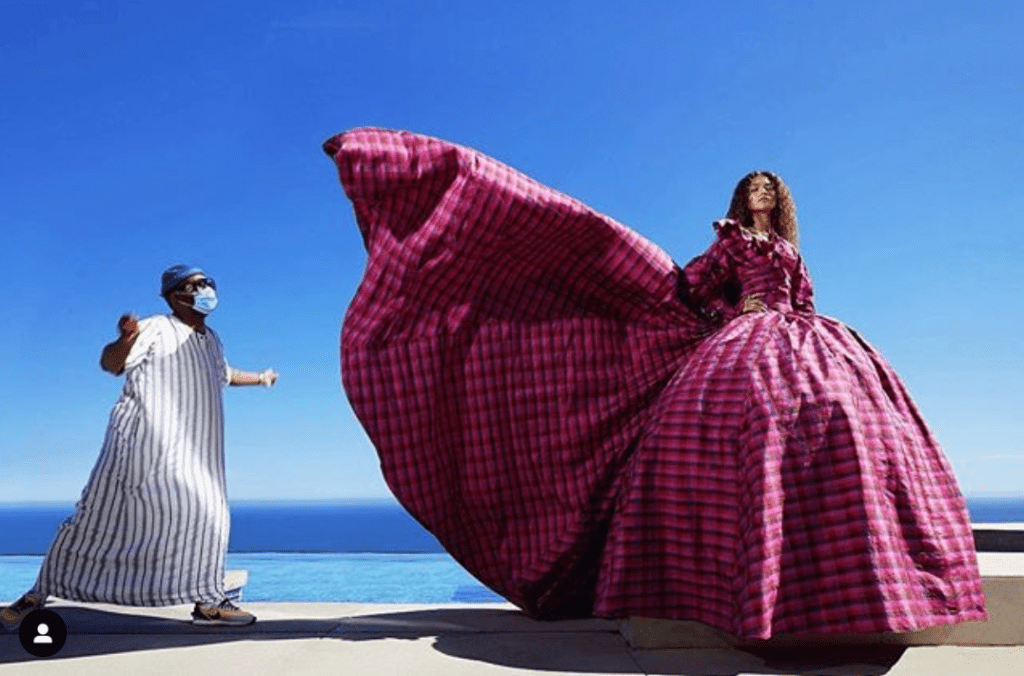 From the cover, where the actress wears a one-shoulder red and maroon silk dress in front of a clear blue sky, to the interior shots of her in a voluminous pink plaid dress and an abstract, colorful minidress, each piece comes from a Black designer.

The cover dress is by Black stylist and designer Jason Rembert, a piece in his ready-to-wear line Aliétte. The jewelry on the cover is from by NYC-based brand Mateo, whose designs also feature in the horizontal photo of Law and Zendaya in CFDA/Vogue Fashion Fund winner Christopher John Rogers plaid gown. Other Black designers featured in the shoot include Pyer Moss, Hanifa, Thebe Magugu, Romeo Hunte, Victor Glemaud, Brother Vellies, Tori Soudan, and Cushnie. 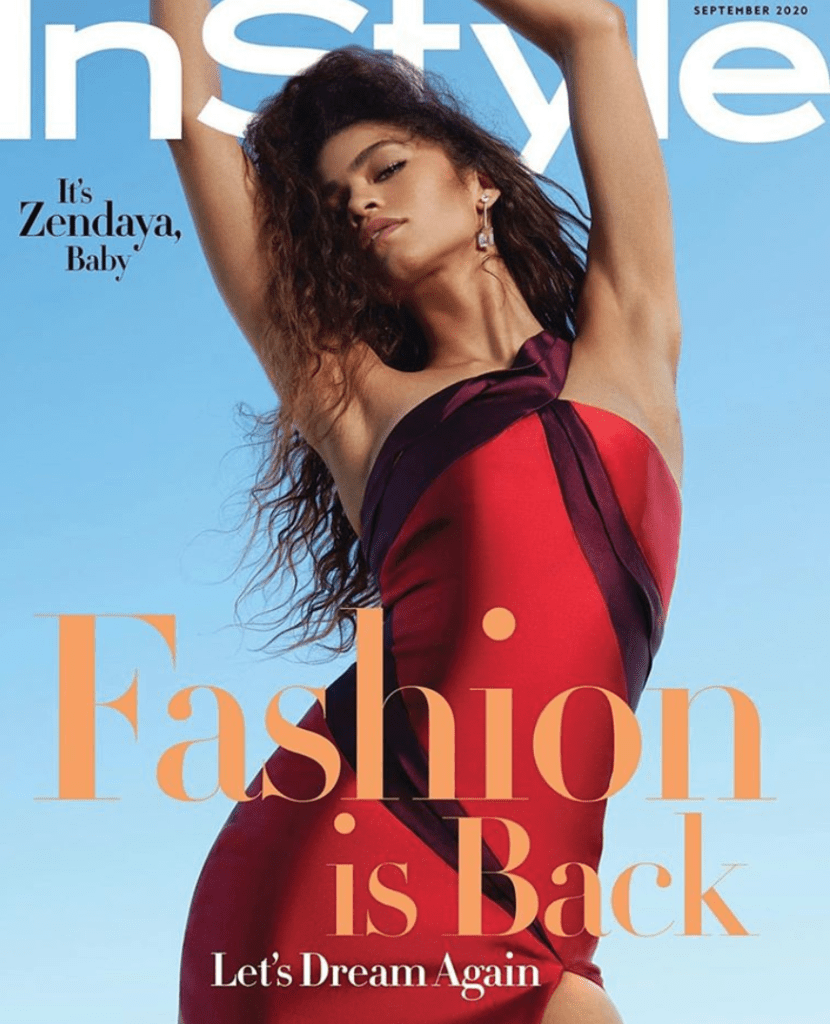 Uplifting Black creatives in this way is incredibly important. Fashion magazines, and the industry as a whole, have historically told mostly white stories. This is largely due to the fact that these magazines have used almost entirely white photographers. Just look at Vanity Fair: it took 106 years for the publication to hire a Black photographer, Dario Calmese, to shoot its August 2020 cover. With that cover, featuring Viola Davis, and Zendaya’s Instyle cover, Kerry Washington on the front of Town & Country, and the activists on the cover of British Vogue’s September issue, the fashion industry’s status quo continues to shift towards a more inclusive and realistic representation of the people it serves.