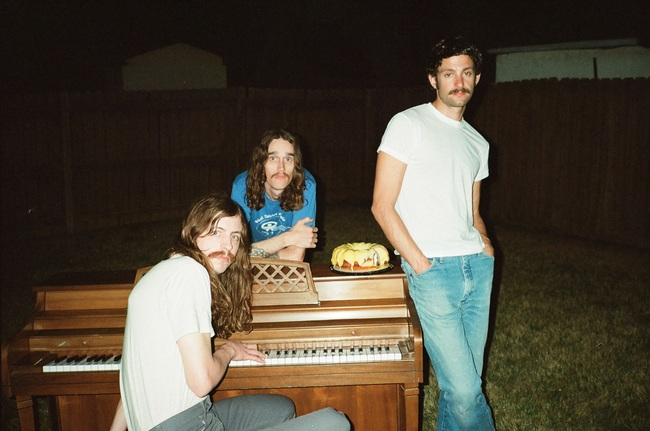 Additionally, a new track, “XP,” debuts today alongside a video directed by Peter B. Samuels.

The band is gearing up to hit the road for a North American tour kicking off on August 24 with stop in 27 cities including Los Angeles, Brooklyn, Chicago, Philadelphia and more.

Spin was recorded live, featuring mixing by Gabe Wax (Adrianne Lenker, Fleet Foxes,) mastering by Zeroh (Pink Siifu, Eyedress,) and written, produced and recorded by the band themselves. The album is an inherently transformative record—the product of years of work, both on the self and as a collective, and lyrically stems from the idea of ‘self-for-self’ and deeply introspective personal growth.The earliest songs on Spin were Casio demos sent back-and-forth between the band, and after countless brainstorming and recording sessions what resulted is a record with a homespun feel, from the vintage synthesizers to the clicking of percussion, Rhodes pianos, Wurlitzers, and fuzzed out guitars—layers of genre-blending psychedelia and R&B tinged pop.They shared “Running,” “Dreams,” “Floating In Love,” “Time,” and the album’s title track “Spin” ahead of the album’s release.  Forming in Savannah, the band—which began as the solo project of Adam Intrator before Chad Chilton and Hunter Jayne joined in 2011—relocated to New York City after performing together for nearly a decade in Georgia. Their new music is a snapshot of Triathalon’s evolution and growth—tracing a journey of sonic self-reflection, of being lost in your thoughts and watching the world around you change as a result.The band has released three albums and one EP together—SLEEP CYCLE EP (2020) Online (2018)—praised by The FADER as “complex and rich”—Nothing Bothers Me (2015) and Lo-Tide (2014).