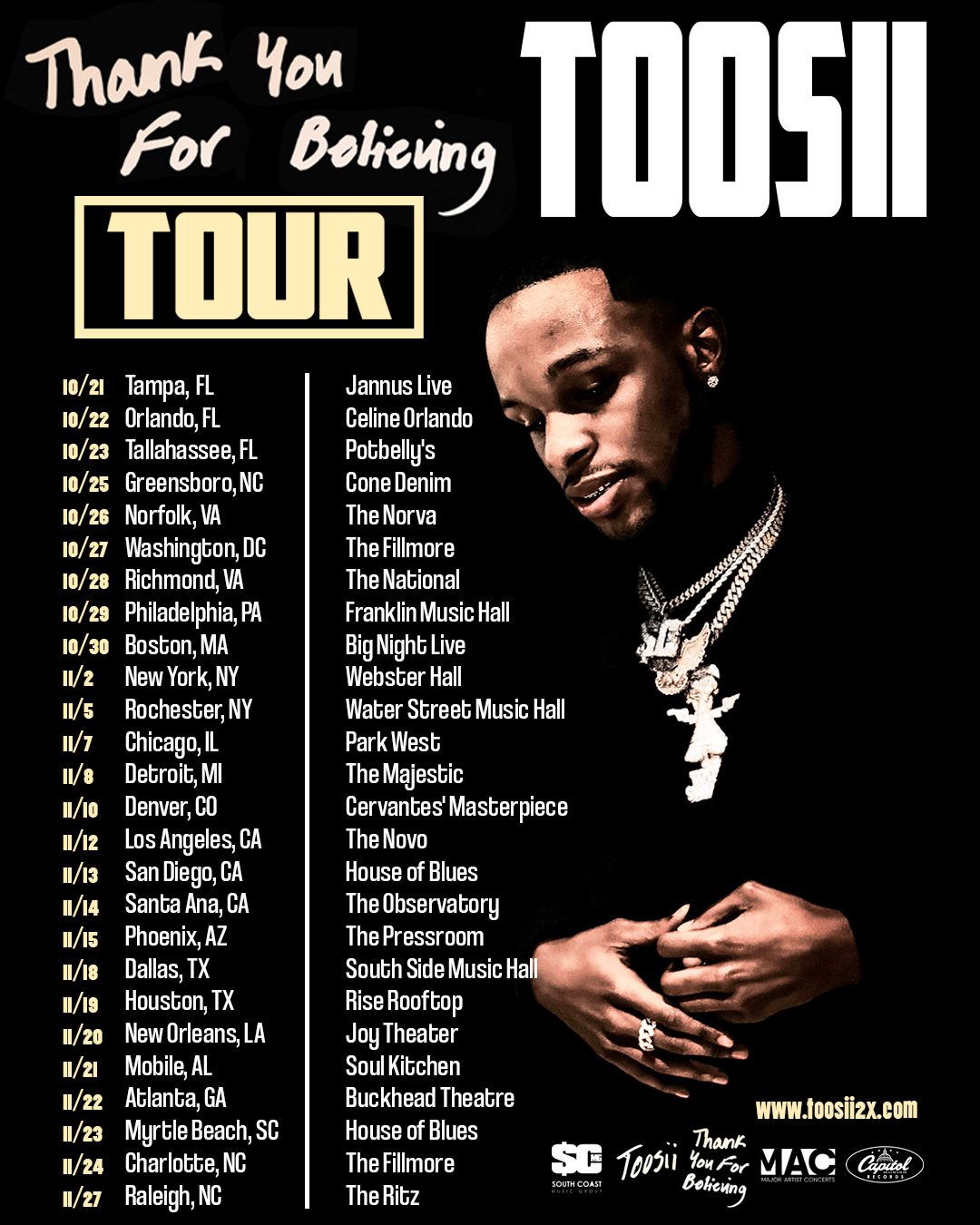 Toosii has just announced his first ever solo tour for his new mixtape, Thank You For Believing, which will begin on October 27. The Raleigh-based rapper alerted his fans about the event via social media on the afternoon of May 12. He posted a 44 second clip on Twitter of what fans should expect from his show and on Instagram, he posted tour dates along with the caption, “I been waiting for this moment my whole life 🖤 I remember being on @polo.capalot tour and @dababy tour and @summerwalker tour just thinking one day I’ll have my own tour. Y’all made this possible for me 🖤 Thank You For Believing Tour!”

The first show will kick off in Tampa, Florida on October 27 and the last will end in his resident city of Raleigh, North Carolina on November 27. Starting at 12 p.m. Eastern Standard Time on Thursday, May 13, presale tickets will be sold for a full 24 hours at a discounted rate on Toosii’s website. Then on Friday, May 14, regularly priced tickets will go on sale. Toosii will be traveling to 26 cities and performing at different venues all over the nation. A full list of dates and locations, as well as tickets, can be found at tour.toosii2x.com.

The Southern rapper is very well-versed in touring and has performed alongside Dababy, Summer Walker and Polo G. Being around these artists and gaining this experience firsthand has allowed Toosii to finetune his own performance and create an experience like no other. There is no need to worry if October 27 is too long of a wait, because Toosii will also be performing, among other artists, at the Rolling Loud music festival In Miami, Florida on July 23.

Tickets for the event will officially begin sales on Friday, May 14, at 12 p.m. EST and Toosii’s mixtape, Thank You For Believing, can be listened to on any music streaming platform.