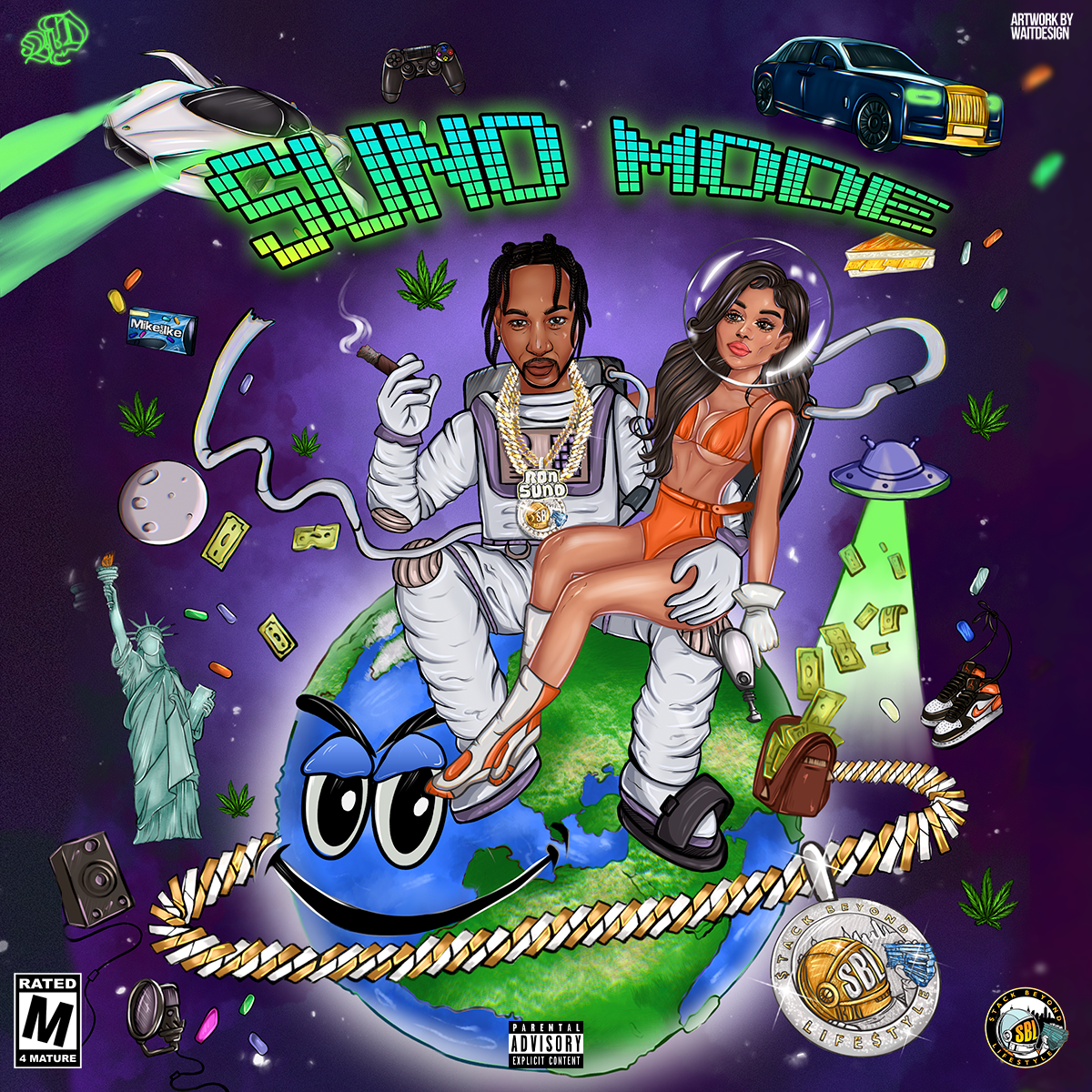 Heavy is the head that wears the crown, unless that crown belongs to the “King of the Bronx”: Ron Suno. Today, the trailblazer of BX drill’s latest wave shares his new project, SUNO MODE, available now via SBL Music Group/EMPIRE. As the ever-viral drill sensation flaunts his sharpened cadences and refined flows on the new project, he sets his sights on a more fitting throne:

“I want to be more than the king of the Bronx,” says Ron Suno. “I want to be the king of everything– inspire the kids and show them that they can do whatever they want. The sky is the limit of what you can  achieve, never settle for less.”

Already a proven inspiration to the youth with the project’s viral single, “What They Gon Say” (over 20 million Spotify streams and 11 million YouTube views) and its Rowdy Rebel-featuring remix, SUNO MODE elevates Ron’s infectious energy to new heights. Whether he’s blending his Bronx drill sound with Jersey club beats on “ONE NIGHT,” bringing new life to familiar favorites on “OH LETS DO IT,” or letting his refreshingly reflective side shine on “FALL OFF,” the fast-paced project progresses without a dull moment. The new project is home to “SHOES” ft. DUSTY LOCANE & Rah Swish (2 million+ views in two weeks), a showcase for New York’s sturdiest steppers.

“I turned a switch on, unleashing a new power,” says Ron. “I think about video games, and how there’s a mode you have to get in and it can make you invincible. When I’m in SUNO MODE, I’m invincible.”

Along with SUNO MODE, the followup to 2021’s Jokes Up, Ron shares his video for SUNO MODE highlight “SALLY,” a booming Bronx affair. The song boasts an apocalyptic drill instrumental, providing a stage for Ron to go toe-to-toe with Kyle Richh, TaTa, and Jenn Carter, a rising NYC drill trio known for their viral On The Radar freestyle. In the video, Ron and the three risers mob with a cast of thousands in a Bronx park, as they do their dance and go super saiyan with their fast-paced flows.

With the BX on his shoulders and the drill scene in his hands, keep an eye on Ron while he’s in SUNO MODE all summer.
Buy/Stream SUNO MODE: https://music.empi.re/sunomode