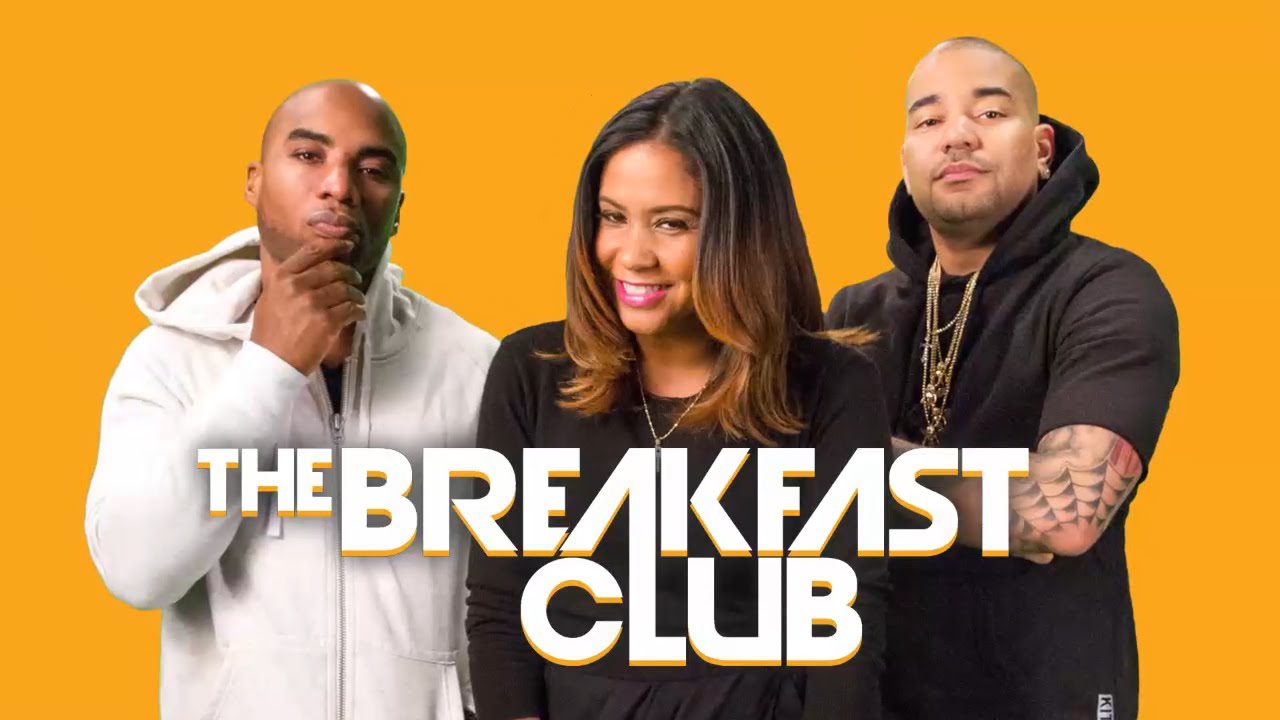 “The Breakfast Club” Power 105.1 is New York City’s most unapologetic and beloved syndicated radio show. The iHeartMedia podcast is famous for its raw and candid interviews, pertinent segments on news and hip-hop culture, and impenitent radio personalities.

The morning show hosted by Charlamagne tha God, Angela Yee, and DJ Envy has been on the air since 2010, and has evolved to create a great impact on hip-hop culture. The show has so far generated 8 million listeners a month, and recently was inducted into the Radio Hall of Fame. Many notable guests such as Birdman, Nicki Minaj, and Lil Mama further highlight the show’s authentic and straightforward interview style which helps the show stand out and contribute to its growing success. 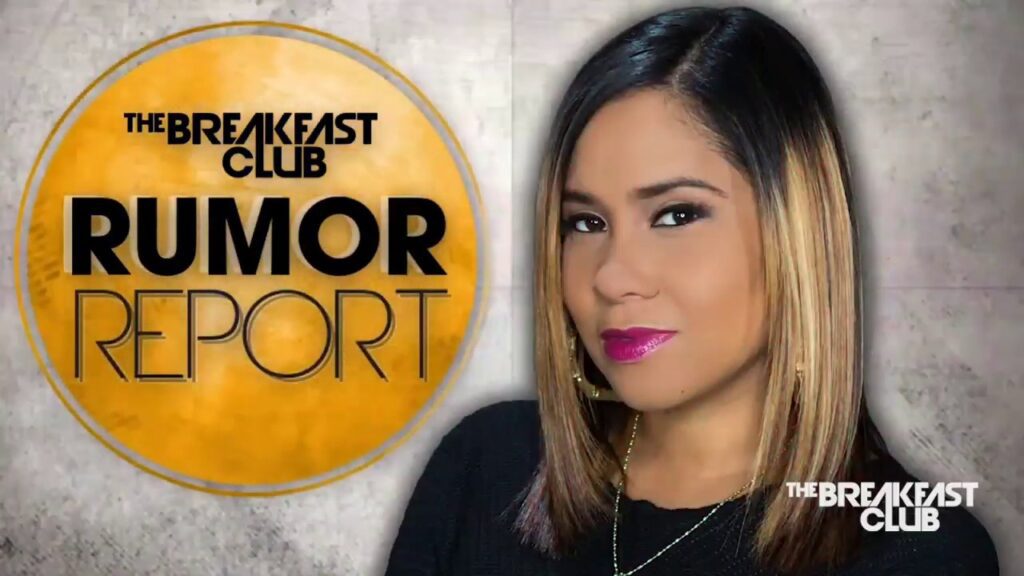 Segments such as “Rumor Report” where listeners are updated on the latest celebrity gossip, and “Donkey of the Day” where the hosts crown an individual for the most negative controversy have also skyrocketed the show to higher popularity. The show also reaches out to audiences beyond radio where it has a strong YouTube presence. Interviews and segments are posted on the platform with over 4.5 million subscribers. 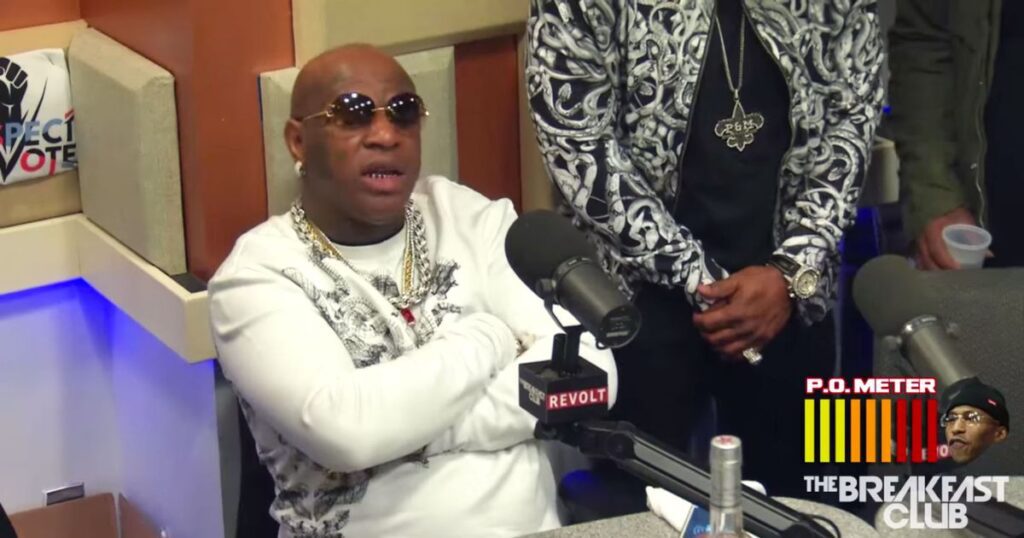 One of their most noteworthy videos is their two minute and 27 second interview with rapper Birdman where he coined the phrase “put some ‘respek’ on my name” during a disagreement on the show which collected over 19 million views on the platform. The awkward moment also caused a sea of memes to infect the internet which further popularized the phrase and “The Breakfast Club’s” name. Their raw interviews with controversial rapper 6ix9ine also gathered them a total of 34 million views on YouTube for both videos. Also, their interviews with rapper Kodak Black who sported a ski mask during both of his appearances on the show generated a total of 11.9 million views. 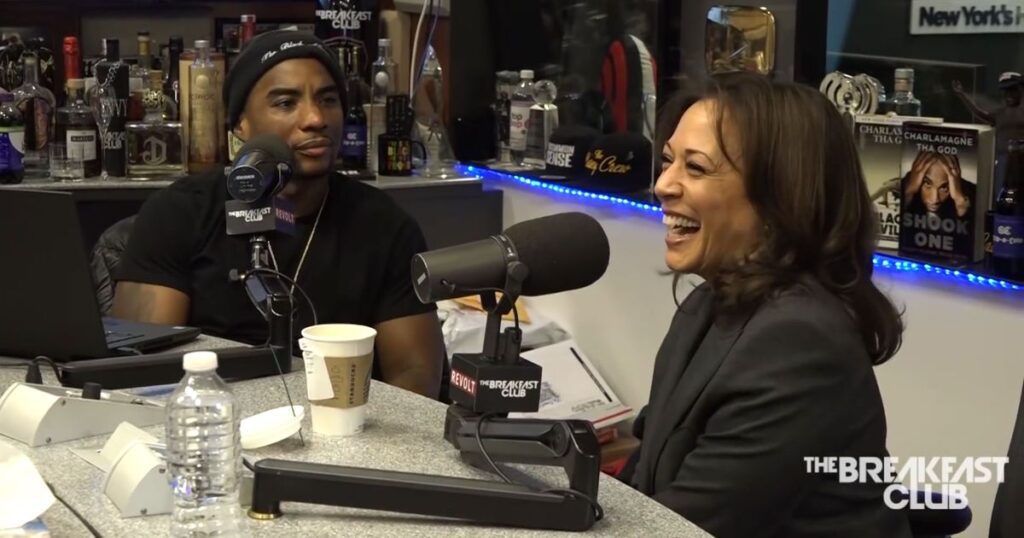 Not only does “The Breakfast Club” delve into hip-hop culture, but they also push for listeners to gain insight into politics. They famously interviewed political figures such as Hilary Clinton, Bernie Sanders, Alexandria Ocasio-Cortez, Kamala Harris and many more where they challenged them with questions on their beliefs and plans for government. 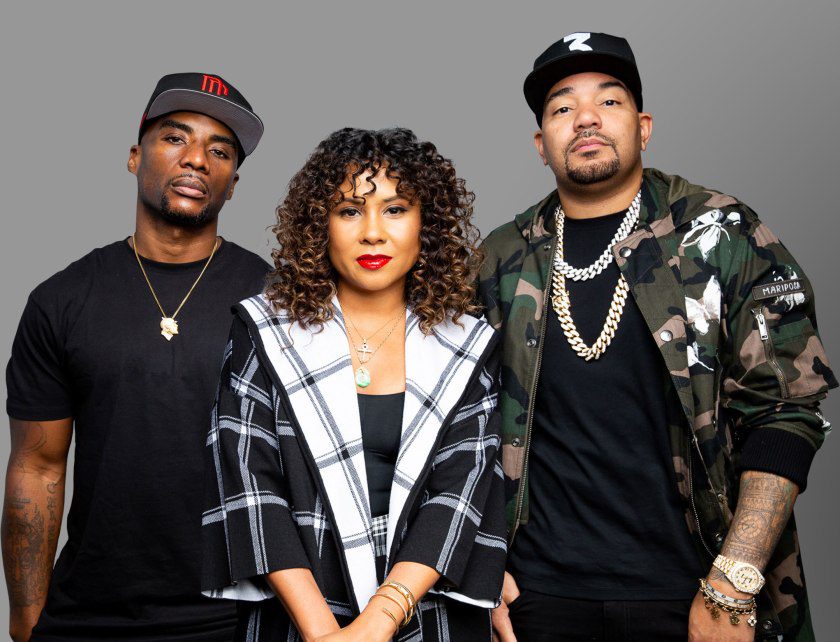 ‘The Breakfast Club” has become known as “The World’s Most Dangerous Morning Show,” and its reputation has been carried by three fearless radio personalities that have been influential in the media industry for years.

The Faces of “The Breakfast Club” 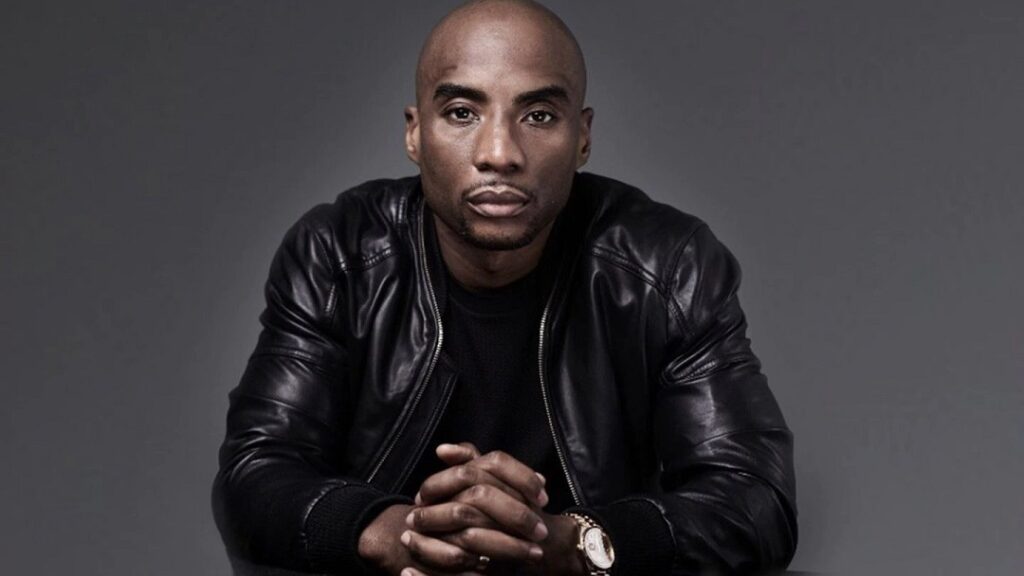 Charlamagne tha God – Known for his brash and unapologetic personality, Charlamagne tha God who’s real name is Lenard Larry McKelvey worked his way from the bottom up. He attended night school and began working as a radio intern. He then started to work alongside Wendy Williams as second mic on her radio show while establishing his radio name which is based off of King Charlamagne and added “tha God” for special effect. He became a host for “The Breakfast Club” in 2010, and stirred a lot of controversy between him and his guests through his authentic opinions and honest questioning. While hosting “The Breakfast Club,” he also embarked on his own journey in entertainment and media where he recently founded Black Effect Podcast Network with iHeartMedia. He also hosts a plethora of series such as “Emerging Hollywood” and “The Brilliant Idiots podcast” with Andrew Schultz. His YouTube channel “CThaGod” has garnered millions of views with his in-depth interviews with significant individuals in the entertainment and music industry. 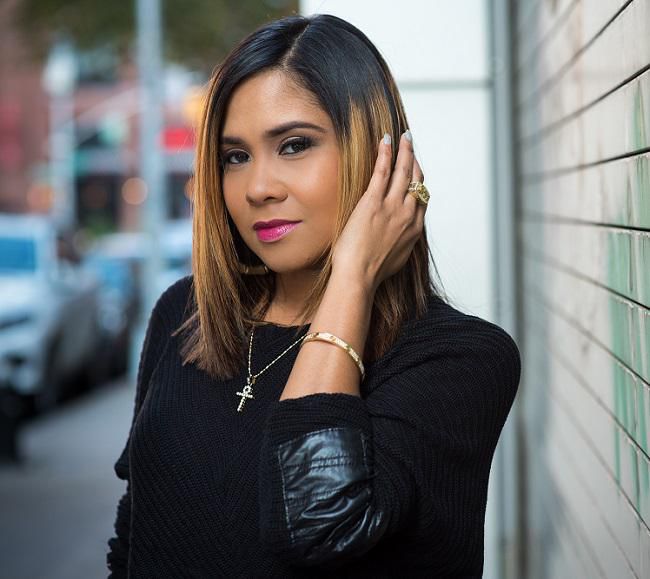 Angela Yee – Always straightforward and to the point is Gracie Award winning host Angela Yee who deserves some respect on her name. From Brooklyn, NY she started a career in music and marketing after graduating from Wesleyan University with a major in English in 1997. She started with an internship at Wu-Tang Management and worked with Paul Rosenberg at his clothing company with Eminem called “Shady Limited.” Rosenberg became the one to introduce her to the world of radio where she hosted “Lip Service” and “The Morning After with Angela Yee” on Eminem’s radio station “Shade45.” She left to host “The Breakfast Club” in 2010 and took off in her career in media eventually expanding to television. What makes the host even more remarkable are her philanthropic efforts. She is currently on the Board of Governors of the We Are Family Foundation, and serves as the BSE Global Diversity, Inclusion, and Community Engagement Ambassador. 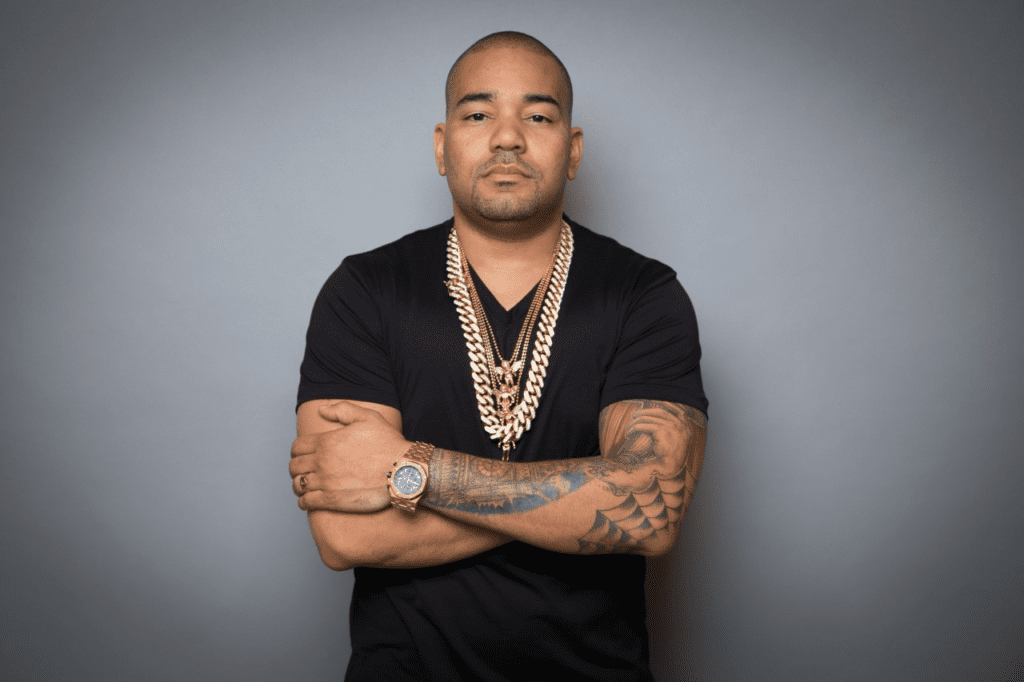 DJ Envy – Queens, NY native RaaShaun Casey got his start in the music industry by learning from DJ Clue who was impressed by his rap talent. He took on the name DJ Envy, and signed to record label Desert Storm where he released his debut album “The Desert Storm Mixtape: Blok Party, Vol. 1.” He started his radio career when he mixed music for Hot 97’s show “Takin’ it to the Streets.” He then filled in as a co-host for the show when host Angie Martinez was on maternity leave. DJ Envy went on to spin music for his own mix shows on Hot 97 such as “The People’s Mix,” “The People’s Choice Hit List,” and “New at 2.” He joined “The Breakfast Club” in 2010 where he famously opens the show with “Morning everybody! It’s DJ Envy, Angela Yee, Charlamagne tha God, we are ‘The Breakfast Club'” in his distinctive radio voice.

All three hosts have grown to become legends in the game, and have earned the respect of many.