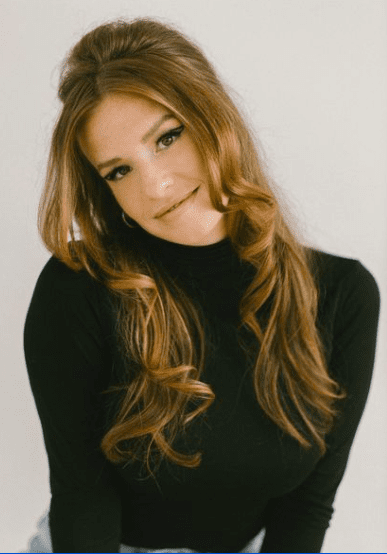 Self-described electric-Western singer-songwriter Sidney Bird is quickly gaining traction amid a series of catchy hits released over the last year. Her latest, “Ms. Jones”, gained attention on TikTok ahead of its release on August 4 and has seen a steady amount of Spotify streams since. Born and raised in Phoenix, Bird also has a background in musical theater and comedy. Up until recently, she’s been running a one-woman show when it comes to her music and marketing.

Below, Bird talks “Ms. Jones”, her motivations and what the near future holds for her pop-stardom dreams.

For those who might be unfamiliar, who is Sidney Bird?

I would describe my musical sound as electric western music. I’m very influenced by Kacey Musgraves, Maggie Rogers, Leon Bridges and also alternative bands like Vampire Weekend and maybe a little bit of Harry Styles. It’s not country, it’s not pop — it’s Western inspired. I think my music is very much for daydreamers, people who like to be a bit extra, dramatic and fun.

3 words to describe you.

“Ms. Jones” was inspired by Daisy Jones and the Six. What about the book inspired you so heavily?

I always loved the Laurel Canyon aesthetic. Think Joni Mitchell, someone just living in the hills with a guitar, people coming to Hollywood with nothing but just being real dreamers. That is totally this character, Daisy. The book was kind of destructive with the Hollywood rock n’ roll and pop stardom scene. When I was reading it, it was so sad but it also captured this whole element of old school Hollywood, which I just love. I really wanted to write a song inspired by this character and this world. And it’s not really about Daisy, it’s about my experiences trying to become a songwriter and imagining that I lived in Hollywood. When I finished reading it, I was already kind of working on a song that had to do with the Chateau Marmont and a character. After “Daisy Jones and the Six”, I was influenced to write “Ms. Jones.”

You’ve got big dreams. How do you keep them alive?

I definitely have bad days where I feel like nothing is going to happen. On those days, I just like to let myself watch TV, read a book and I totally get out of my head. It’s probably once a week where I let myself have those days, and the rest of the time I work my butt off marketing myself on Instagram and TikTok. That’s something I was afraid to do before. I thought it was very personal and that people weren’t going to like me for me. But people aren’t going to like my music, and that’s okay! I don’t like all genres of music and I don’t have a personal offense toward that person. I changed my outlook on that. Everyday, I tell myself why I am doing this: I want to be a storyteller, I want to create worlds for people and I want people, when they listen to my music, to think about other things and to expand their minds. That’s sort of what music does for me. I want to take it day by day. Things can be slow but when they happen, it feels so good.

I have a hard time writing here [in New York]. When I get in a rut, I usually go home to Phoenix. Nothing beats Arizona – it’s home. With home, I just get so nostalgic. There’s the outdoors, the dry heat. When I come back to New York, it’s working mode. We live by water now, which helps.

Artist on repeat for you right now?

Right now it’s Harry Styles. I’m obsessed with the new album. I think it’s a masterpiece and I cannot stop listening to it.

What’s the best piece of advice you’ve ever gotten?

Until 2023, I’m pretty booked. In September, I’m opening for a band in NYC. Then I’m headed to Berlin and London for a writing thing. I’ll be releasing three singles up until the album comes out. Once it’s out, I’ll be headed to Boston, New York, LA and Phoenix. I’ve lived in each of these cities, so it’s sort of like a little hometown tour for me in a way. My next single is coming out early September, called “Over Me” and written with my good friend Noah Kahn.