Up and Coming artist Cam Carter is making his way into the spotlight and establishing himself as a rapper amidst today’s music industry. From the age of 13, he began pursuing his dream to make music writing in his hometown of Memphis, Tennessee. This country boy gravitated towards artists like Tupac, Nas, and Lil Wayne. This sparked his desire to become a rapper. As a University of Mississippi graduate, he took his own educational path to the crime-infested streets to further his artistic path of becoming a rapper and make a name for himself. 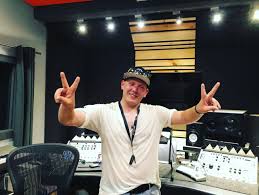 Following his mother’s death in 2014, he made it his mission to create a name for himself. He moved to Los Angeles, California to make his dream become more of a reality. Carter gained a sense of validation from the inner cities, competing with some of the best rappers. Amidst this, he released several titles being “Lost in the In-Crowd”, “Anything for that Body”, “Shadows”, and “Pink Panther”. His music is available on a majority of streaming platforms including Spotify, Apple Music, Pandora, Amazon Music, and Youtube. His unique and versatile style has caught the attention of many magazines, one being the Hype Magazine.

Gaining Recognition and Validation as a Serious Rapper

More recently, he just partnered with 7 Leaf Farms and New America Brand as well as being an ambassador for Lucky Buddha Beer and Habits 365. He has gone on to work with some of the top music engineers in the music industry including Lawrence “Boo” Mitchell, Luchito Carrera, Mike Gonsolin, Jason Gillespie, Nathan “Kobe Beats” Morrow, and MP Beatz. He has demonstrated a clear willingness to intermingle and adjust to the pop culture through his music while staying true to his country roots. In February of 2020, he gained attention from Hip Hop Weekly Magazine as well as several other publications. Currently, at a standing of 25.9k followers on Instagram (@Camcarter901) and 3.8k followers on Spotify, he is an up-and-coming artist ready to take the rap industry by storm.

Take A Dive Into The Music Of Canadian Artist Pisceze