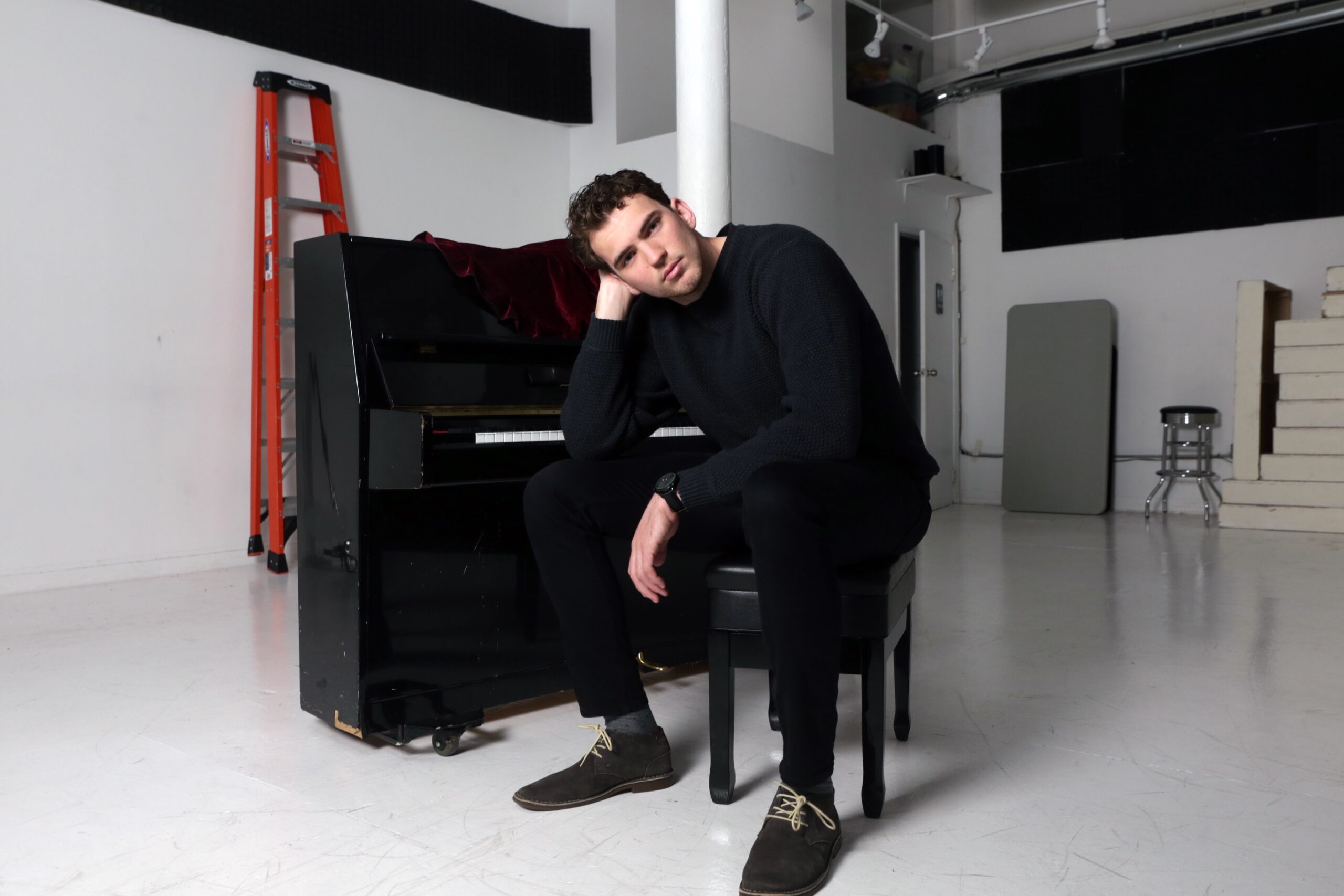 Cade Hoppe’s debut EP, Tell Me How It’s Worth It, will officially be released on October 22, 2021. Hoppe’s music hits is a uniquely crafted mix of hazy indie-rock and catchy pop. He describes it himself as, “If The National made a Taylor Swift record that was endorsed by Jack Antonoff, Coldplay and Ben Folds… that’s a Cade Hoppe single.” The 21-year-old singer is absolutely excited for what’s to come with the release of the EP, especially as a newcomer. His music reflects how multifaceted he is as an artist. He is credited as a singer, songwriter and multi-instrumentalist, emphasizing that his talent will allow him to be an indie-pop mainstay.

With 5 solid tracks, the EP illustrates Cade Hoppe’s talent with extremely catchy verses and choruses. The elements in the first track alone embodies creative, romantic aspects and even has a sort of old-school pop sound to it. Listeners are certainly in for a surprise! Each track brings something new to the table without sounding too similar, and they each tell a story. The combination of instruments with Hoppe’s outstanding baritone vocals allow room for this EP to truly stand out. To craft this freshman masterpiece, Hoppe worked alongside Brooklyn-based producer Harper James (of Eighty Ninety) to create all 5 tracks. Together, they delivered narratives of love, loss, transition and desire working in tandem with meaningful lyrics that evoke an array of emotions and experiences.

Thankfully, we had the time to chat with Hoppe about his experience and journey with this EP!

Hi Cade! It’s absolutely wowing that you’re only 21 years old with a sound that’s so mature! What was it like prepping for sessions before completing the EP?

I think prepping for sessions always comes down to a few things: let yourself live and experience as many feelings as possible; spend time writing a lot of songs, making them better and better; listen to music whenever you’re not making it; and come into each session with an open mind so you can give the record exactly what it needs. If you apply those things and make music a part of you, then you’re going to get some really great stuff out of the sessions in my experience.

Each song on the EP truly has a distinct sound. In a sense, everything is pieced together wonderfully, yet it’s not too mundane. It’s the kind of EP in which listeners can always be excited for the next track to come. Did you aim for something different in each song?

That’s a great point and I’m glad you felt that way listening through the EP.  My goal as an artist is to be really eclectic, while having a signature “Cade Hoppe” sound that listeners will recognize as mine.  I have a lot of different artist influences and I like a lot of different types of music in the pop/rock space, so when I’m writing or I’m in the studio with my producer Harper James, I want to give these songs what they need and make them into something I really love and I have a lot of different inspirations to pull from to do that.  My philosophy is that if I basically just curate a playlist of songs I love (that I wrote), then it doesn’t really matter what they sound like because they’ll still be undeniably my own sound.

Though it may be hard to choose, especially as an artist that puts their all into their craft, which song is your favorite and why?

Yeah, that’s always a tough question to answer, but I’ve been saying that “Afterparty” is probably my favorite for a couple reasons. First, it was the last song we recorded that ended up on this EP and I felt like production-wise, Harper and I really tapped into a more organic sound that we’ve carried with us on everything we’ve done since. And second, the songwriting is some of my favorite that I’ve ever done with some of my favorite and most vulnerable lyrics I’ve ever written—my girlfriend and artist in her own right, Maddie Regent, actually helped me write this one, too. My favorite lyric in the song is, “Hold ‘em on the west side going against those who raised me/I’m chasing two jacks with wine.”

Does each track reflect a personal story or evoke a memory that you have and decided to tell the world about?

The answer to that question is yes. Each of these songs is about something that really happened to me and feelings I truly did have. I wrote a lot of songs that I could’ve recorded and put out with this record, but part of the reason these five ended up making the cut is because they’re very honest. And I think honesty is crucial as a singer-songwriter because if you aren’t telling your real stories, how else are people going to relate and connect with you?

With a project like this, it can be very time consuming and maybe even sometimes stressful. What was your favorite part about the journey to completing the EP?

I’m just so grateful to be in pursuit of my passion because for a really long time it didn’t feel like anything more than a dream I’d have to ignore in favor of something more “practical”.  My favorite part about this EP’s journey was watching these songs that mean so much to me come to life and then go out into the world. I’ve proven to a lot of people that I’m serious about this dream and that I can do it, but most importantly I’ve proven that to myself—that’s been the most rewarding part of this first EP.

In terms of music, who are your top 5 artists of all time? Did any of their works inspire this EP?

Another tough question, but I think my top five artists of all time are probably Taylor Swift, Ben Folds, Coldplay, The Killers, and Bleachers. Basically all five of their entire discographies played a huge role in molding me as a writer and ultimately influencing this EP.  My favorite albums from each of them (and potentially most influential to this EP) respectively are Red, Songs for Silverman, Parachutes (Mylo Xyloto was more of an influence though), Sam’s Town, and Gone Now.

Are there any contemporary artists you’d like to work with on future projects?

There are so many people I’d love to work with.  Any of my major influences would be so surreal to work with at some point—Taylor Swift, Jack Antonoff, Chris Martin, Justin Vernon, Brandon Flowers, and Phoebe Bridgers are right at the top of that list for sure. Again, there are so many more, though.

Your tone and flow is tremendous! Did you receive vocal training for a long time prior to becoming an official artist, or did you pretty much teach yourself without professional lessons?

I really haven’t had any vocal training, and I was actually told by a lot of people—even friends and family—that I had a terrible voice for pretty much all my life. But the best thing I ever did was tune them out and keep singing and writing songs anyway because at the end of the day, when you do something all the time, you’re going to get better at it. Maybe they were right a few years ago, but I love the way my voice sounds now so I’m glad I didn’t listen.

What are three words you’d use to describe the EP in a nutshell?

If I had to choose three words, I’d probably say eclectic, emotive, and honest.

Any live performances that fans can look forward to in the near future?

Yeah, I have a couple, actually. I’m playing a solo show on November 4th at The Bowery Electric in New York City, which I’m really excited for because it’ll be my first show since the release of the EP.  And then I’m playing a few nights before on the 1st of November also at The Bowery Electric, but that will be to accompany my girlfriend, Maddie Regent, on guitar and piano for her show. Tickets to both can be found on the Tour page of my website cadehoppe.com—they’re both going to be really fun.

Don’t forget to tune into Hoppe’s EP when it releases on the 22nd! Be sure to stay in the know about all things Cade Hoppe via his socials and streaming here.