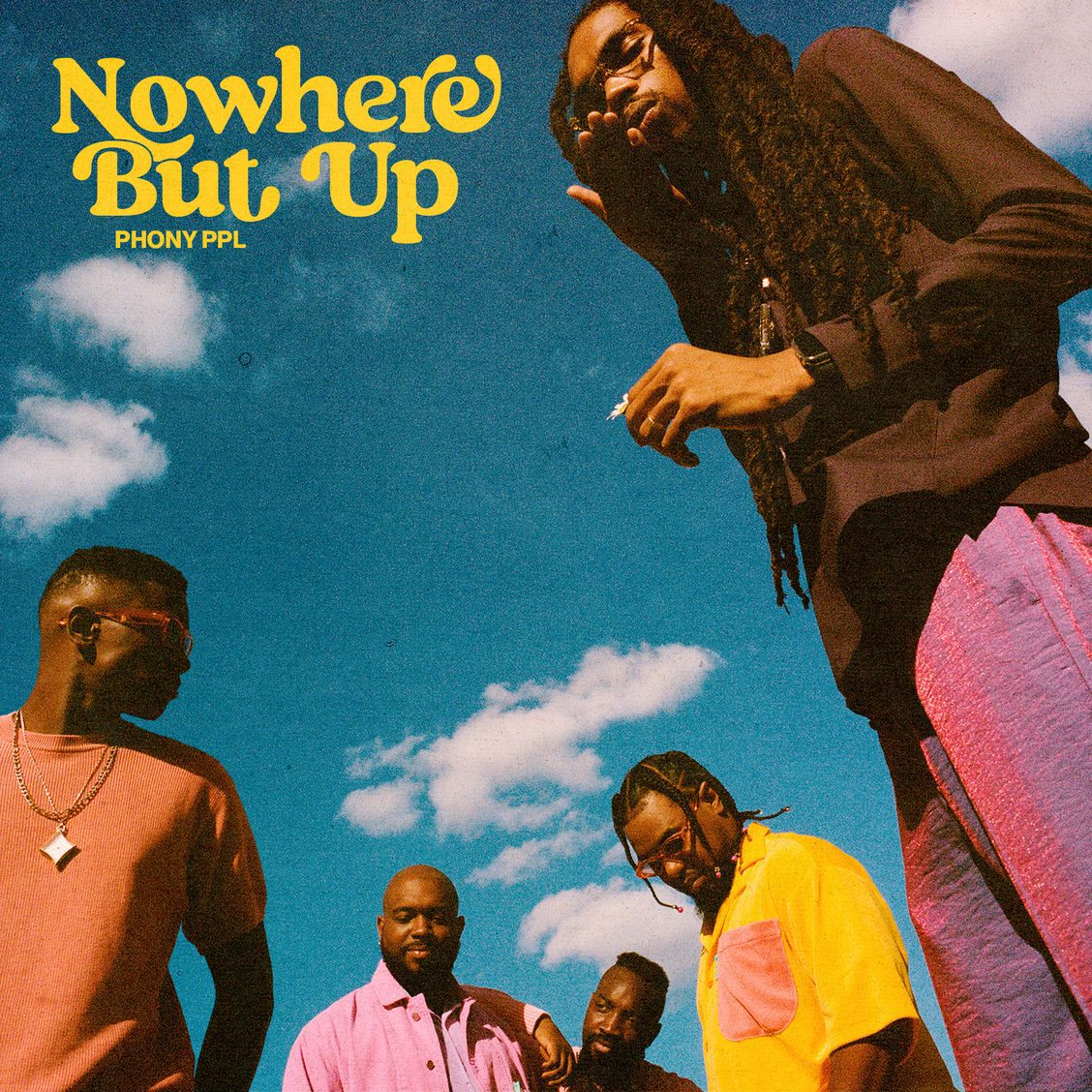 Today, five-man band Phony Ppl releases their new single and music video for “Nowhere But Up”. The bouncy track and its accompanying visual are the perfect embodiment of the group’s infectious energy and magnetic chemistry. Layered with a groovy beat and addictive hook, “Nowhere But Up” closes out the summer with a bang. When talking about the new single vocalist Elbee Thrie says, “Nowhere But Up is exactly where Phony Ppl’s is headed; and for the song.. this colourful demonstration of a sexy sweaty seductive chase, forces your body to move and groove sooo good, that you might just have to run-it-back when it ends!”

During the pandemic, Phony Ppl learned how to make music as a unit without being physically together, a skill that birthed “Nowhere But Up”. The first iteration of the song was made collaboratively on Zoom through screen sharing, and adaptation of the times that would birth their next single. “Nowhere But Up” joins the band’s previous single “Fkn Around” ft. Megan Thee Stallion and serves as a taste of what’s to come on their long awaited new album Euphonyous to be released this Fall.

More About The Group Below:

An artist’s greatest super power is freedom. Liberation is both the modus operandi and main ingredient of the fearless five-man band Phony Ppl. Comprised of the cream of Brooklyn’s young musician crop: Elbee Thrie, Aja Grant, Mathew Byas, Elijah Rawk, and Bari Bass, each classically trained member is a product of musical parents who gifted their children exceptional DNA, exposure to the greats and, most importantly, wings for exploration and self-discovery. The result is a collective that’s as limitless as its music; one that has received praise from the likes of Tyler The Creator and Childish Gambino, performed with Erykah Badu, Jill Scott and The Roots, and killed festivals, late night television and their own residency at New York City’s legendary Blue Note.

Recent highlights for Phony Ppl include their 2020 set on Megan Thee Stallion’s “NPR Tiny Desk” where the artists previewed their collaboration “Fkn Around” which ultimately went viral. Shortly after marked the onset of the COVID-19 pandemic, which delayed the band’s album plans but saw the release of their next single “On My Shit” ft. Joey Bada$$ and their nationwide tour.

Phony Ppl’s new album Euphonyous is set to release this fall and will jumpstart a new chapter in the band’s story. The band’s sonic approach to the album is to connect the dots between the different feelings each song provides; housing songs that are danceable, vibrant, and joyful under the same roof as songs that are laced with sadness, sorrow, and lust.