Noodah05 Levels Up On His New Mixtape 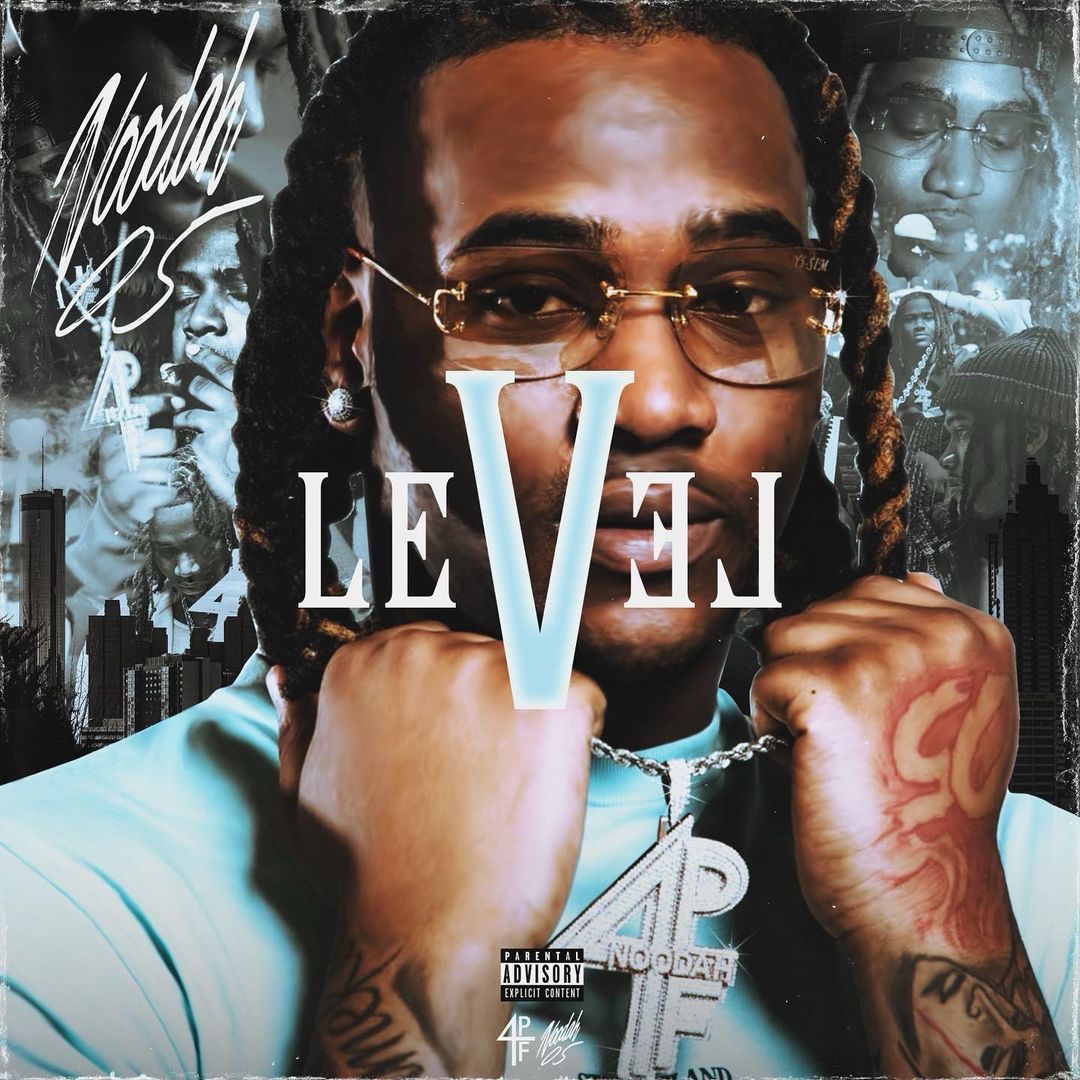 Noodah05 Levels Up On His New Mixtape

Wielding his raw authenticity and facility with melody as his weapons of choice, Noodah05 is looking to shift public perception–he wants everyone to know that he’s one of the best in his city. Today, the Atlanta rapper shares Level 5, an accomplished new mixtape. Spanning 12 tracks and one bonus cut, Level 5 paints a detailed portrait of the FourPocketsFull rapper’s life on the streets, exploring his state of mind as he plots his takeover of the city’s busy rap scene. The new tape, Noodah’s 5th overall, continues his flourishing relationship with Chi Chi, who produced much of the tape, supplying instrumentals that are alternately triumphant and forlorn to match the rapper’s mood.

Mixtape highlight “Purest Form” examines Noodah’s life as a rising star and assures that he hasn’t reached his final stage yet, while “Ran Outta Options” provides a “sense of urgency” (in the rapper’s own words), giving a glimpse into the chaotic and desperate life of a hustler trying to escape his circumstances. Level 5 ends with two songs that center on Noodah’s family life, including  “Sorry Momma,” in which the 4PF artist apologizes for being a bad seed, and the Rylo Rodriguez-featuring “Tameka,” an ode to Noodah’s supportive mother. The final bonus track, “Underrated,” makes clear that Noodah sees himself as elite and won’t stop until the rest of the world sees him the same way. Featuring additional guest appearances from Hunxho and Veeze, Level 5 is available everywhere via FourPocketsFull, Inc.

Along with the tape, Noodah05 shares the new music video for tape highlight “2 Step.” Built around a see-sawing synth riff, “2 Step” is a stern warning from Noodah to the opposition, presenting the rapper as a supernatural force to be reckoned with: “You can run from the bogeyman but when he comin he gon’ get ya/Shoulda joined a fraternity cause you know that we be steppin.” The song gets its power from Noodah’s liquid flow and the song’s chant-worthy, call-and-response chorus. Directed by Caleb Jermale, the video emphasizes the larger-than-life persona Noodah paints in his lyrics, using moody color tinting to convey a horror film atmosphere, with a flamethrower-wielding Noodah as the monster stalking his prey.

Level 5 continues Noodah’s ascension through his hometown’s busy rap scene. The fiery mixtape is the follow-up to last year’s Reborn, featuring appearances from Vory, Bankroll Freddie, and Noodah’s fellow 4PF signee Lil Kee, and 2020’s Merciless, home to Noodah’s Lil Baby-featuring breakout hit “Wild Child.” With the versatility and skill on display in Level 5, Noodah hopes that he can progress from “underrated” to nationally-recognized.

“I want my sound to wake people up,” says Noodah05. “I just want to be heard. I’m progressing so much in my music and I can’t wait to see it pay off.”

After the release of Level 5, Noodah won’t have to wait much longer to become what he always knew he could be.