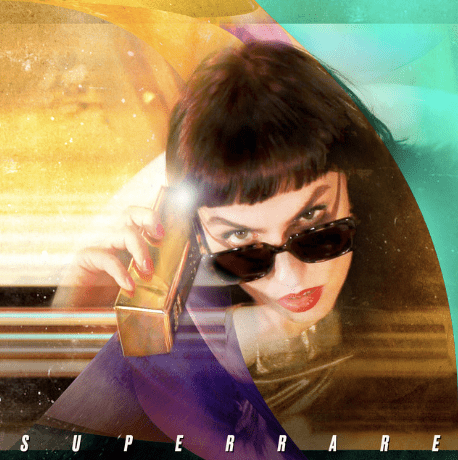 Tech-pop DJs have a new track to play at their next gig with MARIA Die RUHE ’s single “Superrare”. The ego-fueled track will have everyone in the club feeling invincible.

The tech-pop genre is flooded with the same type of beat drops being utilized by different artists, but “Supperrare” is exactly what the song’s name suggests.

The track does not have a beat drop which distinguishes it from most tech-pop songs. Instead, the track utilizes synths and 808 drums to keep the listener enticed.

The song has fewer lyrics than a typical song and allows the instrumental to take majority control. Die RUHE’s lyrics express her self-confidence and big ego which radiates the song with a beautiful energy that will rub off on anyone who listens to the track.

Die RUHE’s lyrics are representations of the demands of living in modern-day society. Everyone strives to be successful or rare, but the sad reality is that most people will not achieve this. Die RUHE discussed this sad reality when talking about her new single.

“Are we really what we seem to be? Taking a glimpse at our over-optimized world that screams for success and individualization – do we all need to be super rare, super fancy, and super perfect?” said Die RUHE. “Doesn’t this just make us distanced and perfectly damaged? I created this song on the edge of capitalism and capitulation. Beneath the surface, there is always a human being and it might be worth taking a second look at who a person really is. Maybe this reality is even more interesting than a seemingly needed perfectionism.”

Die RUHE is from Thuringia, Germany. She previously lived in both Berlin, San Francisco, as well as London and is now based in Leipzig, Germany once more. She has curated an introspective dance track that will surely have listeners dancing.