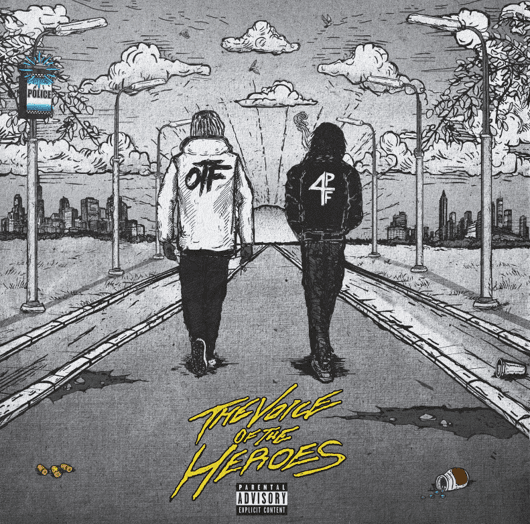 by Vincent Lane
0 comments
Lil Baby and Lil Durk have shared the highly anticipated lead single “Voice Of The Heroes” from their upcoming joint project The Voice Of The Heroes due for release this Friday 6/4 via Quality Control Music / Wolfpack Global Music / Motown Records / Alamo Records. Listen HERE. On the homonymous track Baby and Durk triumphantly swap stories of their journey towards cementing their role as the indisputable, authentic voice of the people and the responsibilities of becoming heroes to those they came up with. The release is accompanied by a new Daps directed video that follows Lil Baby and Lil Durk in the streets of Baby’s hometown of Oakland City in Atlanta, intermixed with vignettes of the differing faces and generations from the neighborhood.
The Voice Of The Heroes is one of 2021’s most highly anticipated albums, with two of the biggest names in the game joining forces to release what will surely be another milestone moment in a long and ever-growing list of accolades for Lil Baby and Lil Durk. Lil Baby recently added to his trophy case last week at the 2021 iHeartRadio awards, bringing home the award for Hip Hop Album Of The Year.
In addition to dropping “Voice of The Heroes” record, the two share the artwork for the upcoming joint project The Voice Of The Heroes. Preorder HERE.