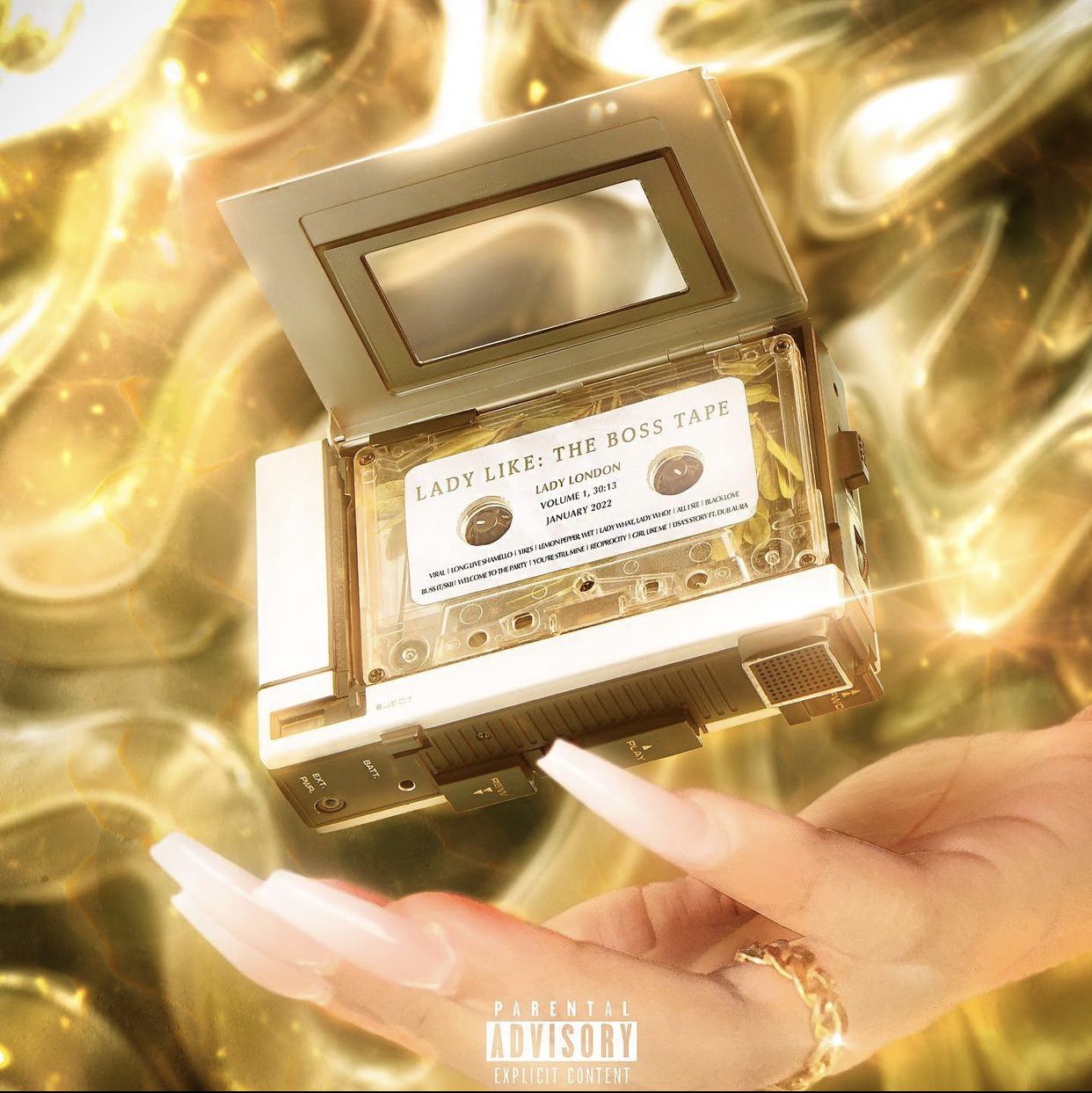 Lady London dropped her highly anticipated debut project, “Lady Like: The Boss Tape”. The album lives up to its name with every bar proving why she is one of the best young female artists in the rap game.

Lady London gained a significant following on social media through her freestyles and she uses many of them in her new tape. The self-proclaimed, “Aristotle of Bravado” will have the listener constantly making grimacing faces at her heavy-hitting lyrics. On the tape, she freestyles over many recognizable beats and does all of them their due justice.

The tape starts with no production, instead Lady London chooses to go acapella with the intro track, “Viral.” The lack of an instrumental makes the listener feel Lady London’s lyrics even more as she gasconades about the male attention she receives and how she moves like a boss. This is shown in lyrics like, “Boss lady I do boss things, catch me everywhere from Bronx River to Palm Springs.”

“Lady Like: The Boss Tape” consists of many popular beats. From her reflective lyrics over Drake’s “Lemon Pepper Freestyle”  instrumental (“Lemon Pepper Wet”) to her comparing herself to Jay-Z over Pop Smoke’s “Welcome to the Party” beat on the song of the same name. The rapper’s confidence shines throughout these tracks as she adds a new twist and presents her original flow over instrumentals that have already been used for hits.

The standout track is the last track on the tape, “Lisa’s Story” which features Dub Aura. The two rappers spit over Foxy Brown’s “Get Me Home” instrumental. In the song, Lady London is having a phone conversation with her friend where she is expressing how she is falling for a man that she knows is not single. Her friend then warns her about the man’s girlfriend and the woman’s violent nature. The track is inventive and demonstrates Lady London’s exemplary story-telling skills

Overall, the album is a showing of the potential Lady London has as one of the premier female lyricists. The album is worth a listen and is available on all streaming platforms.