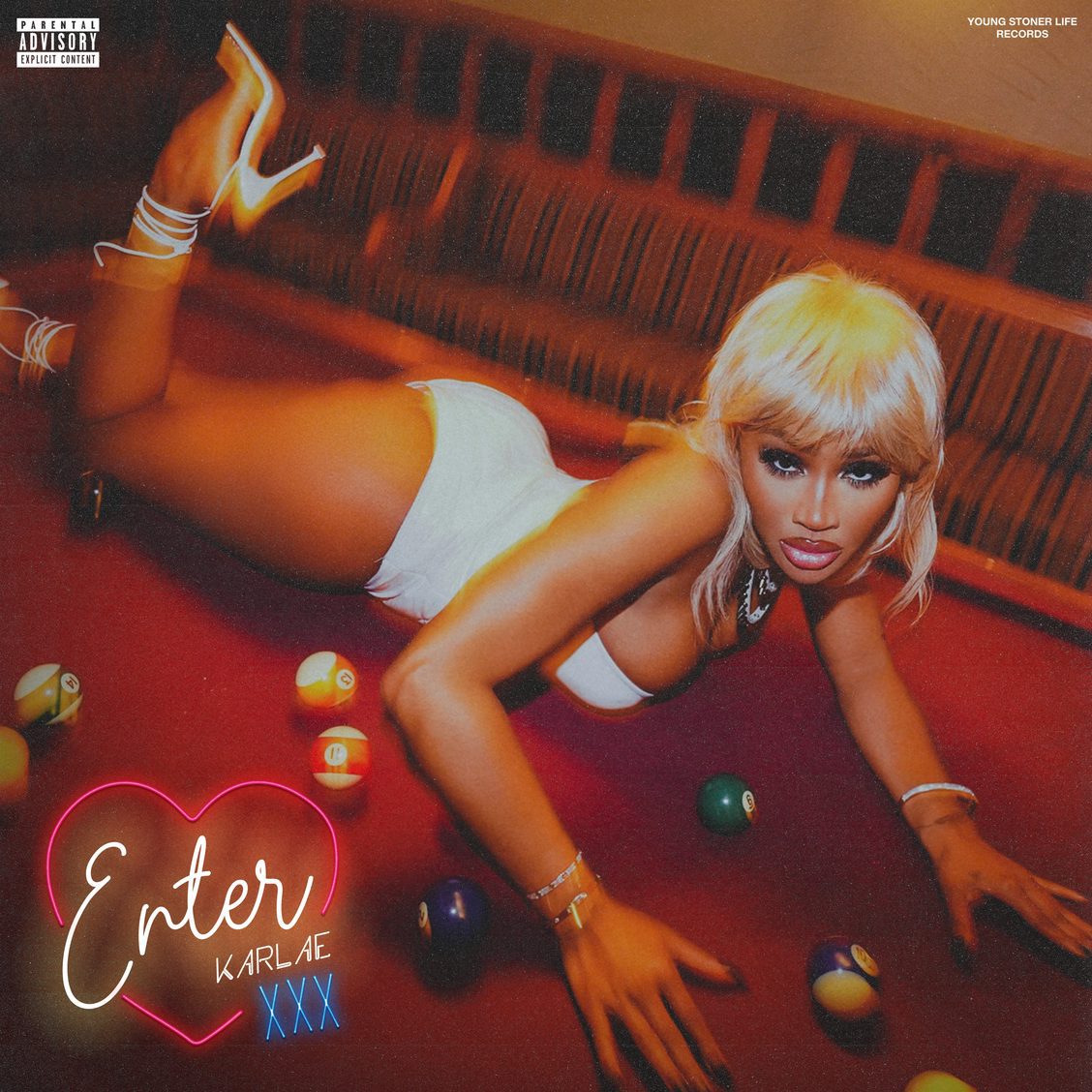 The 16 track effort features standout singles like “Blind” ft. Lil Yachty, “My Type” ft. Yung Mal, “I Like” ft. Coi Leray infectious party anthem “Did That” , as well as appearances from Des Dior on “Cap Ain’t Nothin”, Bhad Bhabie on “Boondocks”, Sonyae on “Left”, Young Thug on “On You”, Gunna on “Respect” and more. Since the original tracklist was released, the tape now features a newly added track “Gotta Get Touched” with Lil Keed. With ENTER, the rap songstress tells her story like she never has before, allowing fans to “enter” into her world.

Though Karlae is carving out her lane in Atlanta’s rap scene, she has long established herself as “First Lady” of Young Stoner Life Records. The burgeoning emcee has been a staple of many pivotal releases from YSL, such as her feature on fan favorite “U Aint Slime Enough” from Slime Language, her 2020 single “Jimmy Choo” ft. Young Thug and Gunna, and her standout appearance on YSL’s #1 Billboard compilation album Slime Language 2 with braggadocious bops “I Like” ft. Coi Leray and “Trance” ft. Yung Bleu. Now, with her new project ENTER, Karlae begins a new era, proving her come-up has only just begun.