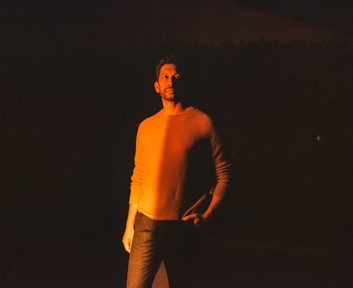 Hirway and Kimbra collaborated earlier this year on the song “Stillness,” from Hirway’s EP Rooms I Used to Call My Own, where Kimbra provided backing vocals and additional vocal production. Additionally, Hirway recently shared a remix of his own for composer and producer Kaitlyn Aurelia Smith. The track, “Check Your Translation (Hrishikesh Hirway Remix),” debuted on Ghostly International. “Still Dreaming,” co-produced by Hirway and Grammy-winning producer Dan Wilson (Taylor Swift, Adele, Leon Bridges), premiered last month alongside a video directed by Demi Adejuyigbe—listen/watch/share here.Hirway had a years-long period of writer’s block. During that time, he created Song Exploder, an award-winning podcast about the creative process, which was adapted into a Netflix documentary series in 2020. That writer’s block ended when vocalist and songwriter Jenny Owen Youngs reached out to Hirway about co-writing a song with her. They wrote one song together, and then another. Half of the songs on the Rooms I Used to Call My Own EP were co-written with Youngs, and the two toured together this year as co-headliners on a double-bill, sharing the stage and performing their respective songs as a duo. “Still Dreaming” is a song Hirway wrote about the transformative effect Jenny Owen Youngs had on his career as an artist; a career he effectively thought he’d lost. The recording features several musicians that Hirway has met and become close with through Jenny: co-producer Dan Wilson on guitar, John Mark Nelson on piano and backing vocals, and Jess Abbott (aka Tancred) on backing vocals. “Jenny changed my life,” says Hirway. “For a long time, I was depressed because I wasn’t making music anymore, and I thought maybe I wouldn’t ever again. Writing with Jenny opened a door to a new way of making music for me, and I’m overwhelmed with gratitude. I don’t think she had any idea what a big deal it was. This song was a way for me to express it somehow.”Hrishikesh Hirway has been producing music for over two decades; first with his project The One AM Radio, and later with MOORS, a collaboration with Oscar-nominated rapper/actor Lakeith Stanfield. As a composer, his credits include the Netflix original series Everything Sucks!, the theme for ESPN’s 30 for 30 podcast and the theme for the Song Exploder series on Netflix. Hirway launched the award-winning podcast Song Exploder, where musicians take apart their songs and tell the stories behind their inspiration and creative process, in 2014. Since then, the podcast has been streamed and downloaded over 65 million times, and has featured guests including Fleetwood Mac, Billie Eilish, Dua Lipa, Solange, U2, Madonna, Haim, Metallica, Lin-Manuel Miranda, The Roots and many more.Besides Song Exploder, Hirway produced and co-hosted the award-winning podcasts Home Cooking with Samin Nosrat, and The West Wing Weekly with Joshua Malina, all of which are on the Radiotopia podcast network. He’s also the host and creator of the Partners podcast. He helped Google launch their first original podcast, and is the executive producer of Shirley Manson’s podcast, The Jump, for Mailchimp. Last August, Fast Company named Hirway one of 2021’s Most Creative People in Business.