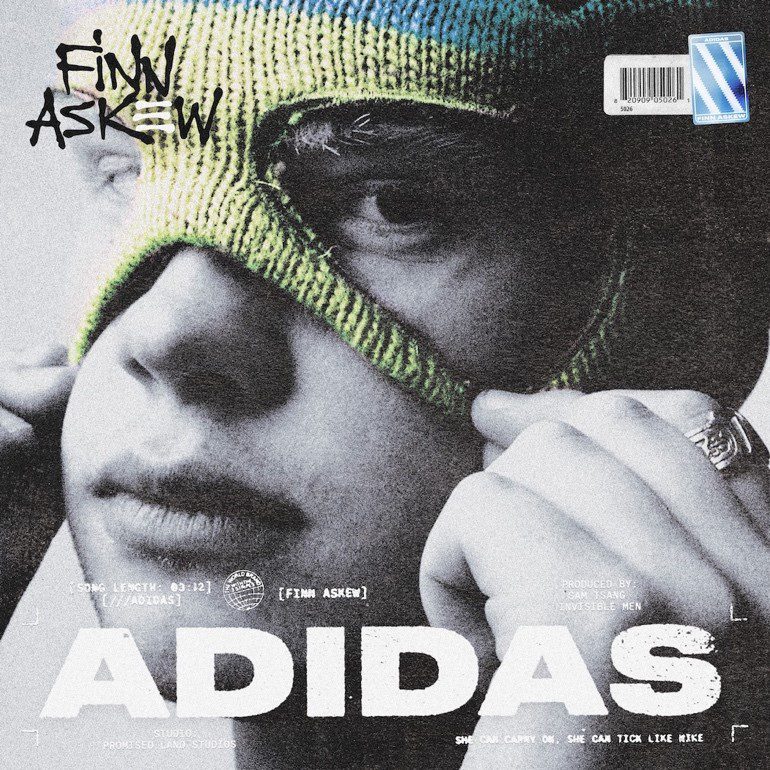 Twenty-year-old UK artist Finn Askew reveals a different side of his artistry on his new single, “Adidas.” Buoyed by rolling guitar riffs and a hook-heavy chorus, the track is from Askew’s forthcoming EP. Check the visual out below.

Finn Askew explains, “I wanted to make a song where after the first listen the listener would be able to sing back the chorus word for word. I feel like I accomplished that with ‘Adidas!’ It’s a proper ear worm. It’s also the first song I’ve released with my producer Congee. He’s one of my favorite people to work with and this is the first of many bangers we have in the locker!”

Askew, a VEVO DSCVR Artist to Watch 2021, will perform on the BBC Introducing stage at Reading + Leeds festival next weekend. He marked the first anniversary of the release of his debut single, “Roses,” by shooting a performance video of the song that finds him accompanied by a harpist. View below.

Combined global streams of “Roses,” which appears on his debut EP, Peach, have now surpassed 100,000. He also recently collaborated with JGrrey, featuring on “Lavish.”

“Adidas” is the follow-up to Askew’s genre-defying summer single, “Paranoia.” The Honey Pop observed, “He pinches his guitars while rapping and giving some feel-good melodies with such class. The young Gen-Z songwriter catches us brightly with his hybrid genres, intertwining the notes and groovy instruments as a full piece in the end…Do you know how to start a party properly? The rock-fueled anthem ‘Paranoia’ is the best way to kick it.”

Rolling Stone AU said, “Genre does not exist for this…bedroom pop prodigy. Askew switches gears between R&B, jazz, rap, emo and indie-rock like it’s light work.” VOIR Fashion Magazine noted, “We all love rockstars, don’t we? Well, Askew is the Gen Z definition of one.” Check out his recent interview with NOTION HERE.