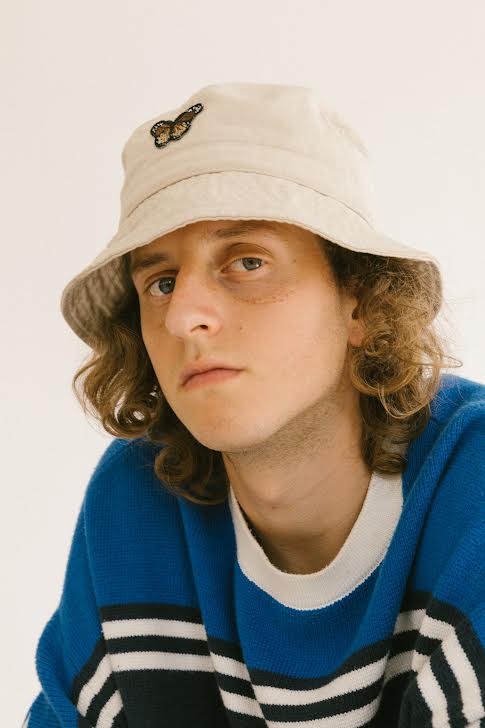 There are two traits that resonate strongest for producer Daniel Allan: his passion for production and desire to do anything possible to produce. While he’s perhaps best-known for his single “Stubborn”, which has amassed over two million streams on Spotify, recent hits like the newly-dropped “Chasing Paradise” with slenderbodies have quickly gained traction. Last year, Allan turned to NFTs — non-fungible tokens — to help fund his upcoming music releases. He’s made a name for himself in that space as well, selling digital copies of his music for thousands of dollars each. Below, Allan talks personal inspiration, his journey in the industry and what the road ahead holds.

I love the background on how you got into electronic music. Can you recall any of

those early artists you listened to on your brother’s iPod or at Lollapalooza?

The iPod actually had a bunch of rap/hip hop on it. I remember being obsessed with Nas, Rakim, LL Cool J, Biggie, and the Beastie Boys. It also had some electronic music that I would listen to from time to time – it wasn’t until I went to Lolla and heard Above & Beyond that I connected the dots and realized that was some of the electronic stuff that was on the iPod. In a weird way I was way more into rap than I was electronic music but when I saw electronic music in a live setting for the first time it changed everything for me.

Your sound bumps into a variety of different genres – indie/electronic/r&b/pop/etc.

Tell me about the things that inspire you.

It’s so funny because I think the newer music I’ve been working on is even more different than some of the stuff I’ve previously put out. To be honest I’m super inspired by my friends. I live in Los Angeles where I’m fortunate to have an eclectic group of music friends all making a bunch of different genres. Collaborating with them and having an understanding of their creative process’ has definitely influenced bits and pieces of my own.

Do you have a dream collaboration?

Skrillex or Kanye are definitely the top two. I feel like working with them I’d really get to

make whatever sonic decisions I want and be confident that they could take it in a unique but tasteful direction.

When you have momentum, take it and run with it because it is really hard to get back.

Tell us about some of the inspirations between your latest single, “Chasing

I produced Chasing Paradise in Malibu looking at a sunset – I remember being super inspired by Jai Paul and the tone of his guitar, as well as some early Flume records.

Teaming up with slenderbodies seems like the dream team! How did this

Slenderbodies have been homies of mine for quite some time – we first met on the internet a few years ago and started working together. This is the first record we’ve had come out, but we’ve working on quite a few over the years – they definitely make my job really easy!!

How did watching your parents work to build their lives here inform your own transition into the music world? Do you feel like their journey influenced your own?

Yeah in hindsight it definitely had a huge impact. The immigrant story is a common one but it never gets old – seeing my parents move here with $300 in their pockets, adapting to an absolutely foreign language, and throwing their educations out the window really gave me the audacity and the confidence to pursue a career in music. Their story makes mine feel like it would’ve been a piece of cake for them.

Where do you see your strategy with NFTs heading as you move forward?

I think NFTs are always going to be a crucial building block for me. Ideally I want every new release on DSPs to be accompanied by a fresh Web3 component, and over time I’m hoping to bring the two fanbases of Web2 and Web3 closer together.