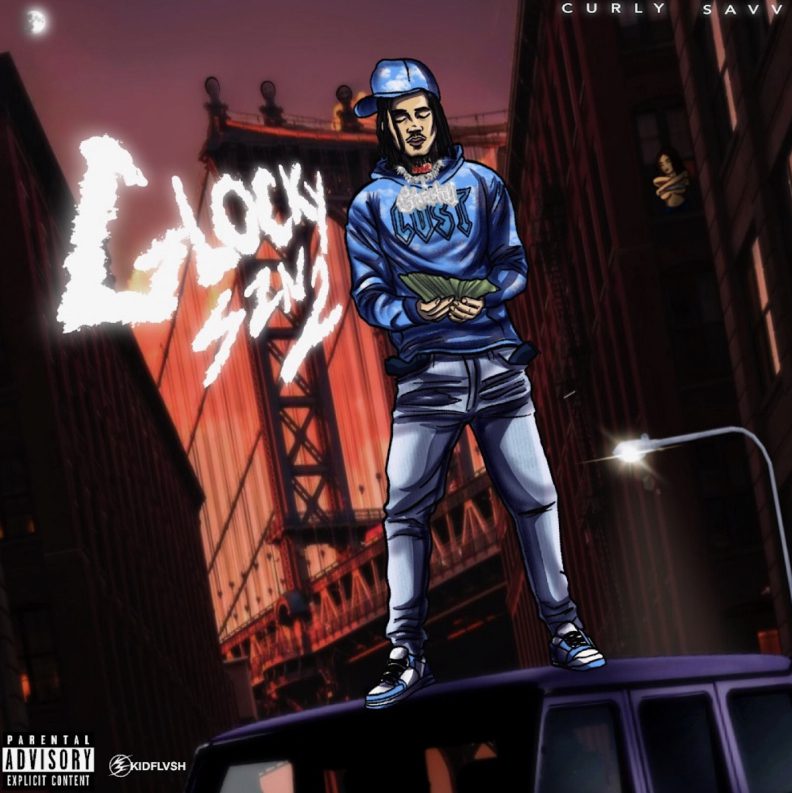 Curly Savv is one of the most underrated rappers from Brooklyn, but the underrated label should be replaced with best after the release of his new album “Glocky SZN 2”.

On “Glocky SZN 2” Curly Savv proved there is not a lot of rappers better than him in the drill scene. There are plenty of great drill beats throughout the album with the most unique one being on “Candy Shop” where the drill instrumental sampled 50 Cent’s classic song “Candy Shop”.

Though the majority of the album utilized drill beats, there were trap beats used on songs like “Calendar” and “Game Over”. On the song “Dreams 2 Reality” the instrumental used an acoustic melody and brought a chill vibe to the project. Overall, Curly Savv proved that he can rap on multiple variations of beats although drill beats are his strong suit.

There are only four features on the project, but this is smart for a young rapper trying to show his talents. Curly Savv collaborated with Quelly Woo, Dread Woo, and Rah Swish on the drill song “No Location”. They are all from Canarsie, Brooklyn and it was rejuvenating seeing them all on one track. It felt like the song was only missing a verse from the late Canarsie rapper Pop Smoke.

The other feature artist was G Herbo on the song “50 Shots”. The song has been out since last year nevertheless the track still fits well into the sequencing of the album.

Savv’s lyrics on the project are what his fans expect. His clever gun wordplay and sports references are evident on the album.

The most introspective song on the album is “Dreams 2 Reality”. On the track, Savv reflects on how far he has come and how his drug use does not take the pain away. He raps on the song, “Takes drugs for the pain, but it only makes it worse.”

With this album, it is a crime that Curly Savv does not receive more recognition. The album is available on all streaming platforms.