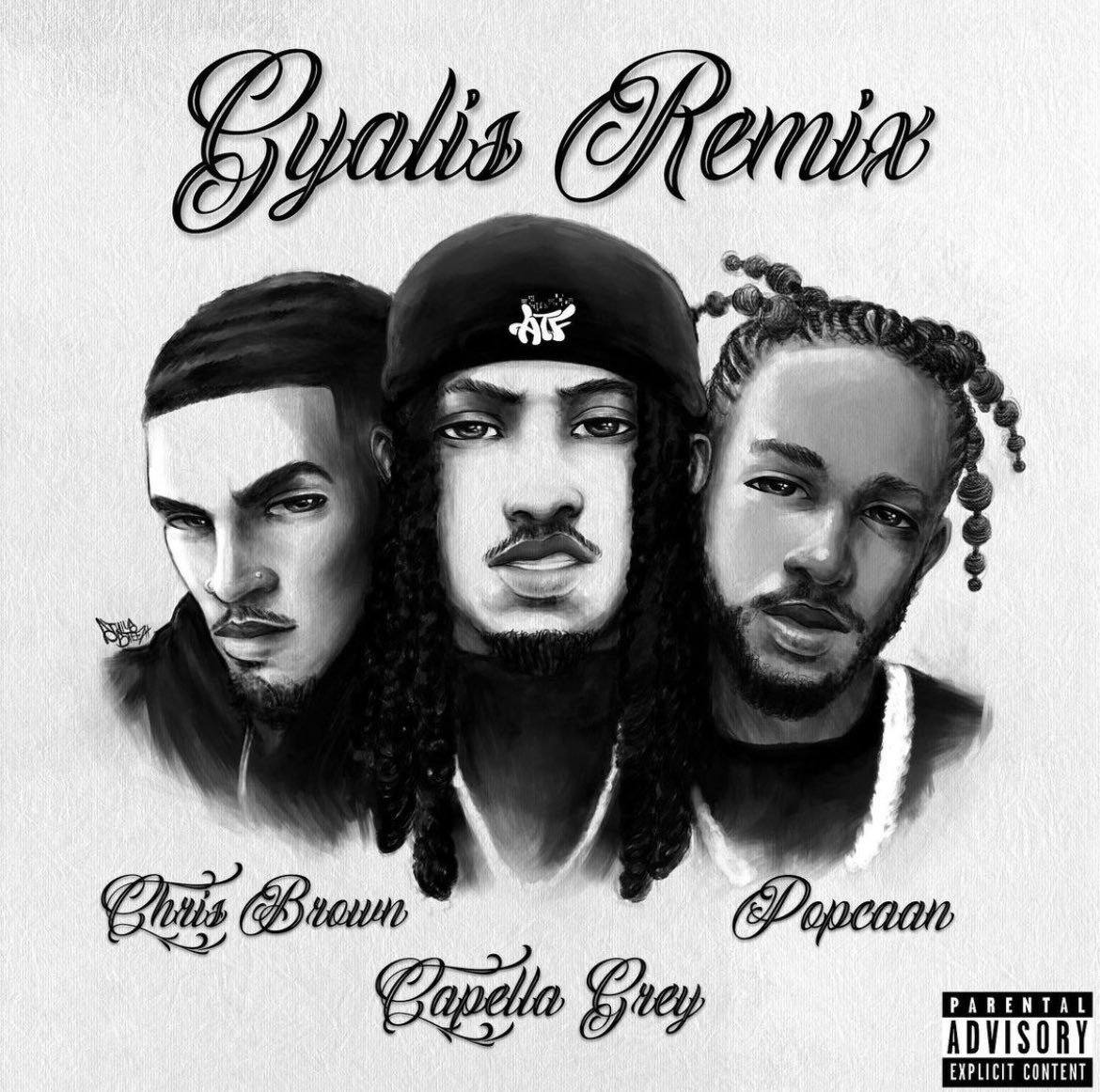 Fans of one of the hottest songs of the year were certainly in for a treat when the official remix to Capella Grey’s “Gyalis” was finally released on Friday, October 1st.  Hip-Hop and R&B superstar and actor, Chris Brown and Caribbean Dancehall artist and international hitmaker, Popcaan joined the track. Grey officially announced the release to come via his Instagram post made on September 27th. Prior to the release, fans showed their excitement for what was to come with the official remix:

The anticipated hit certainly expanded on its Caribbean flare in addition to its already catchy rhythm and flow. The original hit surpassed 5 million views on YouTube, over 5 million listens on SoundCloud, and over 94.6 million streams. Coming in close to Chloe Bailey’s “Have Mercy,” the hit peaked to number 2 on the “Top Songs” iTunes charts according to Grey’s Instagram post on September 11th. See images below. 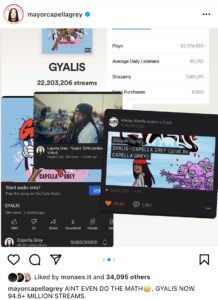 The 27-year-old Bronx native has released plenty of songs back in 2020, but “Gyalis” officially put him on the map. He also applauds himself for being more than a singer/artist, but also a “producer, writer, mix engineer, and young label executive.” The track information in regards to the original record lists Grey as the producer, writer, recording engineer, vocalist, studio personnel, programmer, mastering engineer, and mixing engineer—he certainly is an artist who wears many hats and whose talent knows no bounds!

The collaboration most definitely passed the vibe check! Chris Brown and Popcaan were certainly a step in the right direction when producing this track. Each artist took the song to a whole nother level especially with the New York slang and influence. As far as we know, every gyal is looking forward to what will come of Grey’s future hits! We look forward to seeing what’s next up for him this year.