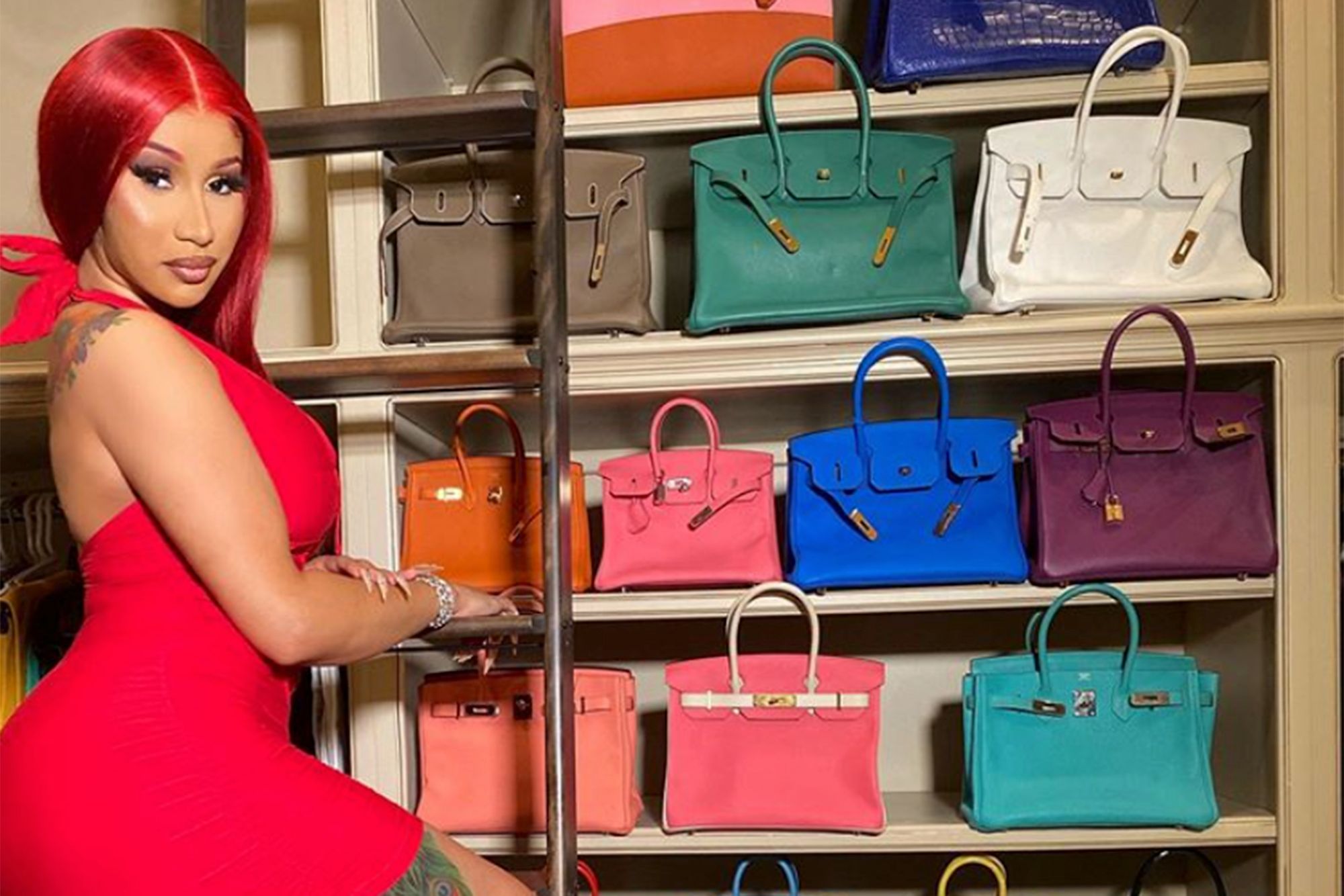 We all know the luxury French brand Hermès is known for the most expensive handbags in the world, with the most famous bag being the “Birkin Bag”. The Birkin Bag line is named after British actress and singer Jane Birkin. The conversation about Birkin Bags has become controversial especially in the Hip- Hop culture. Last week, Rapper Saweetie known for her hit song “My Type”, went on Instagram Live speaking about how all men should buy their women a Birkin bag. People went to social media and had different opinions on Birkin bags and how black rappers spend their money on numerous luxury bags.

Celebrities, Offset and Cardi B, responded to trolls who had something to say about Birkin bags. Offset posted on Instagram of a photo of himself and Cardi B surrounded by a table full of Birkin bags stating,

“Stop letting people on the internet tell y’all who can get a Birkin at the store, and how many Birkin’s you can get. Black people having access to luxury shouldn’t be a debate…by the way hip hop starts the trends!

Offset statement is true. We all know Birkin bags are expensive, but why does it matter who buys them? Especially Black people, they deserve luxury items as much as their white peers. Cardi B went to Instagram Monday night and posted a video about a tweet she saw about black female rappers buying Birkin bags was “depreciating the value of them”, she said:

“ I find it interesting because first things first, I definitely could get a bag. Actually I got four bags today from the Hermès store. That’s one. I don’t wanna brag but it’s like, don’t try it. Second of all, why is it that y’all asking female rappers if they can get a bag from the Hermès store. Y’all don’t do that to these white celebrities. So, why is that y’all gotta be asking us?

She then goes on about how instead of depreciating value, they add value because in Hip-Hop culture, when someone mentions a brand, sales go up. Her statement does match with Offset point of view on Hip-Hop starting trends, a lot of people can agree on. Birkin Bags has been used in songs by the Migos, City Girls, Meek Mill, Drake and many more. They are the real ones whose has been promoting Birkin Bags with their catchy lyrics. Black people have been starting trends for years, just because Black celebrities want to spend thousands of dollars on bags let them because they could be helping brands with their sales.