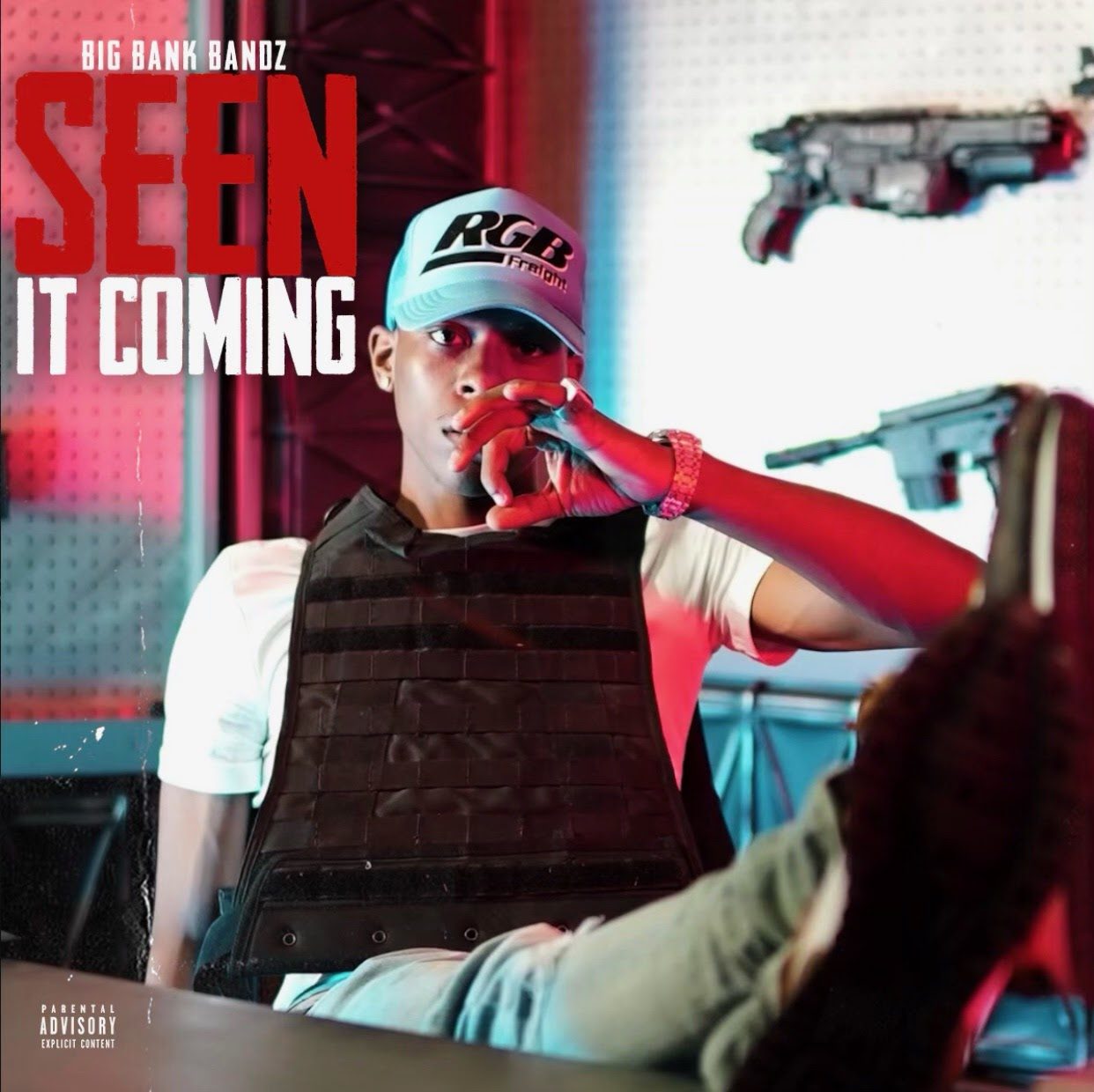 Chicago rapper BigBankBandz has been shutting down the rap game and progressively making a name for himself.  Last year he dropped his anticipated EP “Bank Statement” and it went number 9 on the Hip Hop/Rap charts on iTunes. He has worked on records with artists like Calboy and been on tour with artists like Chief Keef.  From dropping his success with his EP in 2020, Bandz used 2021 continued to deliver heat with singles like “Young Vet”, “Loyal”, “Like Me”, and “Vibin” just to name a few. With Bandz consistency to drop new music, he has racked up over 1 Million views to date.

Through BigBankBandz’s achievements and new single “Seen It Coming”, he is on track to be crowned the next big thing.

In “Seen It Coming” he took the time out to discuss the conflicts of being an up-and-coming known rapper. Bandz talks about how friends turned into haters when he started getting notoriety in the industry and how women are only around him because of his new fame. With this track and video, he took time out to address the conflicts with no one but himself in the video. He’s rapping like he has something to be said and demanding to be heard.