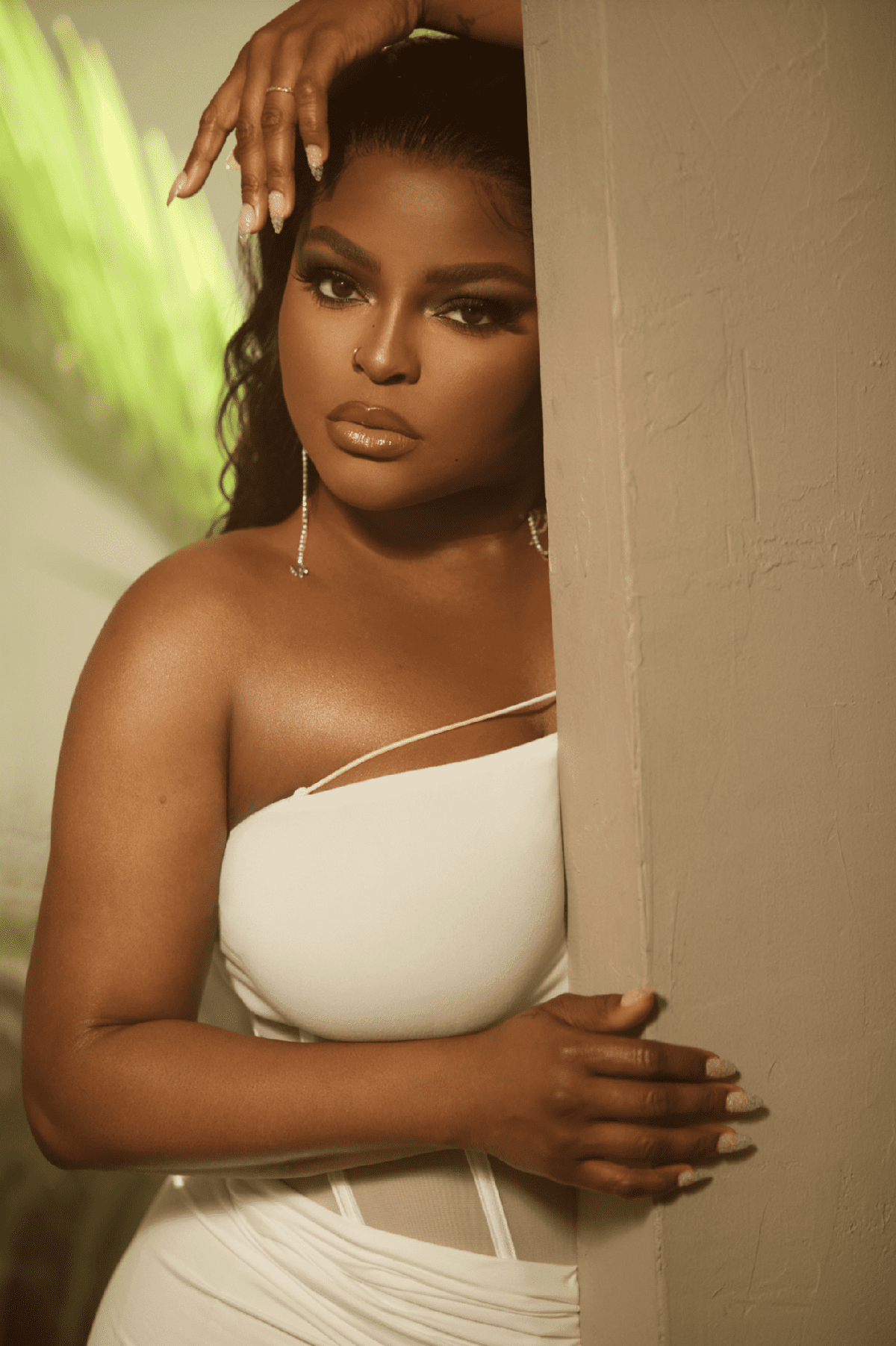 R&B singer/songwriter Asiahn turns up the heat while taking it slow on her sultry new single, “Fall Back,” out today via Since the 80s / Motown Records. The track, an age-old tale of falling too hard and too fast, comes alongside a wine-soaked video that follows the intimate push-and-pull between two not-yet-official lovers.

As she’s proven before, Asiahn has a keen ability to dissect every emotion and stage of romance with a vulnerability that’s immediately felt. On “Fall Back” she boldly takes the reins, and sounds more convincing than ever. “I just want to drive you crazy,” she teases, over sizzling synth, bursts of sax, and glistening harp. But she’s not here to seduce—not yet.

Remarkably, Asiahn wrote “Fall Back” in about 15 minutes alongside producer Dreek Beatz. “The story behind the song is, well, true,” she laughs. “I know we’ve all been in a situation where we’re trying to get to know someone casually. Then, of course, she falls in love anyways. It’s a song telling that person to ‘fall back, you doing too much.’ Let’s just get to know each other and see if getting serious is even something we want to do.” The video shows that conversation in action, from flirty Post-it notes to a playfully tipsy tete-a-tete.

A fan of all things futuristic and tech, Asiahn has teamed up with Verizon, Capitol Music Group (CMG) and Motown Records to give fans a new way to experience a music video. Using the ASIAHN app, fans can extend Asiahn’s “Fall Back” music video into their living rooms with Augmented Reality (AR). As the video plays on their TV or laptop, they can toggle between an ambient AR experience that plays in sync with the video and a volumetric capture (360-degree capture) of Asiahn dancing to her song in their room. The ASIAHN app, available September 29th on the Google Play and Apple app stores, is the second project in Verizon and Capitol Music Group / Motown’s Emerging Tech and Emerging Artist Series.

“Fall Back” continues the Los Angeles-based artist’s transition from lovesick songstress to empowered star, as showcased on her Motown debut, The Interlude EP, released earlier this year. The EP debuted on multiple Billboard charts and earned Asiahn Billboard‘s Emerging Artist Spotlight, started at #33 on Apple Music Charts, and received support from fans and critics like Halle Berry, Lena Waithe, and Keke Palmer, to American Songwriter, Essence, Nylon, Refinery29, MarieClaire, and many more.

Asiahn will also be playing the title character in the upcoming Netflix animated series, Karma’s World, created by Ludacris. The show tells “the story of a girl finding her voice and using it to change the world.” Sounds like the ideal role for this 3x-Grammy-nominated talent who continues her steady rise, which includes being named Pandora’s Artist to Watch 2021, participating in Live Nation’s Black History Month, and Tidal Sessions performances.