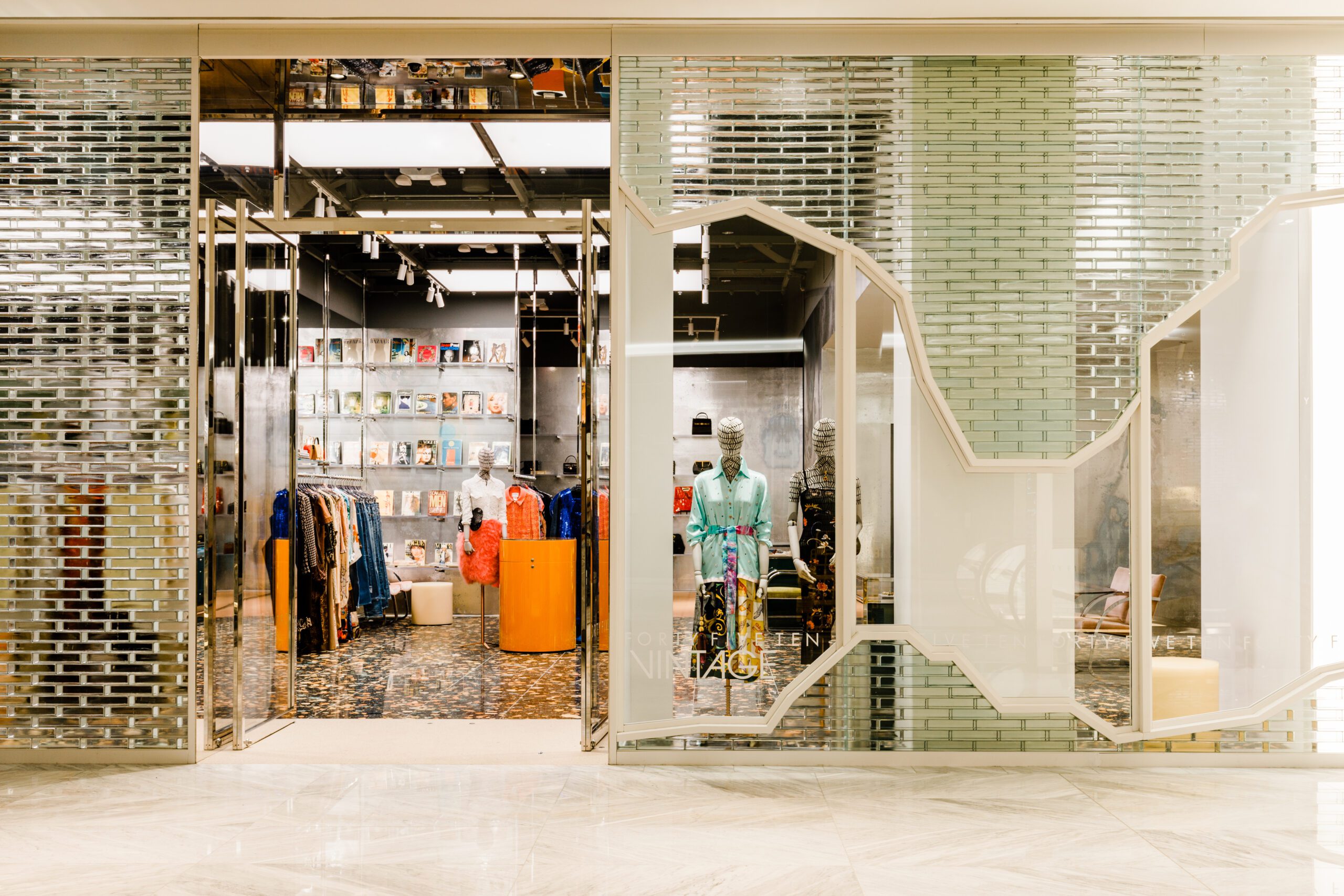 Located on the fifth floor of The Shops at Hudson Yards, Forty Five Ten’s New York location will occupy 16,000 square feet, each dedicated to a particular category including Women’s Designer, Men’s Designer, and 4510/SIX, a platform for emerging fashion and design. Each space will showcase a compelling roster of designer products, a list of which can be found below. 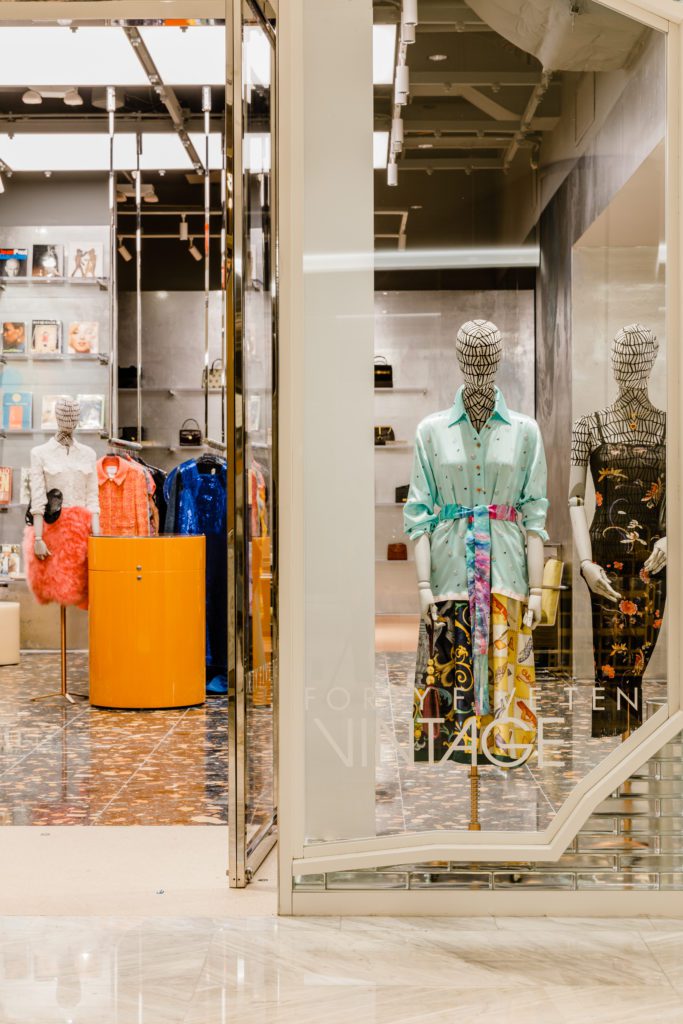 Adjacent to Kawi, a new concept by Momofuku, Milo’s, and Bouchon Bakery, the space was co-designed by President and Creative Director Kristen Cole and Headington Companies’ Senior Vice President of Retail and Hospitality Joe Cole to feature contemporary artist collaborations, works, and installations—long a distinctive expression of the Forty Five Ten brand experience, as well as that of Headington Companies. 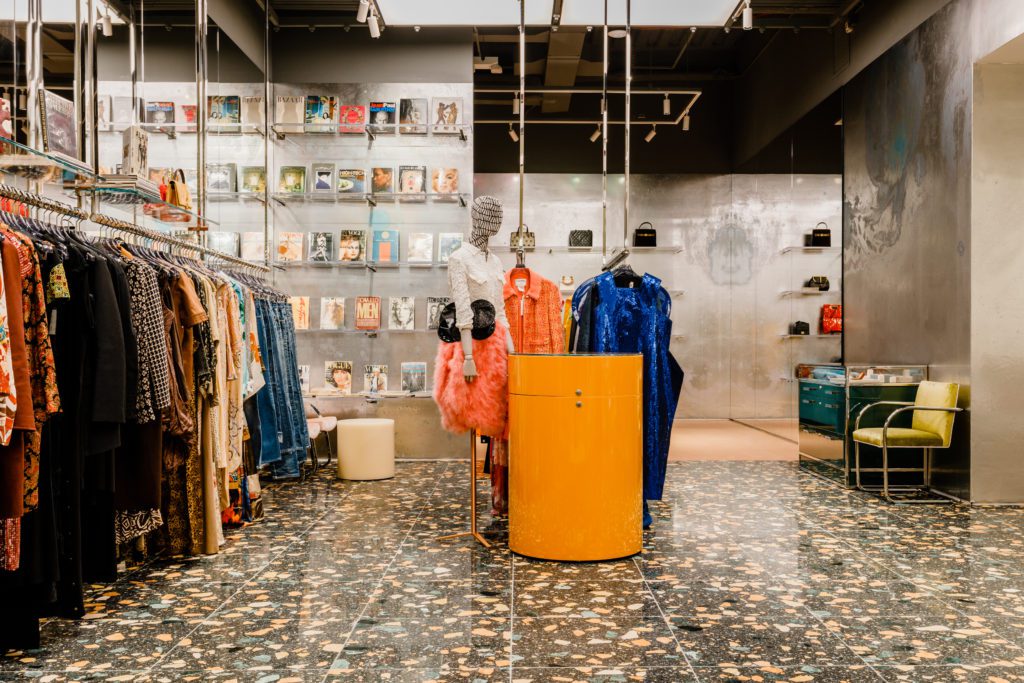 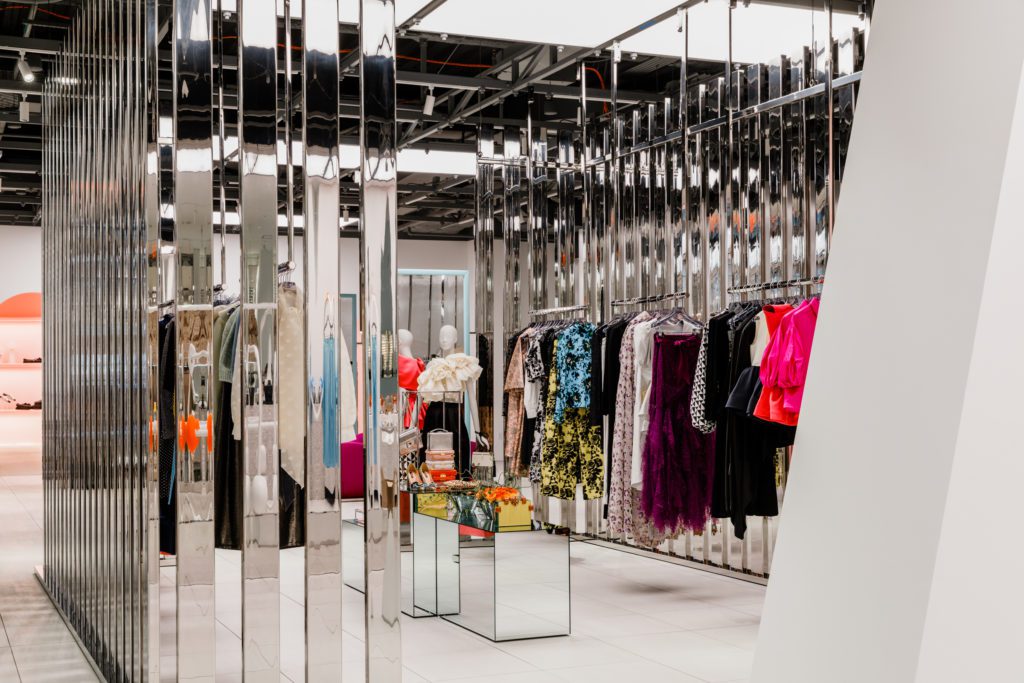 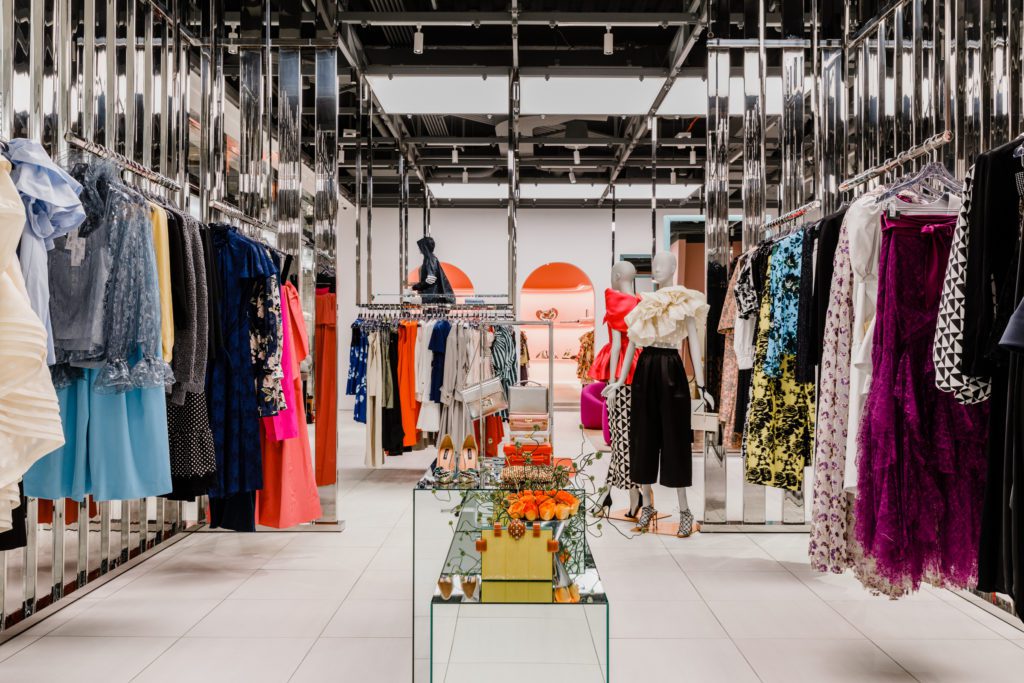 The artful storefronts were designed in collaboration with Snarkitecture, resulting in a compelling glass brick façade that belies the standard visual language of commercial spaces, as were the grid-like retail displays within the stores.

Among the artworks and installations on display will be a Jose Dávila sculpture in Women’s Designer; Al Freeman soft sculptures in Men’s; Katie Stout sculptures in 4510/SIX; and furniture and retail display fixtures throughout by Greg Bogin. 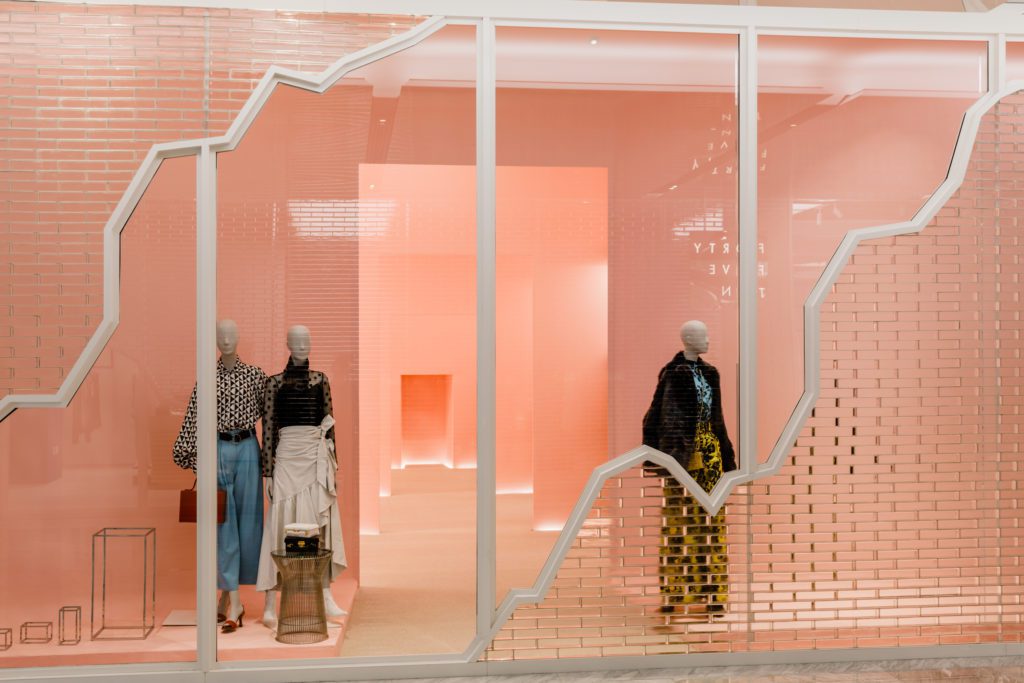 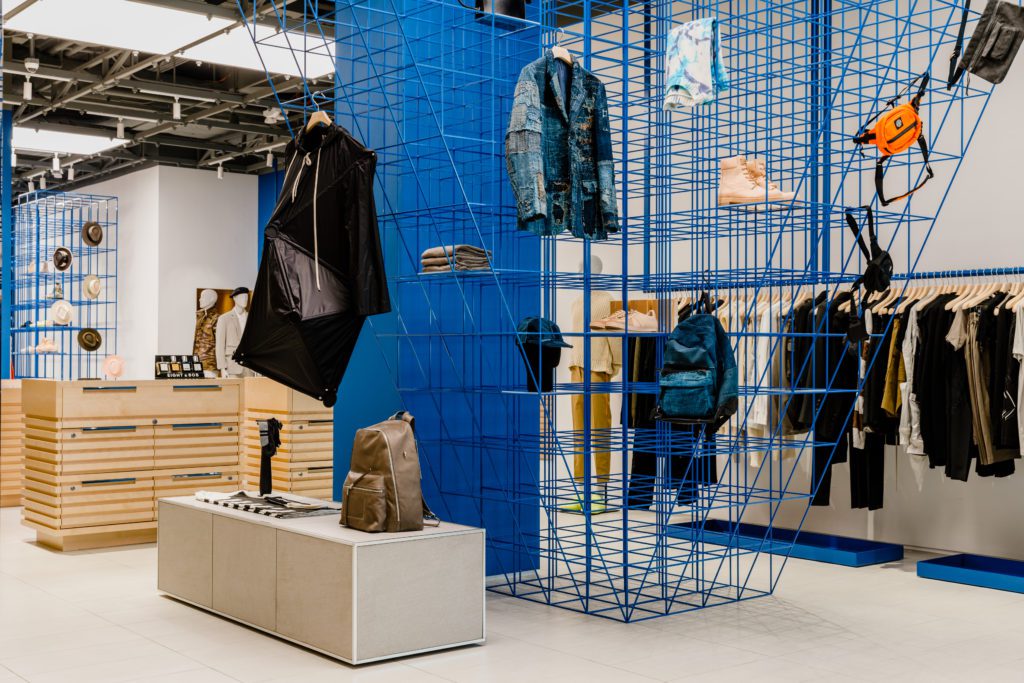 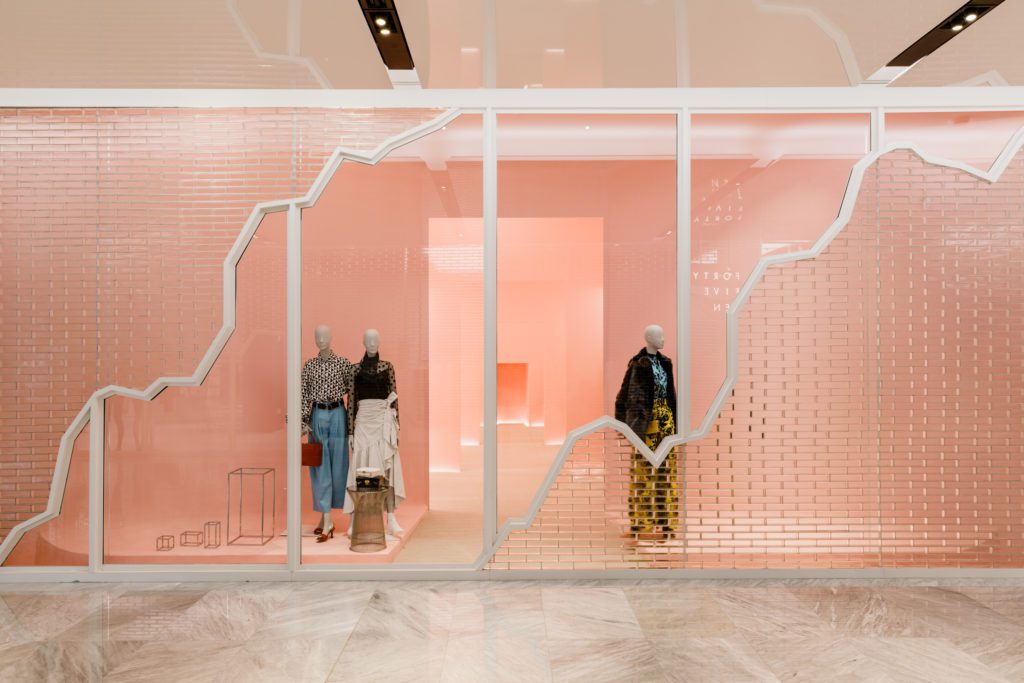 The artworks on display in the new spaces reflect the brand’s alignment with the New York cultural and art world, including an ongoing collaboration with the Whitney Museum of American Art on a capsule collection by artist Caitlin Keogh, which follows Forty Five Ten’s sponsorship of the 2019 Whitney Art Party.