By now we’re all well acquainted with the Easter hue/ color “du jour” by the name of Millennial pink. Alternatively, you may have heard it called Rose or Tumblr pink. It’s taken the world by coat, latte and restaurant since 2016 and hasn’t shown any signs of retreat. In fact, it is so popular many fashion brands have adapted the color to previous and upcoming seasons of clothes just to meet the demand for more pink!! Similarly, we saw this happen in 2015 when shades of beige were under represented in boutiques across the world and we were so cleverly taught to survive the drought by naturally dying our white clothes with black tea(at least thats what I was doing.) 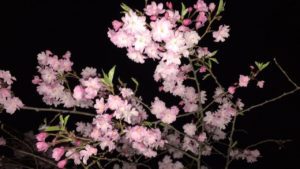 Previously, pink was a signifier of a kind of girly, aloof, femininity, something most millennial’s would be hard pressed to identify with today. But in many ways we have reclaimed the color to be a symbol of androgynous, light hearted, girl-boss fluidity that has infected even the most masculine personas. Perhaps this is evidenced by the rapper Cameron who is famous for rocking the all pink fit.

This color is having more than a moment in fashion. Fenty by Rihanna has used the color in every one of its collection’s. Opening Ceremony X Vans glitter pack collaboration debuted its pink glitter sneaker (that did so well I couldn’t even get my hands on a pair.) Gucci, Anti Social Club, Kenzo and most other brands all have introduced the color into their lookbooks. Unsurprisingly the garments donning that hue’s have consequently sold out.

I can’t help but notice how fashion leeketh over (if I may) and other industries seemingly follow suit. Not only has it found fans within the culinary realm as pink drinks and unicorn foods are also of the moment but within architecture, interior design, wellness and has even been associated with political statements! Although not the same shade as the pink pussy hat, millennial pink has come to represent shades varying from a nude with notes of bubble gum likened to the very popular common project’s sneaker to salmon in the form of many a sold out fur coats seen this winter. This color has the staying power of fresh pressed beet juice on a white frock in April (RIP). 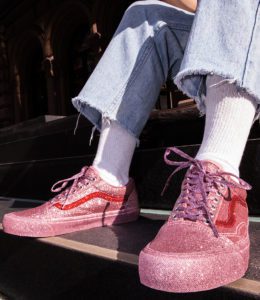 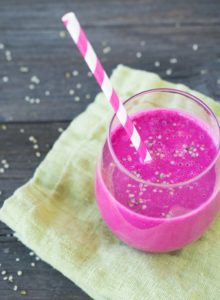 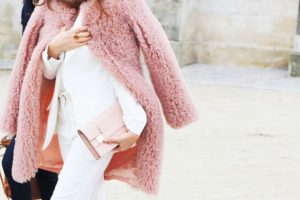 Places like Cha Cha Matcha, Dimes, Pietro Nolita and Cafe Henrie have taken it a few steps further with pink décor. On the minimal end with menu’s and napkins to full on pinking out their entire dining space. We’re talking lighting, pink stained wood tables, and the Pepto Bismol shade of paint on its walls on both the interior and exteriors. 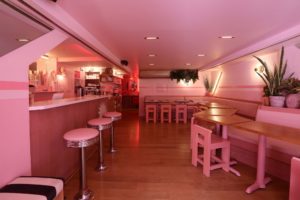 The all time ambassador of color pegged pink as the color to watch long before it became a mainstay for the culture. Pantone, the absolute boss of color and the multidisciplinary communication of color had this to say about it’s choices for colors of the year.

“A softer take on color for 2016: For the first time, the blending of two shades – Rose Quartz and Serenity are chosen as the PANTONE Color of the Year

As consumers seek mindfulness and well-being as an antidote to modern day stresses, welcoming colors that psychologically fulfill our yearning for reassurance and security are becoming more prominent. Joined together, Rose Quartz and Serenity demonstrate an inherent balance between a warmer embracing rose tone and the cooler tranquil blue, reflecting connection and wellness as well as a soothing sense of order and peace.

In many parts of the world we are experiencing a gender blur as it relates to fashion, which has in turn impacted color trends throughout all other areas of design. This more unilateral approach to color is coinciding with societal movements toward gender equality and fluidity, the consumer’s increased comfort with using color as a form of expression, a generation that has less concern about being typecast or judged and an open exchange of digital information that has opened our eyes to different approaches to color usage.”

With that so poetically said, there is nothing I’d like to see more than this color stick around. Whether it be on this season’s Fendi sneaker boots, the Chill By Will leggings on the model in my yoga class or the rose quartz vibrating healing energy found in many of the home’s of my beloved woo-woo wellness generation. 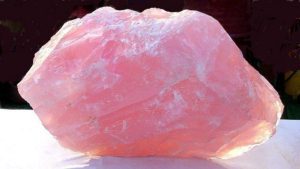 The Future is Female with Lacoste’s New Creative Director