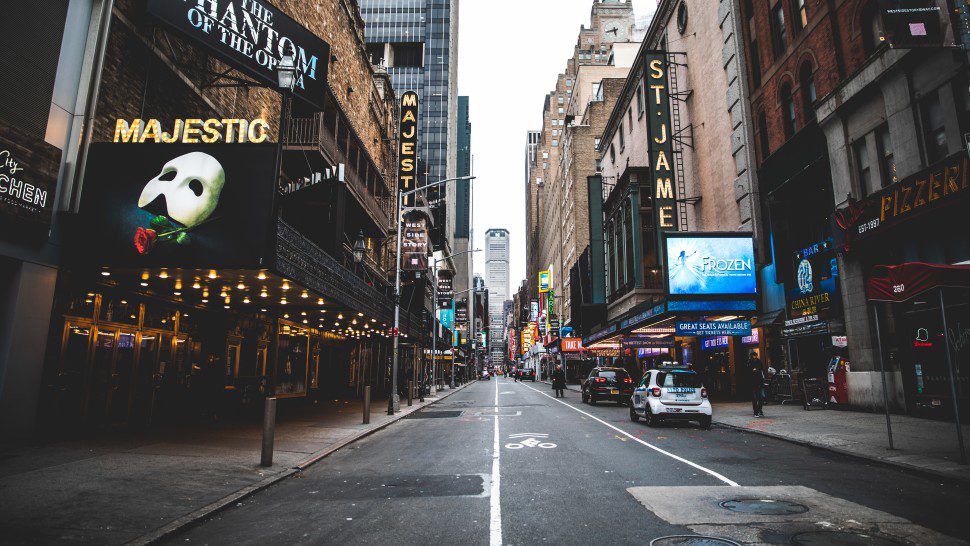 The Broadway League announced the suspension of all Broadway performances on October 10th after the coronavirus pandemic shut down theaters in March. After repeatedly postponing, the national industry association disclosed that all ticket sales for shows through May 30, 2021 would be canceled until a later date.

Since March 12th, the pandemic put an end to all of the 41 Broadway theaters. An exact date to when the theaters would reopen again has not been announced yet but producers are actively refunding and exchanging tickets to anxious theatergoers. The first postponement was made in April but that extended to June, then it went from September to January, and now it has been extended until May of next year.

The lockdown has proven to be detrimental to the theater’s livelihood, leaving thousands of workers unemployed with no other way to bring in money. Some had to file for unemployment while others fled New York City unsure of what they would do next.

“With nearly 97,000 workers who rely on Broadway for their livelihood and an annual economic impact of $14.8 billion to the city, our membership is committed to re-opening as soon as conditions permit us to do so,” Broadway League President, Charlotte St. Martin stated, “We are working tirelessly with multiple partners on sustaining the industry once we raise our curtains again.”

New shows coming in the spring are forced to set new dates in addition to the shows that were cut short in March when the theaters were shut down. 16 productions that were scheduled to open had to push back their dates to accommodate this new timeline. Upcoming spring productions include the Music Man, Flying Over Sunset, Caroline, or Change, Plaza Suite, American Buffalo, and The Minutes. The suspension of these shows will also lead to further complications to the Tony Awards schedule and nominations.

This suspension will mark the longest showdown in Broadway history and producers are currently discussing methods on how theaters can reopen safely in the future.