Artist Sam Tufnell’s ‘Self Portrait As A Flat Earther’ 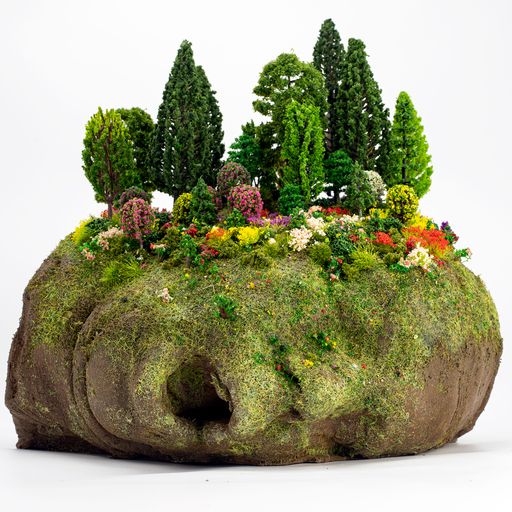 Artist Sam Tufnell’s ‘Self Portrait As A Flat Earther’

NYC-based artist Sam Tufnell (1975- ) will have his series, titled ‘Self Portrait as a Flat Earther,’ displayed at the upcoming 11th New York City SPRING/BREAK. Following the application process, Tufnell was chosen, among other artists, to exhibit his artwork. From September 7th to 12th, the installation will be showcased during Armory Arts Week.

SPRING/BREAK is an exhibition art show which uses “underused, atypical and historic New York City exhibition spaces to activate and challenge the traditional cultural landscape of the art market.” By democratizing the arts scene in New York City — creating “low-cost exhibition space and low-cost entry for art patrons, public, and practitioners” — SPRING/BREAK’s mission is to “widen the arts audience in New York and broaden the dialog of what constitutes value and economy in a 21st Century city.”

This year’s theme for the upcoming art show is ‘NAKED LUNCH.’ Based in Renaissance tradition, artists’ were supposed to create artwork which returned to ideas of “Nature, the Body, figuration, and metaphors of nudity and depictions of social encounters, [and] depictions of ‘the scene.’”

Artists were supposed to update the mediums, styles, and content of the Renaissance artistic movement. Their artwork was supposed to represent “gambols and illicit rendezvous, depictions of artist gatherings, pastoral scenes and their anthropomorphic re-imaginings in line with antiquity’s own poeticizing.”

Like his predecessors, Tufnell is a multimedia artist who pushes the boundary of the norm — with his own artistic process, direction, and language. While his artworks rely on “modern materials and experimentation,” Tufnell describes himself as operating “within our most traditional art forms: still life, landscape, and portraiture.” This paradox, most aptly seen in ‘Self Portrait as a Flat Earther,’ is about examining the relationship between “subject and material.”

Tufnell’s ‘Self Portrait as a Flat Earther’ coheres perfectly to ‘NAKED LUNCH’  — through staging scenes of historical misconceptions which existed during the Renaissance. Using casts of his own head, Tufnell created a series of miniature landscapes and seascapes embodying those misnomers. Included in the series are homages to the Flat Earther theory, the Bermuda Triangle, and the island of Persephone. Then, Tufnell turned that series into a collection of digital prints and videos.

Following in the spirit of Renaissance artists, Tufnell fundamentally believes “art is all about beauty.” If beauty can be elicited from everything and anything, then Tufnell is asking us to appreciate that which does not even exist — the distorted, fictional realities of ‘Self Portrait as a Flat Earther.’

With his contribution to SPRING/BREAK, Tufnell is truly representative of the new ‘Renaissance Person’ — transposing the figure from 16th century Italy to 21st century New York City.