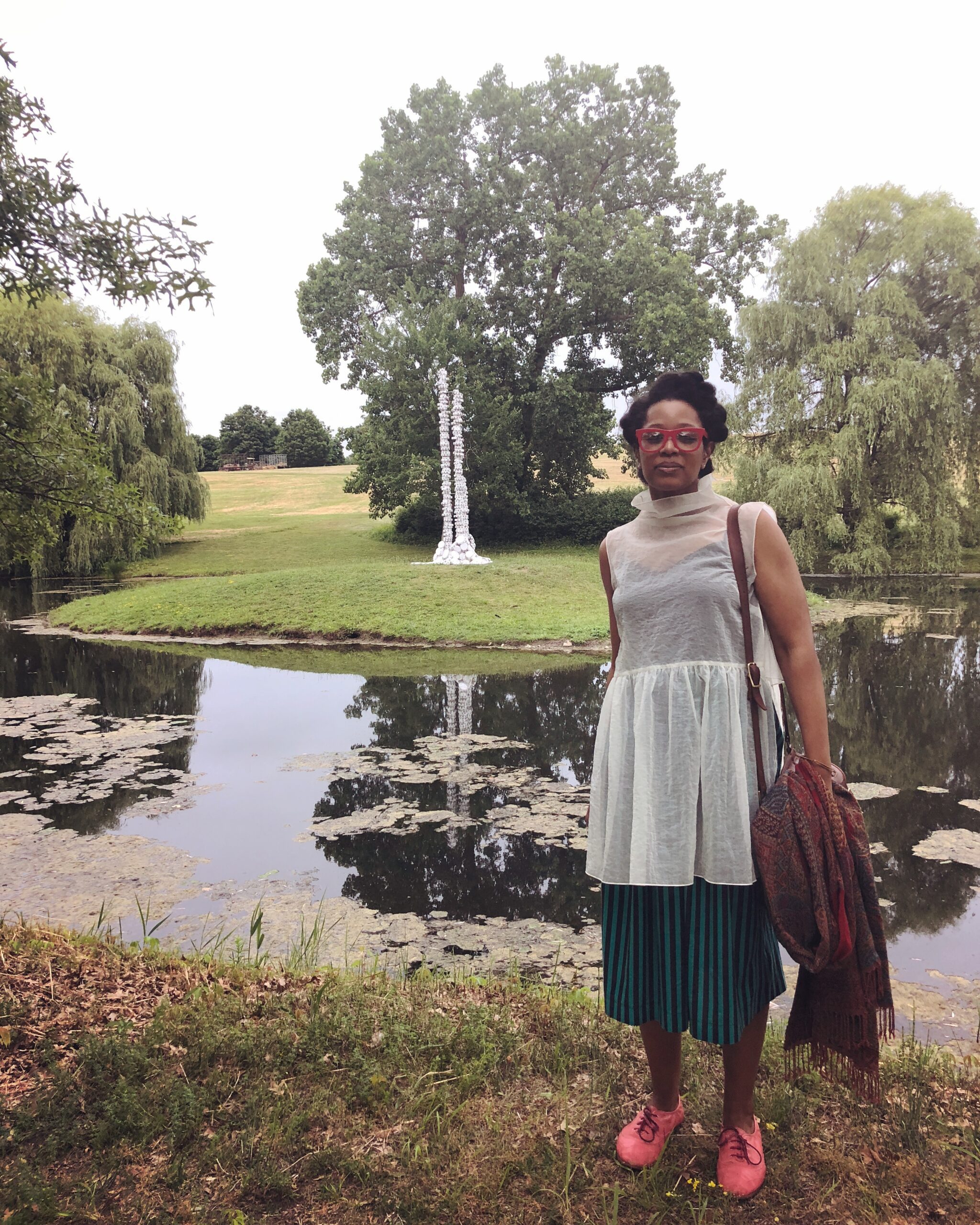 “We need to really recalibrate the climate change conversation with what is happening socially. We’re not going to get the full story if we don’t look at how things impact people, how a disaster impacts different communities differently,” said Allison Janae Hamilton.

Hamilton is a visual artist that works with a wide range of mediums, including sculpture, photography, video, and performances. She was born in Kentucky, but grew up in Florida while often visiting her family’s farm in Tennessee.

She has expressed the influence these places have had on her as an artist, especially in the relationship between her and landscape. “That said, being here and being immersed is important for me, and it’s important for the practice, because I need to be in the environment that I’m drawing from,” said Hamilton.

Although inspired by her environment Hamilton is in now way trying to document the world around her. As stated in a BerlinArtLink  article, “while Hamilton’s work draws on her own experiences of the American South, from Baptist hymns to hunting rituals, her practice in no way stands to document it. Instead, through a marriage of southern folklore and personal mythology, she imbues her landscapes with a mystique from which we can extract our own questions.”

Much of Hamilton’s art is centered around nature and climate change. She has said that in her art, the landscape is not a backdrop, but rather it is the protagonist.

“What if we looked at landscape and its history and symbolism, but also looked at how that has structured our world socially in so many ways?,” as said by Hamilton.

She tries to use the “drama” of the landscape to get a reaction from the viewer. “There’s a lot of drama and these remnants from a very long history of the land that’s always in your face all the time.”

In many of her projects, she has worked to portray different perspectives of the efforts of the climate movement.

In a 2018 piece called ‘The peo-ple cried mer-cy in the storm’ Hamilton chose to show the hardship of natural disasters.

The piece is two stacks of white tambourines, representing the two major hurricanes Florida had at the beginning of the 20th century (Great Miami Hurricane of 1926 and the Okeechobee Hurricane of 1928).

“I was really interested in how communities grapple with the after effects of natural disasters. And how they become social disasters,” said Hamilton in an interview with Storm King Art Center.

She also works to portray the inequities of climate change, and how these disasters. “[These natural disasters] illuminate some already existing disparities socially.”

“It’s really important to look at who the most vulnerable people are, and as natural disasters like hurricanes and other occurrences grow more and more intense, [to ask] how are they illuminating and shedding light on the already existing social disasters?” she told ArtNet News.