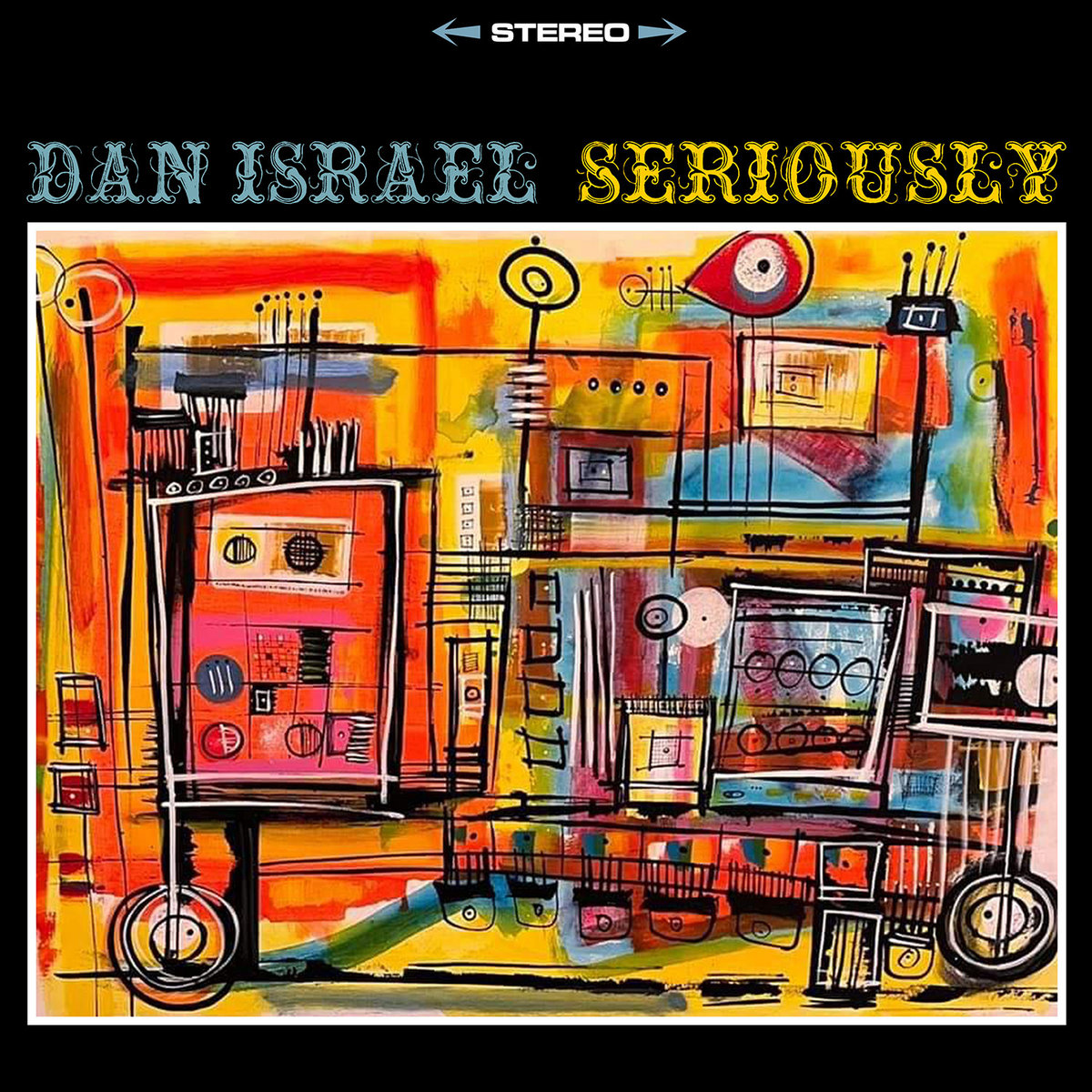 Dan Israel, a longtime fixture on the Minneapolis music scene, has released his new album, Seriously. The album’s colorful cover is by Laura Bennett and represents the music well. Similarly, Israel’s music and lyrics are lively and brightly colored on Seriously.

Dan Israel has been an integral part of the Minneapolis music scene for decades. He was first guest on 89.3 The Current’s “Local Show” and has been called “the hardest working singer-songwriter in Minnesota.” Israel also won Song of the Year (for “Come to Me”) in the 2005 Minnesota Music Awards and Songwriter of the Year in the 2006 MMA’s.

Elsewhere, Israel has received a 4-star review from the UK’s “Uncut” magazine for his 2007 album, “Turning”. This was just one of his 17 critically acclaimed albums. With a discography of that size, Israel proves he knows his stuff on his latest effort.

Israel’s last album, Social Distance Anxiety Disorder, was released in 2020 and was brutally honest and journal-like. The very of-the-times title referred to the COVID-19 pandemic. Also, the album’s opening track, “Wit’s End”, expressed how unsatisfied Israel was with the state of the times.

Seriously is also brutally honest – to say the least. The album’s opening track, “Happy for Now”, is a relatable track where Israel speaks on his struggle with mental health. Next, the second song and title track, “Seriously”, is sad and deeply personal. The first line of the the first verse is “Should I write another song that nobody hears?” This sense of brutal honesty is refreshing and accessible.

Mood-wise, the album doesn’t pick up much after the first two songs. The third song is romantic and the first of many love songs. Although, the album’s sad tone is continued throughout and reaches its peak on the fun but depressing song, “I Quit”.

Overall, Dan Israel’s music sounds great. It’s rockin’ and reminiscent of Tom Petty and the Heartbreakers. It’s clear that Israel loves what he does and my hope is that he never quits.