When people think of masks, they usually associate it with masquerade masks that are purely decorative, or face coverings which are a symbol of gangsters, criminals or terrorist groups. In the beginning of 2020, the Coronavirus pushed face masks to the crowds’ attention and triggered many conflicts between mask supporters and opposers. However, face masks have an interesting history of development. It reflects the progression of science and medicine as well as the culture differences between East and West.

The OG Face Mask: Nothing to Do With “Black Death”

In 6th Century BC, Zoroastrians of Persia would cover their nose and mouth with a piece of cloth to prevent their breath from polluting sacred atar (fire) during ceremonies. Although the method functions more like a “face covering”, it is the very first version of face masks. As written in The Travels of Marco Polo, in Yuan Dynasty, 13th Century of Ancient China, servants would cover their nose to chin with a piece of thin silk and tie behind their heads firmly so that their breath would not touch the emperor’s food while serving. 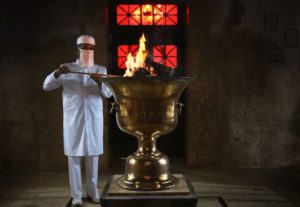 Although people associate the beak shaped plague doctor mask with the Medieval plague in Europe, the actual mask wasn’t invented until three centuries later. The first mention of the stereotypical plague doctor’s costume was by Louis XIII’s royal physician, Charles de Lorme in the mid 17th century. He developed an entire outfit for doctors made of Moroccan goat skin which included a long coat, breeches, gloves, a hat and of course the most famous plague mask. The mask is designed to be tight-fitting, with crystal eyepieces and a long beak usually about half a foot long, filled with perfume or herbs. The beak is the most important feature of the mask, it’s purposed to prevent doctors from inhaling air contaminated by the patient’s disease, which also suggests that doctors were aware that air is a media that transmits diseases. 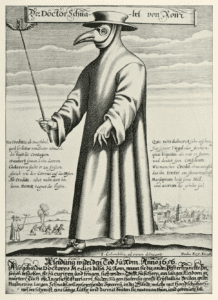 The famous Plague Doctor look in the 16th century 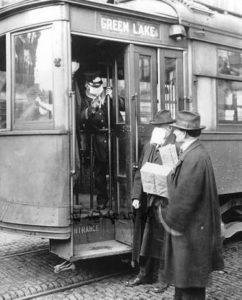 The Spanish Flu. People were required to wear face masks on public transport

Western countries tend to view face masks as a symbol of being sick. Even so, when most westerners catch a mild cold, they refuse to put on a face mask. To them, a person with a face mask on is equal to a threat to public health. East Asians on the other hand, especially Japanese, take others’ health as seriously as their own. People with flu like symptoms would wear masks to prevent transmission of germs; On the other hand, many healthy people would wear face masks during the flu season for double protection. During spring, when there is strong wind and allergies, most people wouldn’t leave their house without a face mask on. East Asians who live in cold places likes to use cotton face masks during winter to stay warm. The frequently smoggy weather in Beijing during 2015-2016 implied a serious health concern due to the low-quality air, therefore 3M micro particle prevention masks became popular. East Asian celebrities frequently wear face masks at airports to avoid paparazzi, even young girls like to use good looking cloth face masks when they’re feeling lazy to do makeup. Due to those reasons, face masks in East Asia are a commodity. They come in all styles and sizes, with different functions. Face masks are so commonly used that they became a part of the culture. When COVID-19 caused millions to die in Europe and North America, people finally started to realize the important part face masks play in disease prevention. 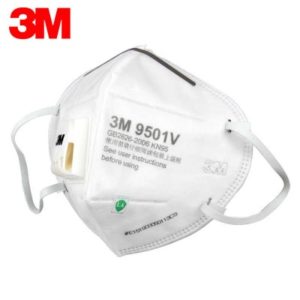 The most commonly worn 3M mask during the smoggy weathers 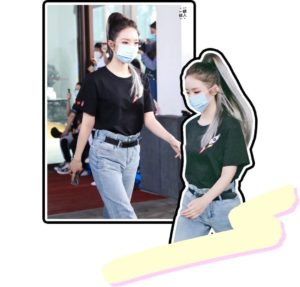 An Asian celebrity caught on camera wearing a face mask

How Long Do We Still Need to Wear Face Masks and What Will They Become?

Ever since face coverings in public became an enforced law, prices for one-use surgical masks and N95 masks increased tremendously yet were often in shortage. A lot of fashion houses as well as independent designers turned their production focus to making cloth masks. Although cloth masks are much less effective than surgical masks, they do provide at least some protection; the washable property allows the cloth mask to be reused over and over again, a better choice for those who struggle with making a living. 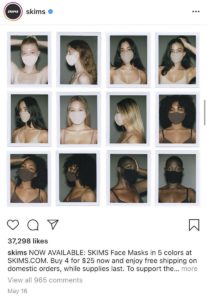 Some designers started to experiment with designs on cloth masks, using techniques such as embroidery, tie-dye and embellishments. There are several designers who incorporated filter pockets and nose wires into their face masks for better fit and protection. Most people incline towards those face masks since they make a fashion statement. 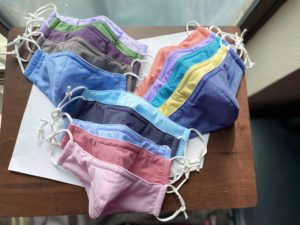 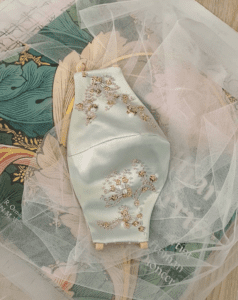 A beaded face mask. Sure is pretty, but is it as effective as surgical masks?

Even though most states are gradually reopening, face masks are still required to be worn. There is a possibility that face masks would likely become a common accessory in stores, some people would choose to wear face masks for aesthetics instead of disease prevention. 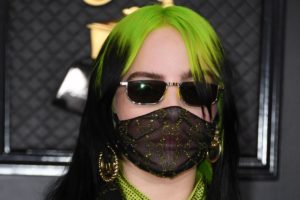 Billie Eilish wearing a Gucci face mask for aesthetic reasons, before the outbreak of COVID-19

What is the Black in Fashion Council?

We Are So Happy To Officially Announce The Limited Edition Ksubi x Travis Scott Collection Is Set To Launch Today!!

Happy Bey Day to the Most Adorable Queen!