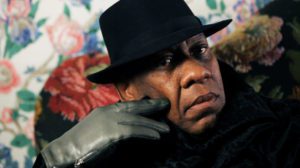 The documentary, “The Gospel According to André,” directed by Kate Novack, reveals a more intimate side of the former Vogue Editor at Large, André Leon Talley, and journeys through his life to give people a true sense of how he grew up, what inspired him, and how both his upbringing and his self-drive navigated him on the path to his prominence as a world-renowned fashion editor. The limited-release documentary hit theaters April 28th, but has created a wave effect for people to check it out well into the summer.

As I walked into the Landmark on W57th in New York, the theater was completely filled, everyone  intently focusing on the messages of the film. Magnolia Films had excellent cinematography that illustrated the elite lifestyle and golden fashion moments from the 1970’s, during Talley’s hey days, while keeping his present status honored with a hint of dramatics and comedy. Then again, when we hear his vivacious voice speak so passionately about what is walked down the Yves Saint Laurent runway, where to go in Paris, and what look makes him bask in “joie de vive,” who could resist his natural flamboyant charm?

Growing up in Durham, North Carolina with his beloved grandmother who was a staff member at Duke University, André developed his sheik mannerism and love for fashion from his day-to-day church appearances. Kind, obedient, with an appetite for knowledge that never ceases, André challenged himself to follow his dreams and attended Brown, where he took a major in French studies. Although times weren’t easy back in the early 1970’s, people were still accustomed to segregation and racial differences. A few Caucasian students actually hit André with stones on the way to campus but the shock of difference in social etiquette only compelled him to pursue his dreams further.

Taking a risk for the sake of opportunity against his dear grandmother’s wishes to move to New York City proved worthy. Working at the Andy Warhol Factory and volunteering with Diana Vreeland gave him an unforgettable image that carried him to each major move in his career. Anna Wintour, Marc Jacobs, Valentino Garavani, Diane Von Furstenburg, Whoopi Goldberg, and a slew of other fashion experts commented on Mr. Talley’s grand ambitions, sharing personal moments they’ve experienced with him. Ms. Anna Wintour bashfully admitted how he knew more about fashion than she did, giving his expertise extreme importance. 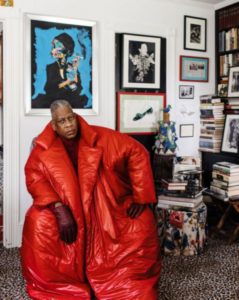 The scenes of the documentary allowed you to walk through his life with him. It made the audience feel personally connected to him in a way that evoked many outward expressions throughout the whole movie theater. Each flashback and recollection was stimulating, and his quest through archived garments and magnificent dresses awoke the inner fashionista in me and notably the whole audience!

His pride for his roots and his ability to allow his core beliefs to shape his career by assuring more African American models and employees in the fashion industry is powerful. He faced a lot of adversity throughout his career where people high-end or low-end would call him names like “Queen Kong,” accusing him of sleeping his way to the top and although these slanders were emotionally discomforting, he didn’t allow it to change his professionalism. His personality and intelligence created decades of editorial genius that has inspired millions worldwide. In this documentary, you get an up close and personal understanding of how it all transpired, and how André Leon Talley transformed his own life and the whole fashion industry in ways that inspire all to follow their passion without resistance.

Seashell Jewelry are Chic for this Summer

Ageism: Is Gucci Giving it the Boot?