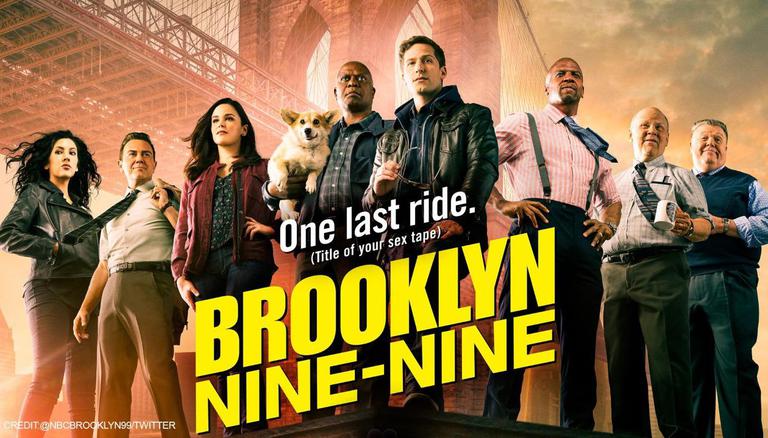 NBC’s cop comedy Brooklyn Nine-Nine has returned to television for its eighth season, with its first four episodes available to watch on Hulu, Peacock, and NBC.

Season 7 was the first to end without a cliffhanger, instead of with a dramatic episode concluding with the birth of main characters Jake Peralta (Andy Samberg) and Amy Santiago’s (Melissa Fumero) first child Mac, named after John McClane from Die Hard. The finale aired on April 23, 2020, just one month before the tragic murder of George Floyd by Minneapolis police officer Derek Chauvin. As we all know, the video of this crime went viral and irrevocably altered this nation’s relationship with police officers, leading to a summer of impassioned protests and calls for change.

Brooklyn Nine-Nine had already been approved for an eighth and final season, but after this year’s events, the script was scrapped in the interest of tackling the issues of police brutality, BLM protests, and systemic racism. Always an unapologetically progressive show, Terry Crews’ confirmed to Access Daily when the script was thrown out that “we have an opportunity, and we plan to use it in the best possible way.” He elaborated on the discussion around it, noting that the showrunners already had four episodes written and abandoned them in the wake of George Floyd’s murder. “We’ve had a lot of somber talks about it and deep conversations, and we hope through this we’re going to make something that will be truly groundbreaking.” 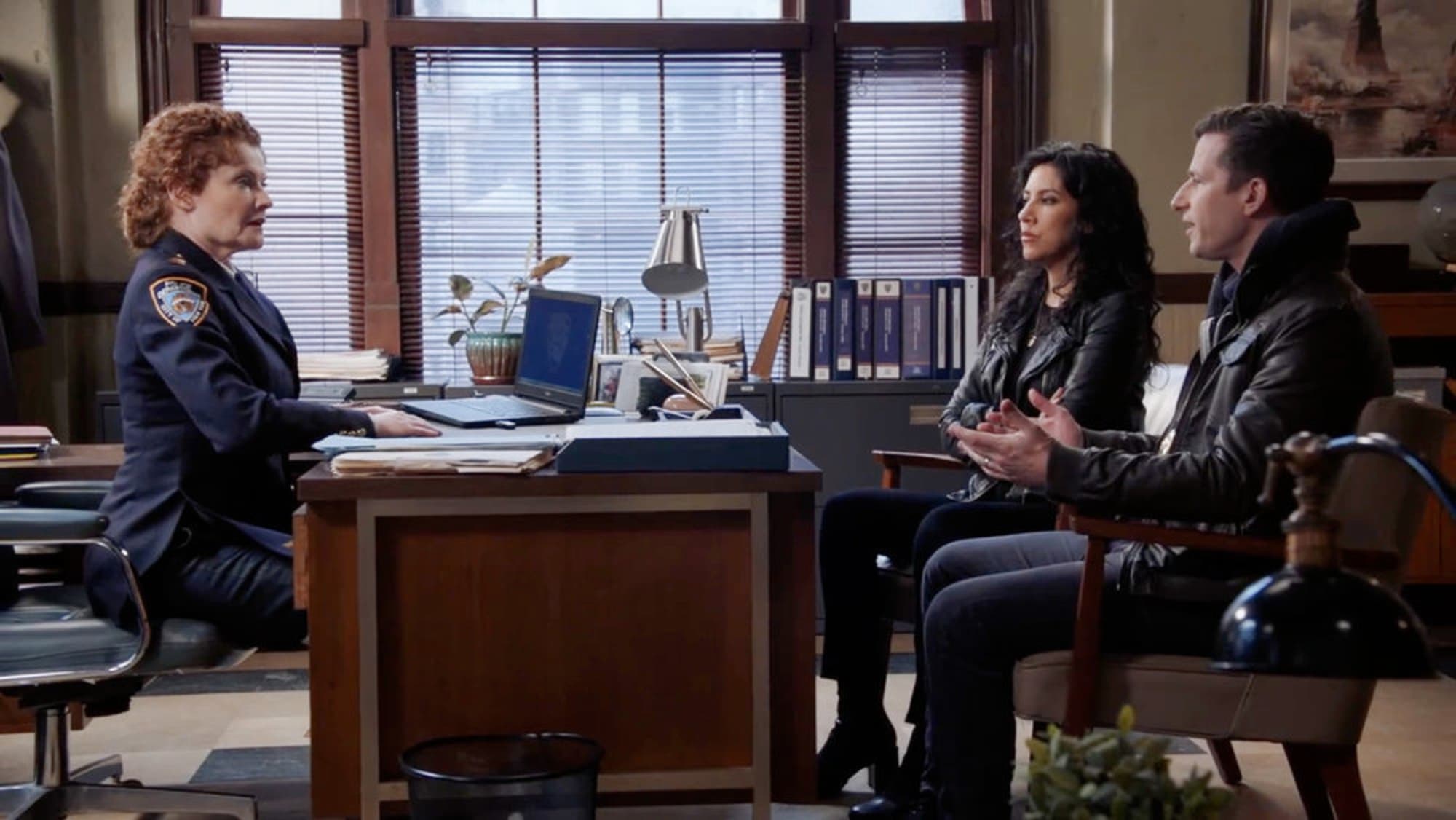 Jake (Andy Samberg)(R) and Rosa (Stephanie Beatriz)(M) talking to Captain Lamazar (Rebecca Wisocky)(L) about the conduct of her officers. Season 8, Episode 1, “The Good Ones”, Brooklyn Nine-Nine

The first episode kicks off with Detective Rosa Diaz, played by Stephanie Beatriz, announcing that she has quit the force and is now working as a private investigator focusing on cases of police brutality. Centering around a black woman assaulted by police with no apparent probable cause, Jake and Rosa team up and discover a system intent on protecting its own, instead of the truth, as well as community-wide distrust of the NYPD as a whole.

The third episode, entitled “The Blue Flu,” highlights schemes within the police union, as the season’s apparent antagonist, union representative O’Sullivan organizes a uniformed officer strike using a “contaminated food” scheme that has been seen in real-world police forces. Leaving the Nine-Nine short-staffed, the squad sets out to prove that the “Blue Flu” is a hoax, but ends up proving that though the precinct didn’t hit their arrest targets, they saw a huge decrease in officer complaints and thrown out cases, all while violent crime levels remained relatively stable.

It is not an easy task to target such hot-button issues while still under the category of ensemble comedy, yet Brooklyn Nine-Nine accomplishes this with both grace and wit. With a full season of new episodes to look forward to, we should expect to see more of these issues faced head-on, artfully intertwined with comedic relief and the lovable family dynamic fans have come to know and adore. 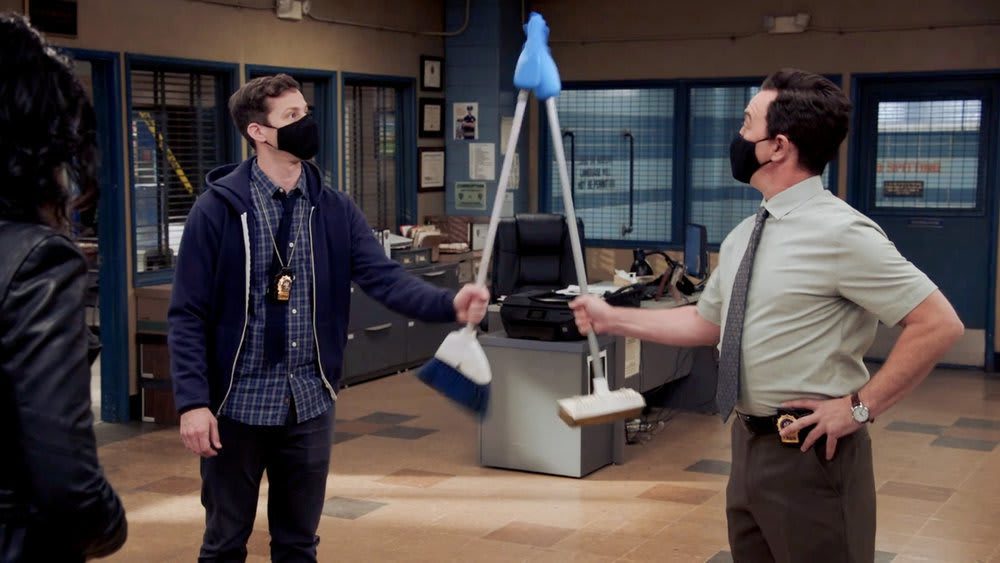