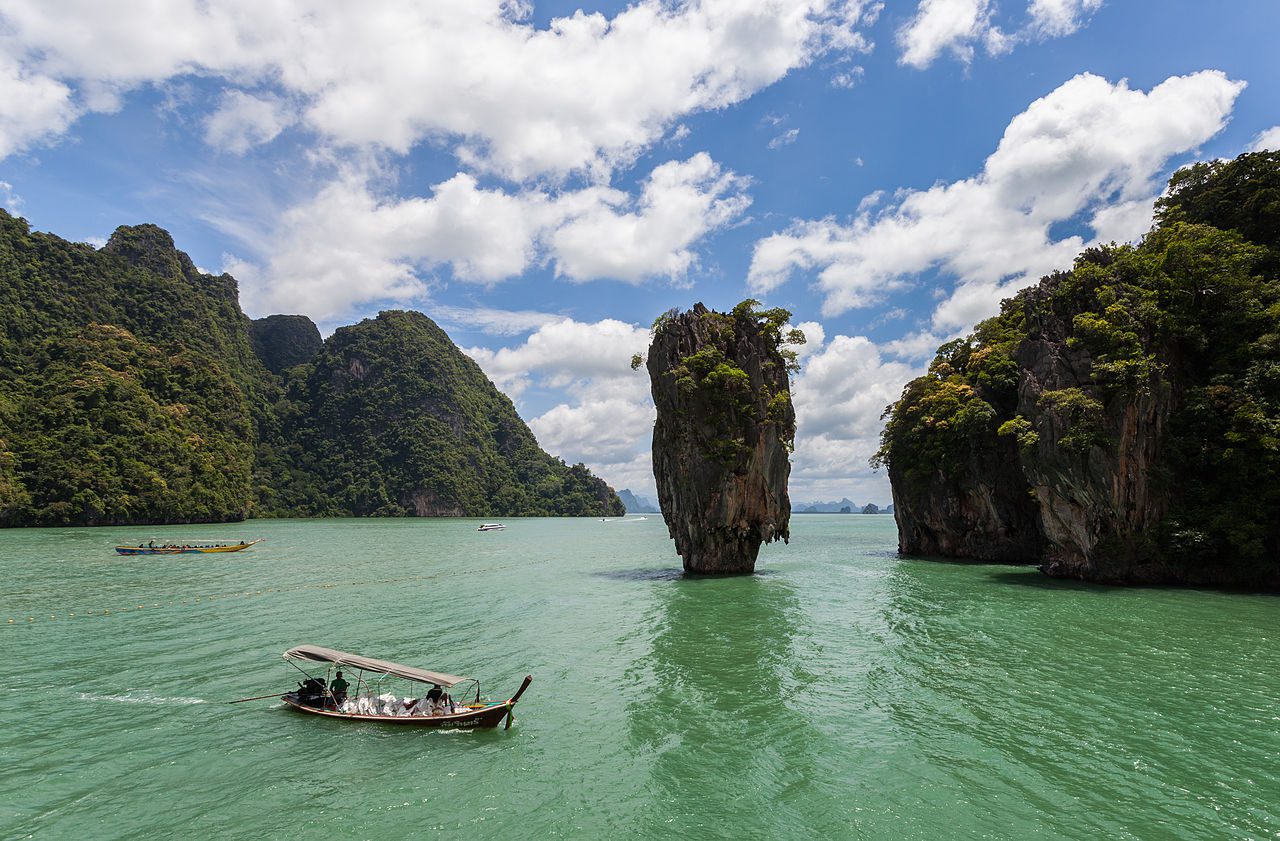 Sometimes it’s the fun facts that make traveling so much fun, and for me one such fact I came across in my travels was while spending time in Switzerland. While there, I stumbled upon a film site of the 1969 James Bond film, On Her Majesty’s Secret Service. Although the locations listed here aren’t exactly a quick bus ride away from one another, there might be fun stops to add for those traveling to these countries and in the need of feeling like a secret agent. Consider them as you read along and take some notes, because Bond has taste.

This spot acted as the big duel scene set piece to the 1974 Bond film, The Man with the Golden Gun. The tall rock, or islet, that gives the scene its famous look is called Ko Tapu, and the greater area itself has been sometimes deemed the James Bond Island. For those curious about the islands, the rock is formed from limestone and they are part of the Ao Phang Nga National Park. The greater park itself offers such beauty that rampant tourism has found its way there in past years, so those who go should be mindful of what beauty lies in nature there. The park is tasked with responsibility such as protecting the last standing native mangrove forest left in Thailand to date. This Bond location definitely errs on the side of natural beauty, and not to say the next one doesn’t, but moving on let’s add some thrill.

9,740 meters up at the Schilthorn summit in the Bernese Alps, the Piz Gloria restaurant was where I ate when I discovered it was the filming location of On Her Majesty’s Secret Service. The views were incredible, but what was peculiar was just how much of the revolving building was dedicated to Bond himself. It undoubtedly had the nail-biting whoa factor needed for a spy thriller, and it got me wondering just how many little corners of the world had the Bond films touched. I hadn’t expected to make my way all the way up the mountain to find a restaurant dedicated to a James Bond film, but it was such a pleasant surprise that I wanted to learn more. 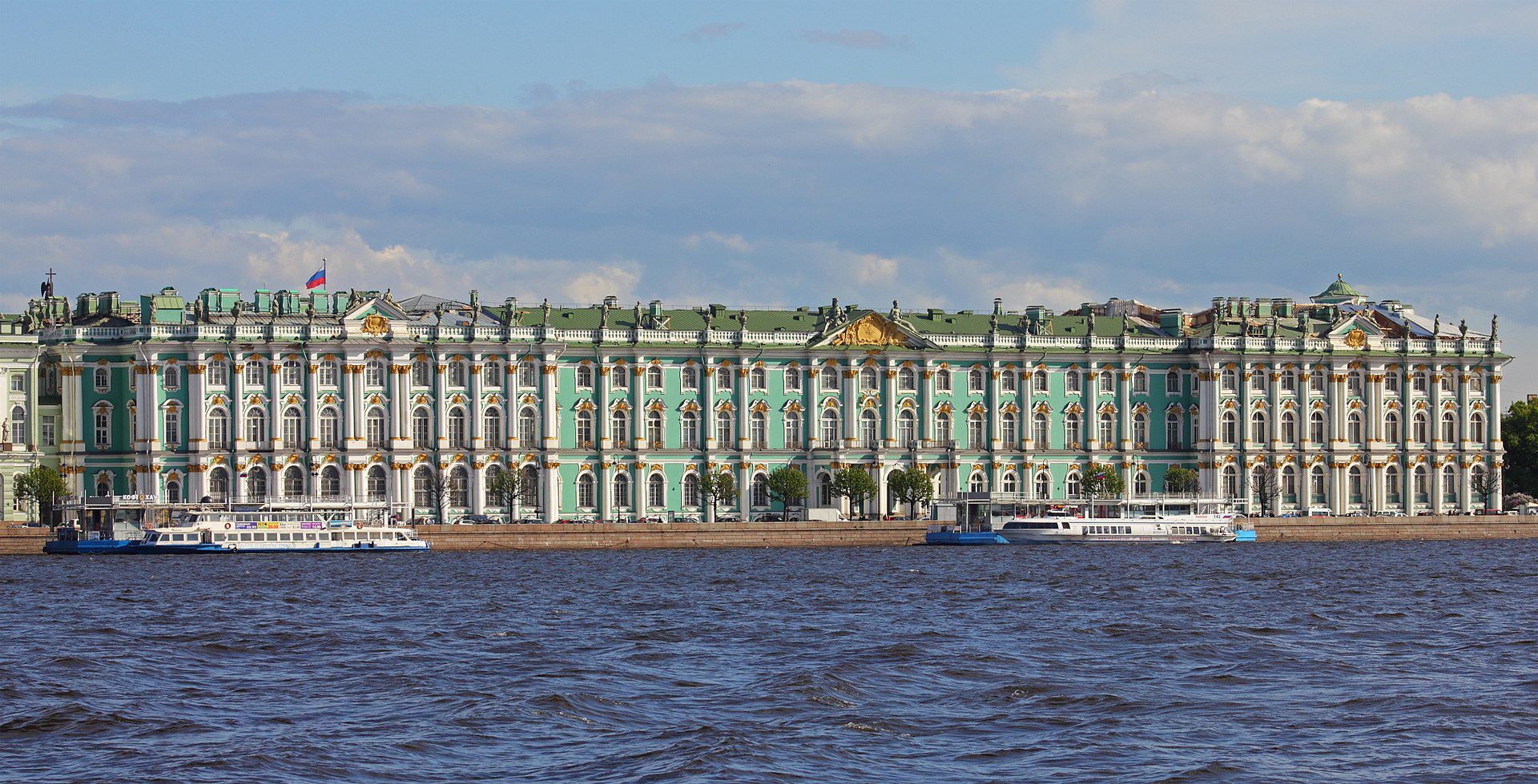 Jumping forward a bit to 1983, Bond visits the museum back when it was still Leningrad, Soviet Union, in the movie Octopussy. There are said to be over three million different items of art at the museum, between those on display and in storage, and it is known for being the place with the largest collection of paintings in the world. In 2019 it was the eighth most visited art museum in the world, and in following Bond’s taste for beauty in nature, it is no surprise he has a great taste for the fine arts too. The area around the museum is known as Palace Embankment, and is worth checking out because it is home to other large complexes of notes, such as: the Museum of Porcelain and the Winter Palace.

Inching forward in time to 1985, Bond travels to Paris in the film A View to a Kill. Following in the theme of art, the chateau itself is noted for one of the greatest collections of French art and is home to rare book illuminations. To get a better idea of just how amazing the compound really is, take a look at this video by a YouTuber who decided to tour the grounds and line up the footage with the film clips: https://rb.gy/pba881 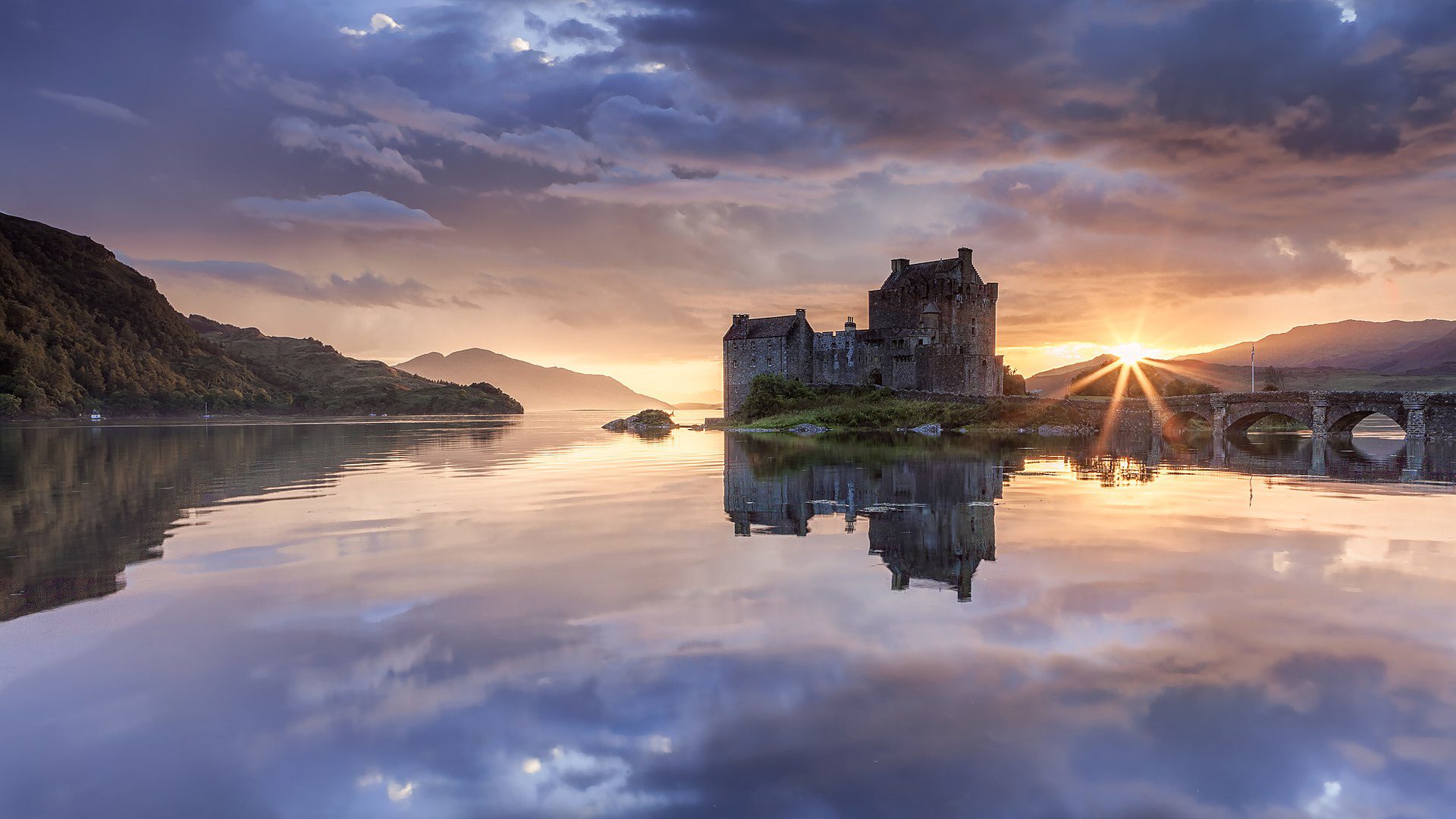 Lastly, we go to 1999 in the film The World is Not Enough. The tranquil tidal island of Eilean Donan was too beautiful and luxurious to pass up for this, and it seems cinema would have to agree. The castle itself is another spot for history buffs to enrich themselves with days passed, and it is recognized as a Scottish icon in the modern age. It has had many restorations over the years, and has been through many different versions as its history is sometimes unclear. Seeing it in its current form is interesting though, and it is much like how James Bond has taken on many forms over the years.

The Eilean Donan hasn’t always looked the same, and neither has Bond, but maybe such diversity is what keeps such amazing works of art fresh and intriguing. Bond and Donan have definitely changed their way through time, and even after studying up on my James Bond films in researching these places, the films themselves document how we as a people have progressed throughout history. It is great that places like Eilean Donan give us a glimpse into humanity’s history, but it is equally as important to look back on Bond and see just how far we’ve come in cinema and as a collective people in recent times. Whether it is studying up on where we are thankful to our progression as collective humans, or where it is we came from, it is important to give time to nature, art, and history so we can guide ourselves on a better path going forward.