The End May Be Near For The Brooklyn Nets 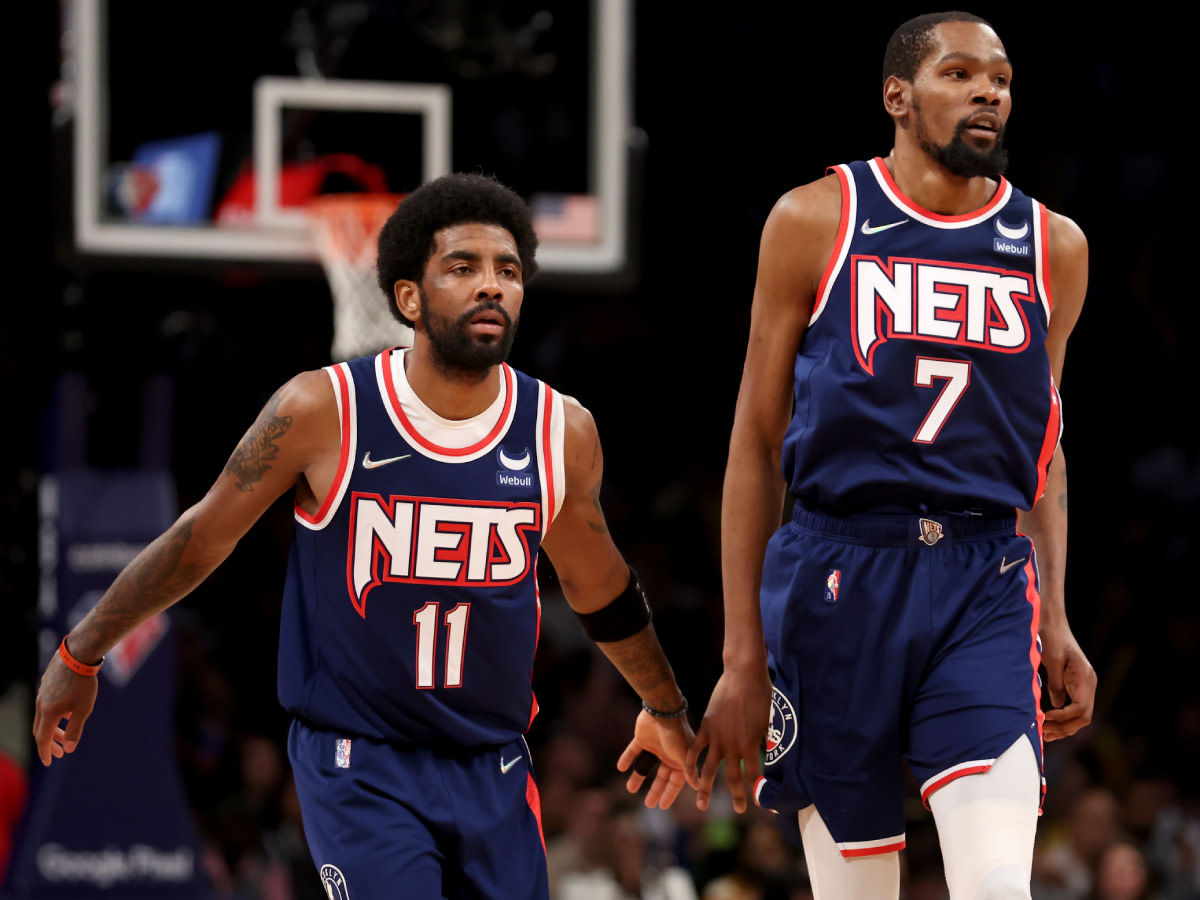 The End May Be Near For The Brooklyn Nets

Image via Fade Away World

It has been over three years since the Brooklyn Nets signed both star players Kevin Durant (forward) and Kyrie Irving (guard) to four-year deals with the franchise, hoping that these two players would deliver a championship to Barclays Center. But unfortunately, that hasn’t been the case for the Nets.

After Irving opted into his contract to stay with the Nets, Durant requested a trade from the Nets.

This shocked many NBA fans, including myself. Many thought Durant would stick with Irving in Brooklyn after he opted in, but that doesn’t look to be the case for now.

Ever since Irving and Durant joined the Nets, they have not found much success on the court. A big part of it is due to a lack of chemistry.

Both players have played 44 games and have not found much play time together in their four seasons in Brooklyn.

In their first season with the Nets, Durant was still recovering from an Achilles injury he suffered in game five of the 2019 NBA finals against the Toronto Raptors. On the other hand, Irving only played 20 games that same season with the Nets before the 2020 NBA season was shut down due to the Covid-19 pandemic, which led to the season resuming in the bubble, but Irving discontinued his season.

The following season, the Nets decided to push their chips at the front of the table and go all-in as they would trade for all-star guard James Harden from the Houston Rockets. With the Nets forming a big three, they had arguably the best odds out of any team to win the NBA championship with three all-stars capable of scoring 20 plus points a game. Unfortunately, although the Nets had a big three, their lack of depth, coaching experience, and health caught up to them.

After defeating the Celtics in five games last year in the first round of the Playoffs, the Nets would then lose to the previous NBA champions, Milwaukee Bucks, in a seven-game thriller. Although they were up 2-0 to start the series, injuries to Irving, who was out the remainder of the series after his ankle injury in game four, and Harden, who played through the series with a hamstring injury, caught up to the Nets and with only so much Durant could do, it was not enough.

This past season, after the big three in Brooklyn failed, the Nets traded Harden to the Philadelphia 76ers for Ben Simmons, Seth Curry, Andre Drummond, and a couple of first-round picks. Although the Nets were able to get a couple of good role players out of the street along with signing point guard Patty Mills in the offseason, not having a third guy on their team along with a disgruntled Irving, mainly due to vaccine issues, hurt the team‘s chances as we advance as they would go on to get swept in the playoffs by the former Nets assistant Coach Ime Udoka and the Boston Celtics in four games.

After this past season being deemed a failure and two superstar players likely on their way out, the future looks bleak for Brooklyn.

While other teams across the league are trying to find ways to better their roster, despite trading for Utah Jazz power forward Royce O’Neale and signing Pacers forward T.J. Warren to a one-year deal, the Nets haven’t made a big-time move that can help improve their team. They don’t have much cap space or attractive assets to make such moves.

The only positive the Nets can take from this offseason is the Rudy Gobert trade.

Recently, the Timberwolves were able to pull off a trade that landed Rudy Gobert in Minnesota. However, the Timberwolves had to give up four future first-round picks, guards Malik Beasley and Patrick Beverley, small forward Leandro Bolmaro, center Walker Kessler and power forward/center Jarred Vanderbilt.