No NBA Games On Election Day 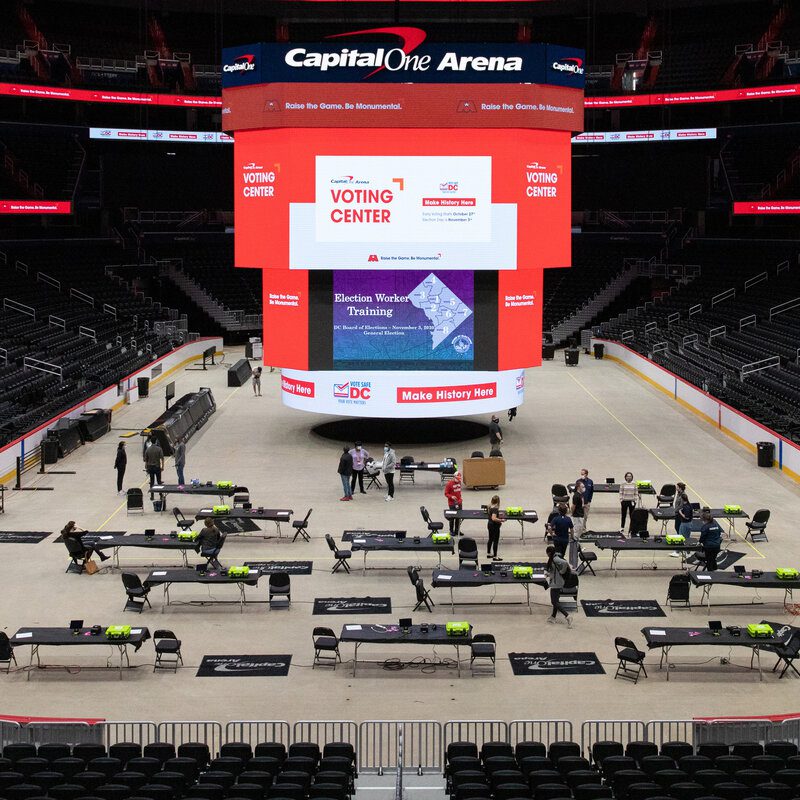 No NBA Games On Election Day

It seems the National Basketball Association is trying to get more voters to the poll for the upcoming midterm elections. The association announced yesterday that no games will be played on Tuesday November 8, 2022, this election day. Instead, the league will have 30 games played on that Monday November 7th. This will not only encourage players and staff, but also fans to participate in their civic duty.

“The scheduling decision came out of the NBA family’s focus on promoting nonpartisan civic engagement and encouraging fans to make a plan to vote during midterm elections,” the league said Tuesday.

The league usually has a clear schedule for Christmas and Thanksgiving, so this is a bit of a shift in scheduling. However, the NBA wants to emphasize Election Day as “incredibly important to our democracy.” Many players in the past have been vocal about pushing for more civic engagement. Some have even personally participated in voting registration drives, turning arenas into voting/voting registration centers. During the 2020 election, 23 facilities were converted and used for voting to help create secure areas for voting.

Andrea Hailey, the CEO of Vote.org who has worked with the NBA and many of their efforts, spoke out about the schedule change. She stated, “Players, coaches, event staff and fans all deserve to have the time and space to make their voices heard at the ballot box. The league is setting an important precedent that I hope other businesses and leagues will follow.”

Fans seem to be okay with this schedule change. Although, most are more focused on when games will actually be played. Especially since the NBA also announced the full regular season schedule will soon be released.

Visit nba.com to see the schedule.